Looking Back: Building a Seven-Mile Canal in Cape Cod


The Cape Cod Canal is a manmade waterway in Massachusetts linking Cape Cod Bay in the north to Buzzards Bay in the south. The seven mile long canal is part of the Atlantic Intracoastal Waterway and crosses the isthmus of Cape Cod. Much of the canal's length follows two former tidal rivers, Manomet aka Monument River to the south and Scusset River to the north which were widened to 480 ft. (146 m) and deepened to 32 ft. (9.75 m) at mean low tide. The canal cuts 135 mi. (217 km) off the trip around Cape Cod for its estimated 14,000 annual users. Most of the Canal is located in Bourne, Mass., but its north easternmost terminus is located in the town of Sandwich.

On June 22, 1909 construction began for a working canal under the direction of August Belmont Jr.'s Boston, Cape Cod & New York Canal Company. In 1928 the United States government purchased the canal for the sum of $11,400,000 to use as a free public waterway. The high level Bourne and Sagamore Bridges and the vertical lift railroad bridge were built between 1933 and 1935 at a cost of $4.6 million. The canal was widened and deepened under the auspices of the United States Army Corps of Engineers between 1935 and 1940 at a cost of $21,000.000. The Works Progress Administration provided the funding.—CEG 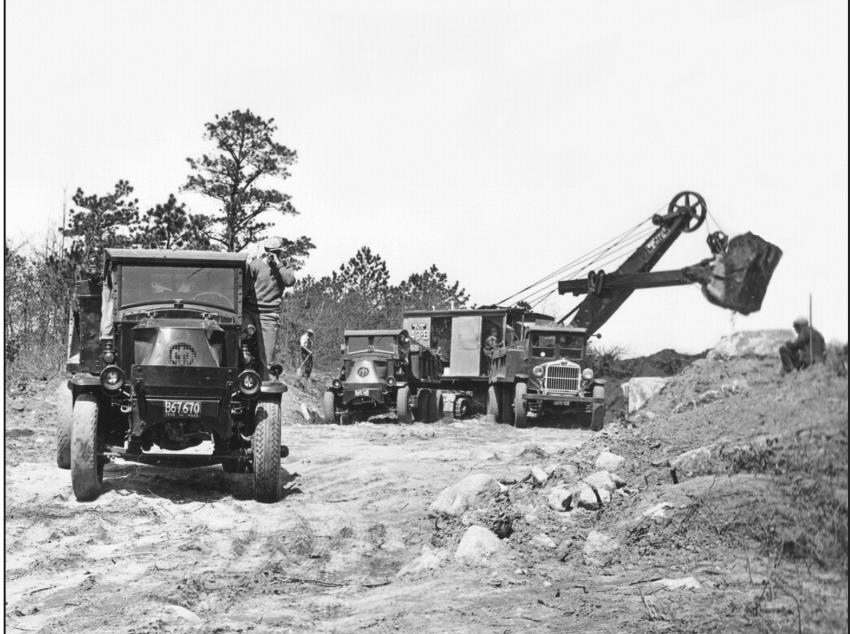 National Archive photo - Arute Bros. Inc. of Bridgewater, Mass., held the contract for the relocation of the highway on the south side of canal made necessary by the canal widening project. Arute is using a Bucyrus- Erie 43-B shovel with a 1-3?4 cu. yd. (1.34 cu m) dipper to load heavy duty Mack AC and Sterling chain drive dump trucks. The photo was taken on May 1, 1935. 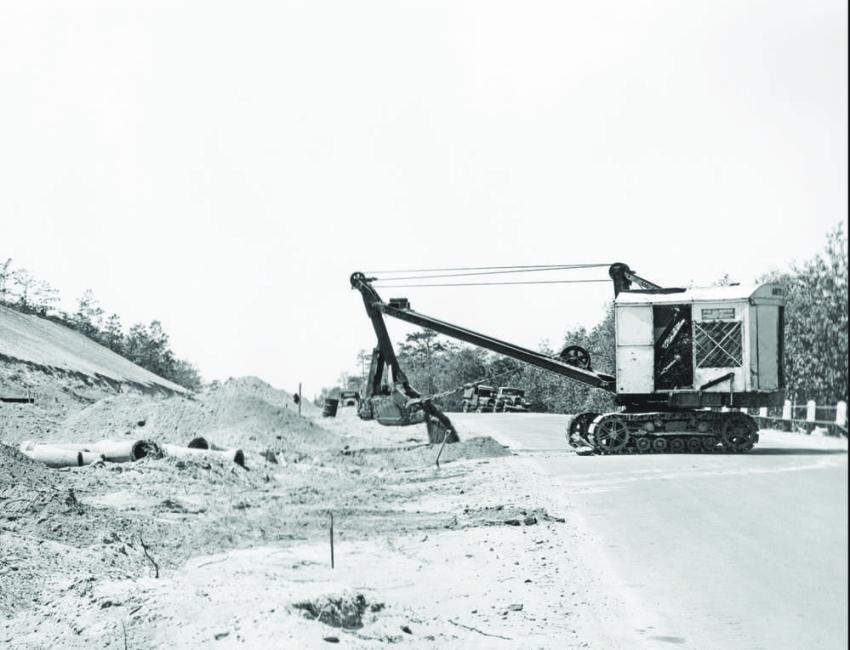 National Archive photo - All Depression Era W.P.A. work was designed to employ as many workers as possible and Arute’s job was no exception. The photo taken June 3, 1935 depicts workmen hand raking dense graded stone base on the roadway. 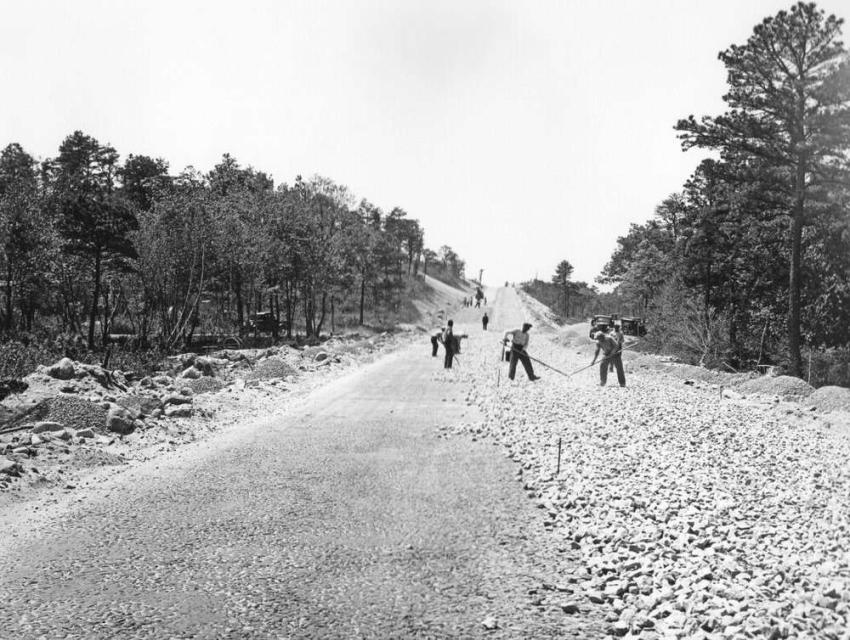