Looking Back: Cranes From the 1950s 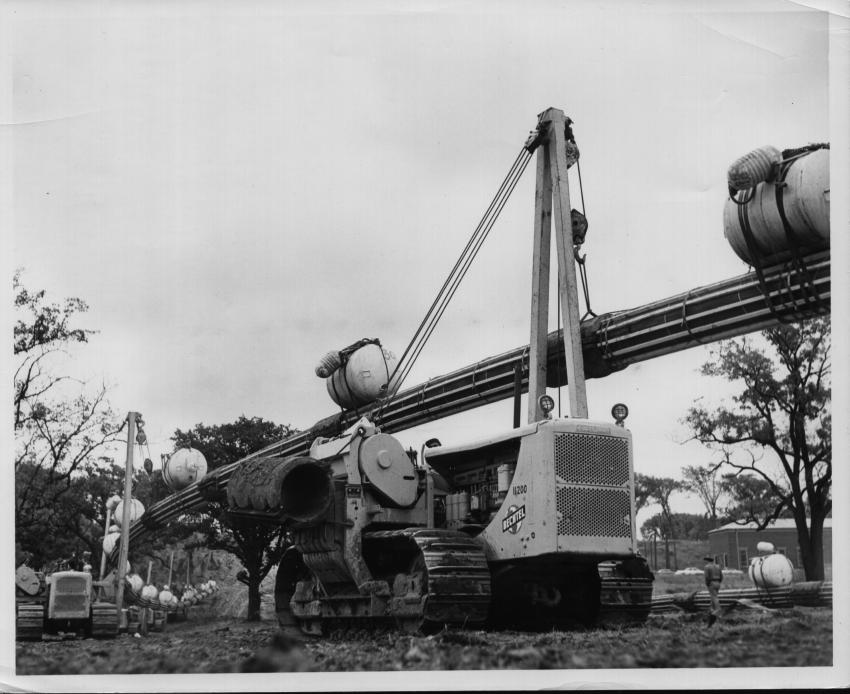 Pipeline construction often required a host of pipelayers to place long sections of pipe. Eight Cat pipelayers are visible in this Sept. 11, 1954 scene as they hold a 600-ft. section of pipe. They will walk it to the edge of the Niagara River during construction of the first pipeline, a natural gas line for the Tennessee Gas Transmission Company, to cross the river. (Dunbar & Sullivan Dredging Company collection, HCEA Archives) 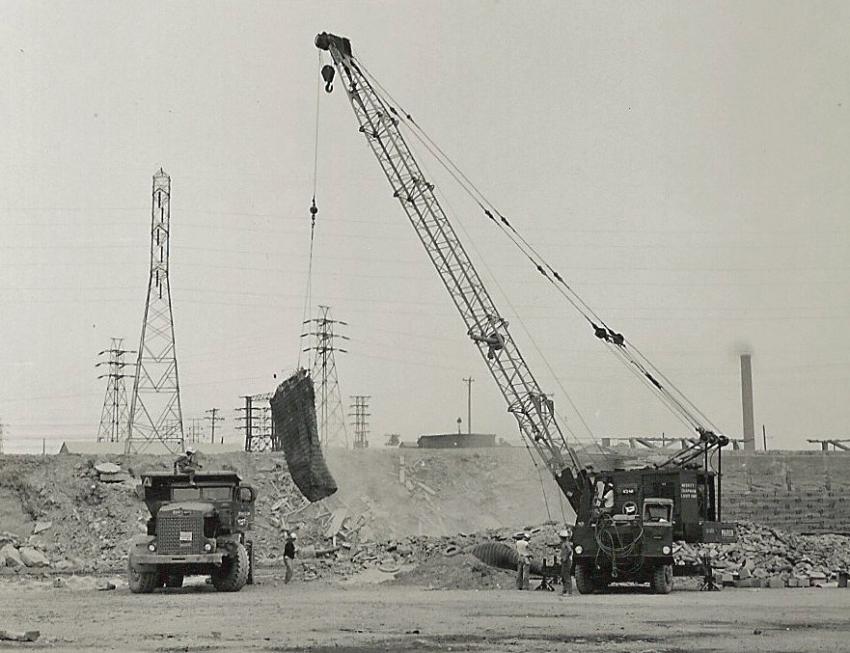 On August 15, 1959, sixty years ago, Merritt-Chapman & Scott is using a Marion 43-M truck crane to pick a blasting mat during construction of the Niagara Power Project. The hauler is one of some 120 R22 and R27 Euclids and PH95 Payhaulers M-C&S massed to handle nearly 17 million yds. of rock excavation on two contracts to construct the power plant, intake structure and two conduits. The mat is placed over a small blast to contain debris. (Marion Power Shovel Company photo, HCEA Archives) 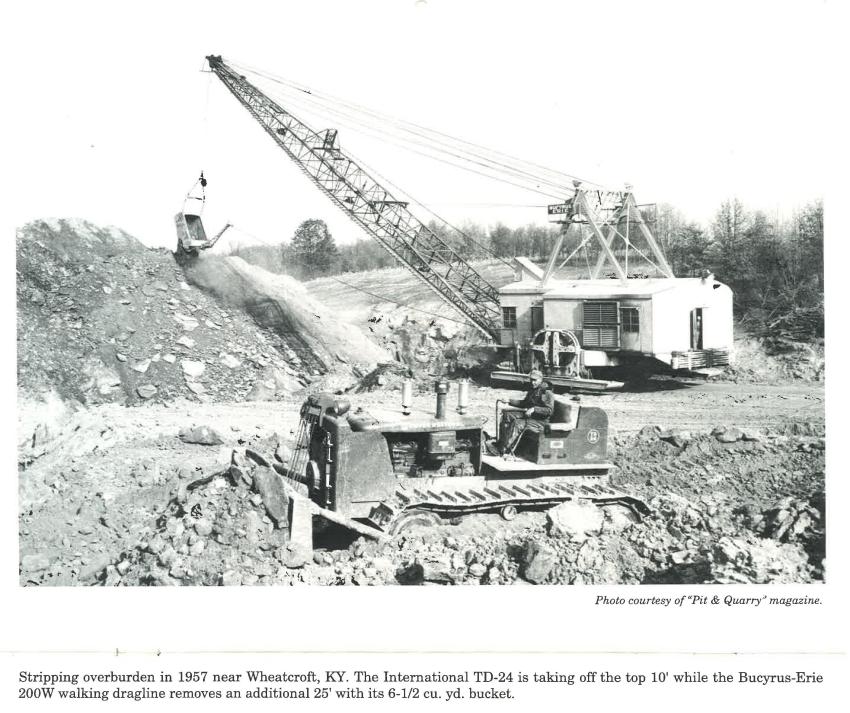 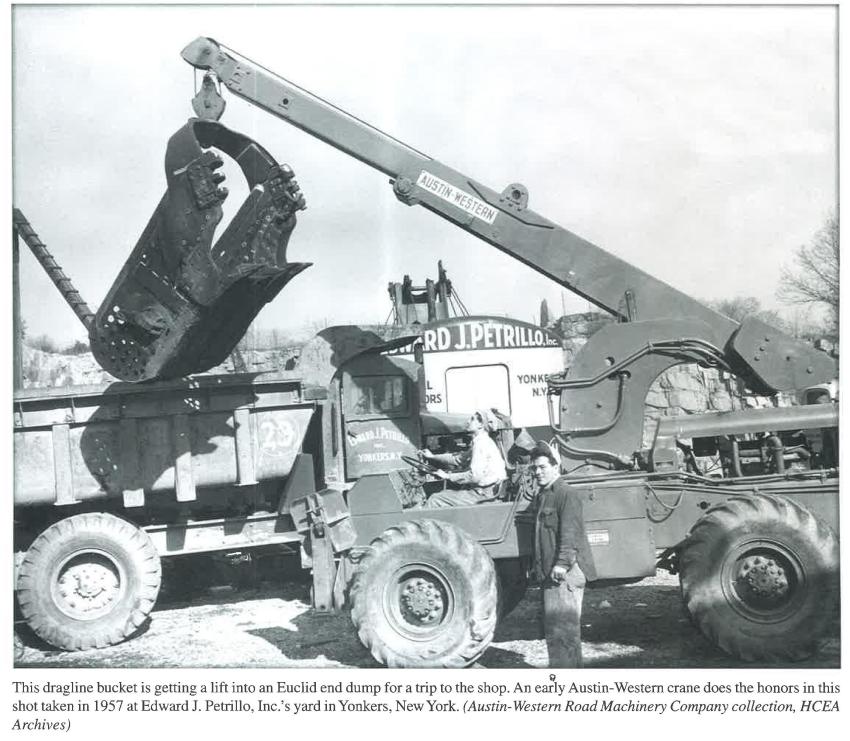 This dragline bucket is getting a lift into an Euclid end dump for a trip to the shop. An early Austin-Western crane does the honors in this shot taken in 1957 at Edward J. Petrillo I (Austin-Western Road Machinery Company collection photo, HCEA Archives) 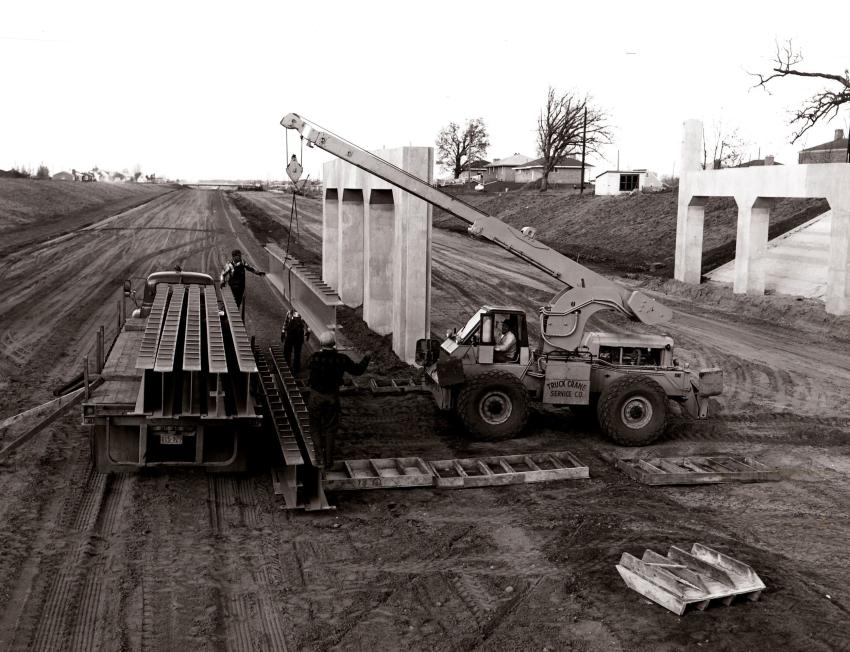