Oceans built to order with miniature ships in miniature storms...on a miniature sea at Cabin John, Md., said Caterpillar Tractor at the time. The ship testing basin near Cabin John, Md. was constructed by Turner Construction Company of New York under a $2,675,000 contract. Ground was broken on Sept. 8, 1937 and the project was completed in June 1939. The heavy site work was tackled by Potts & Callahan Contracting Company, Inc. of Baltimore, Md. The excavation included 140,000 cu. yds. of earth and 30,000 cubic yards of rock. 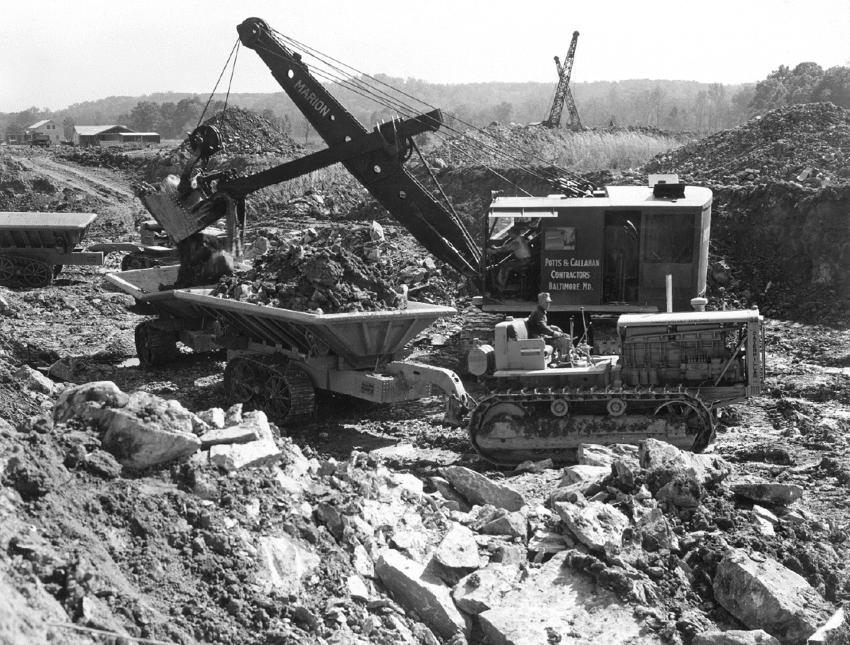 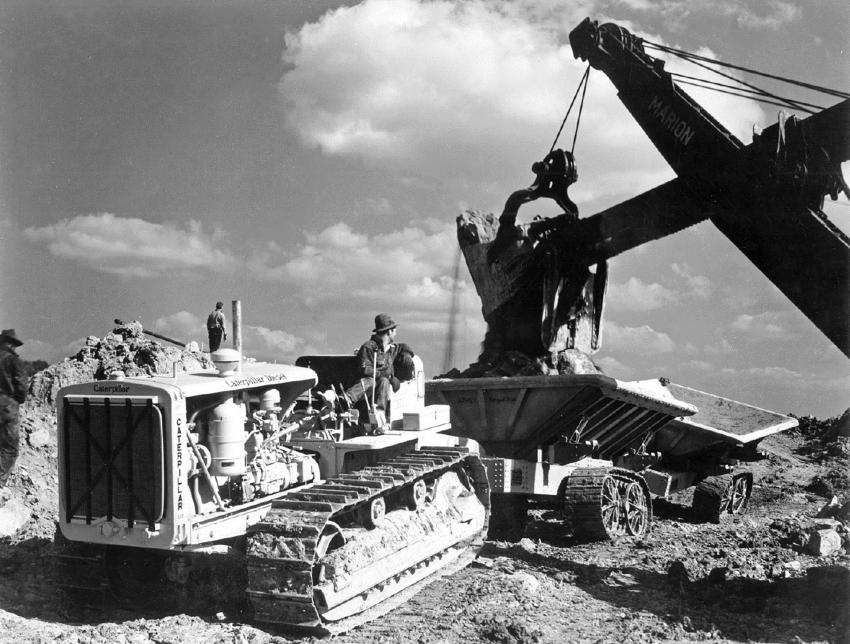 The heavy excavation continues with the Marion shovel filling the Athey wagons. The photo was taken during October 1937. (Caterpillar Tractor photo 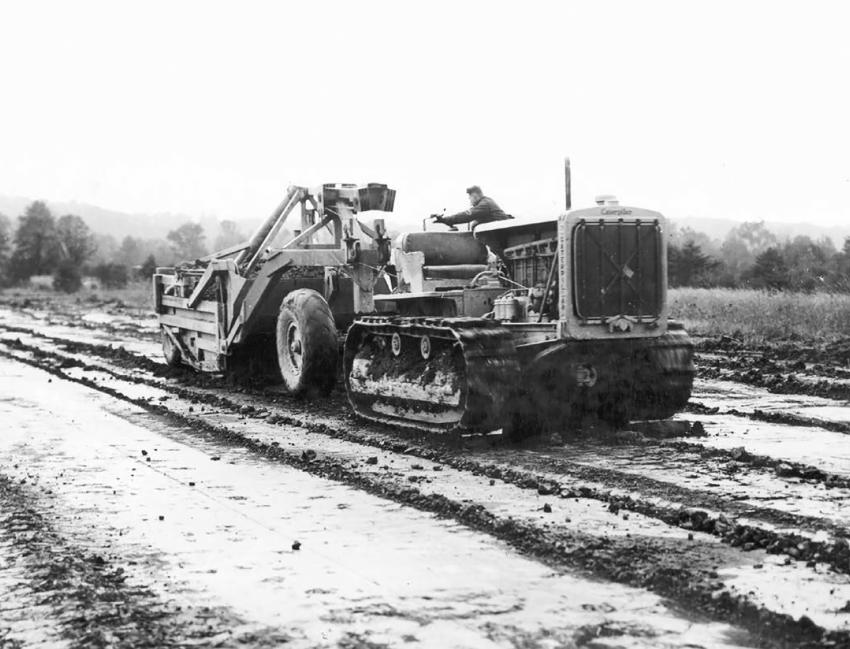 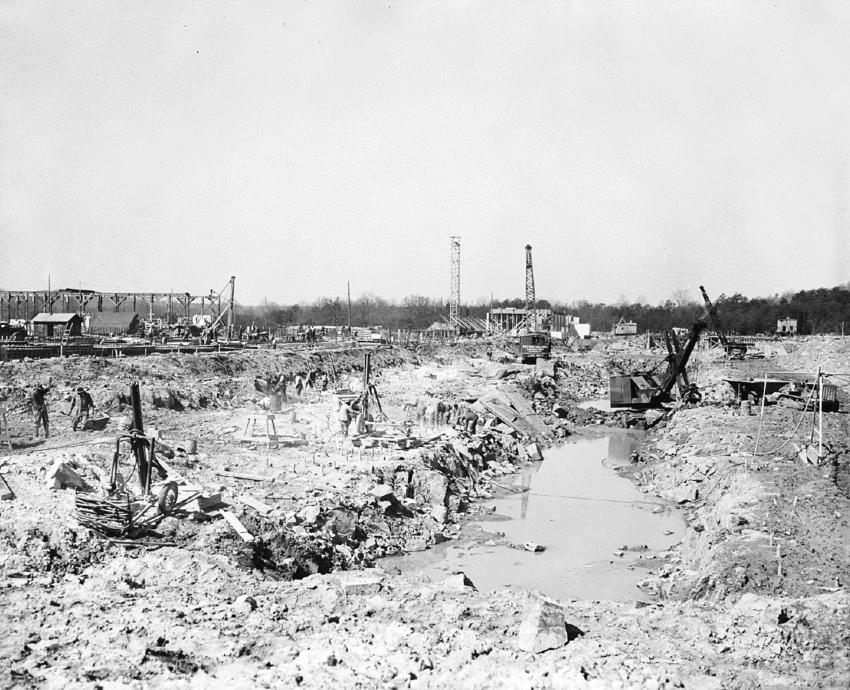 This is a view of the project site on March 21, 1938. The drills hammer the rock, which when excavated, will form the basin. The Marion shovel continues to load the Cat-Athey haulers while a Link-Belt Speeder crawler crane equipped with a clamshell bucket works in the background. (Library of Congress photo)