Looking for Antique Iron? A Lot of It'll Be Up for Sale 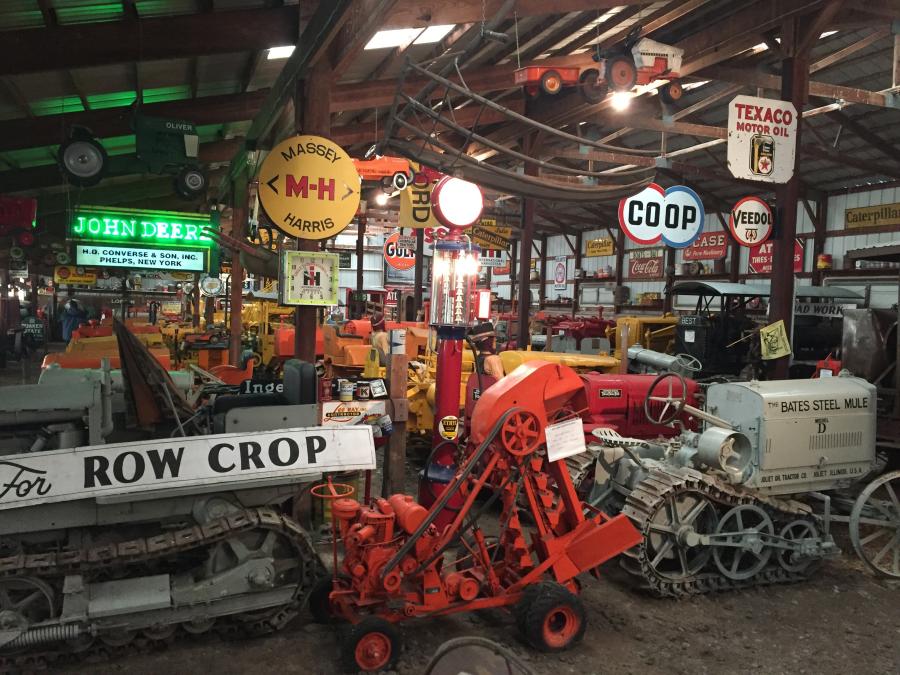 Aumann Auctions, based in Nokomis, Ill., will be conducting an online-only auction from Aug. 20-22, 2019, to liquidate an extensive selection of antique equipment, vintage construction signs, implements and memorabilia housed in the Vintage Tracks Museum Collection, based in Bloomfield, N.Y.

Aumann Auctions, based in Nokomis, Ill., will be conducting an online-only auction from Aug. 20-22, 2019, to liquidate an extensive selection of antique equipment, vintage construction signs, implements and memorabilia housed in the Vintage Tracks Museum Collection, based in Bloomfield, N.Y.

Jeff Huff, owner of the museum and president of nearby Huff Equipment in Honeoye, N.Y., began collecting antique construction tractors in the early 1990s.

"My wife and I went to a tractor show down in Brownsville, Pa., and met some people there," he said. "We were actually doing an auction, and instead of coming home, I said to my wife, ‘let's go down to the show they are talking about.' And, so we went down and met some people who were very nice. And on the way home, I said, ‘I think I will start collecting some old tractors.' … and, I didn't stop."

Since that day, Huff has accumulated approximately 250 total items.

"We have a lot of unique one-of-a-kind pieces," he said. "I would ask different people, all over the country, if they knew of any old tractors here or there and old salesmen, and so, we brought stuff in from as far away as Hawaii, California and Alberta, and I have some pieces from Europe, though they were already on the States when I bought them."

All of these items will be going on the virtual auction block come late August.

Among the antiques going available to the highest bidder will be:

Huff said he's selling all these antiques because the curator of his museum, a man, whom he said worked for nearly 60 years in various parts departments in the area for farm dealers, recently passed away and he "couldn't find anybody to take his place after he passed."

Consequently, taking care of the museum had become too much for Huff to handle with "everything else that I have to do," he said.

Huff said that choosing an auctioneer to help him sell his collection was easy.

"Aumann Auctions is the premier antique tractor auction company in the country and even in the world since they're selling over on Europe now," he said, singling out praise for the company president, Kurt Aumann.

Selling his collection is bittersweet, though. Bitter because collecting these wonderful pieces of construction history and sharing them with others has been a passion of his for nearly 30 years. Sweet, however, because as he put it, "I'd like to spend more time in Florida [relaxing] and I want to spend more time with his grandchildren who live in Virginia and Ohio.

"They keep us running to sports games and their activities, so we are gone quite a bit," he said.