On May 11, 2019, Lorusso Heavy Equipment Hosted a Demo Day near its Walpole, Mass., location. The event featured Mecalac products like the 15MC crawler excavator, the 8MCR rail road excavator and the 12MTX wheel excavator loader, as well as other Mecalac, Hyundai and Engcon products.

AJ and Paul Lorusso opened the doors to Lorusso Heavy Equipment in 2009. LHE is a full-service dealer offering sales from its fully stocked inventory, and offers services, rental and parts. Training for its customers also is available to pass on the knowledge to use their newly acquired machinery to its maximum potential.

LHE was the first dealer in the United States to carry Mecalac products from France and has since become a top North American dealer of Mecalac products. LHE began started selling Hyundai products a few years later, in 2011. When asked about how the products work together, Paul Lorusso said, "These products complement each other very well."

"There's nothing else like it — with the boom on the opposite side of the machine. It helps us to deal with traffic and visibility when in urban areas. A lot of people were receptive to this product because it is so different but it is also rugged and stout and it is reliable."

The 12MTX is a two-in-one wheel excavator and wheel loader.

Engcon was at the demo day with an information tent and an EC-Oil tiltrotator on display. Åke Johansson, product specialist/sales was there from Engcon North America in New Haven, Conn., to answer questions about the products. Dave Colageo of Colageo Construction in Stoughton, Mass., had the opportunity to test out the tiltrotator on the Mecalac 8MCR excavator and see the capabilities of the machine and attachment and how they complement each other on the demonstration field.

Lorusso Heavy Equipment holds these events one or two times a year to give its customers the chance to come out to test the technology and machinery that will make their jobs more successful and easier while on work sites. 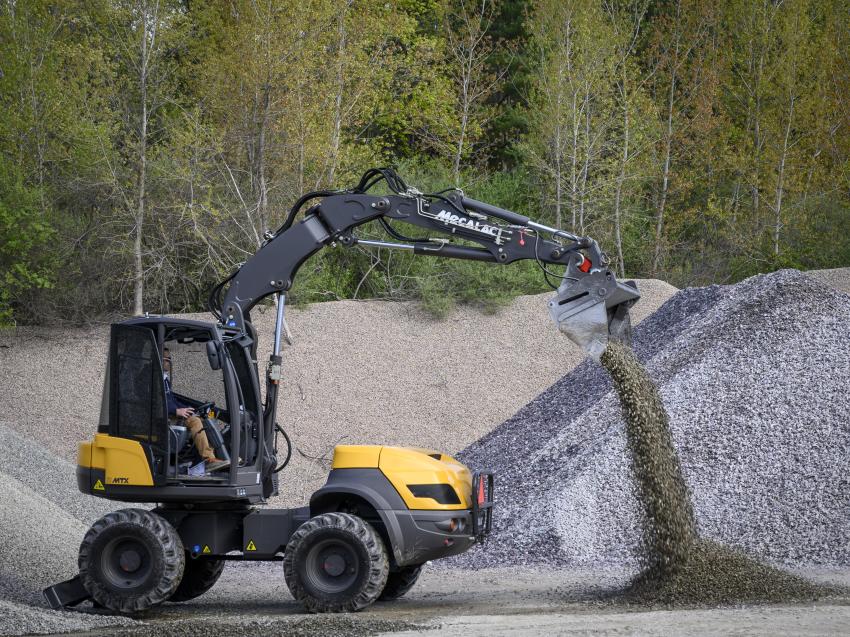 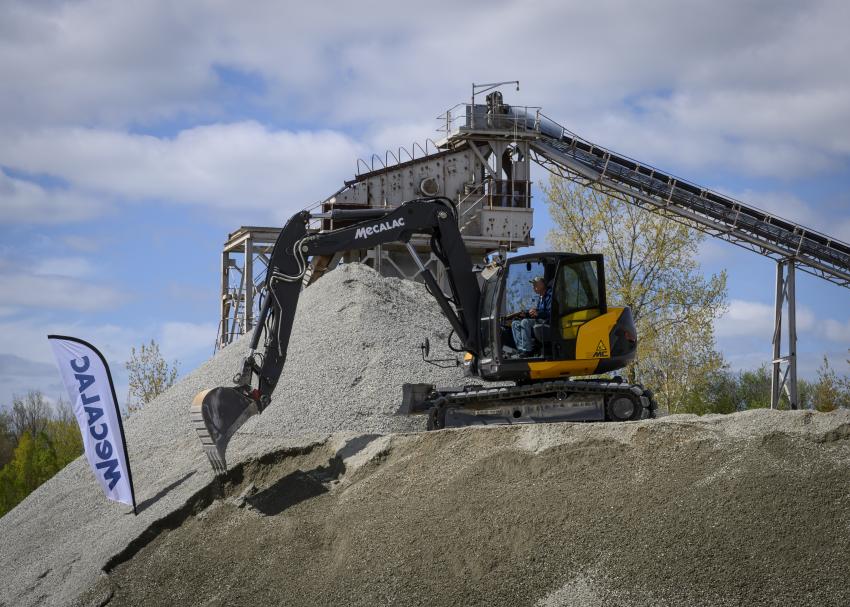 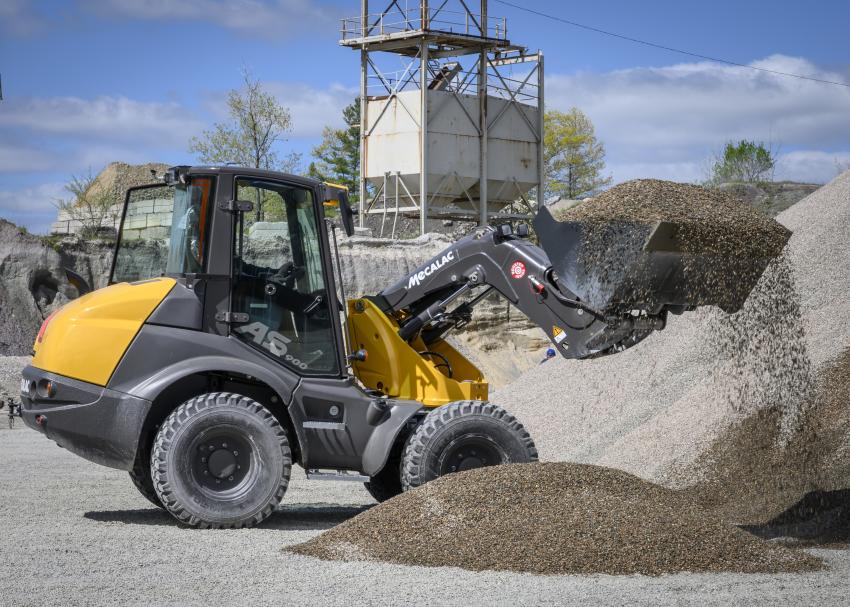 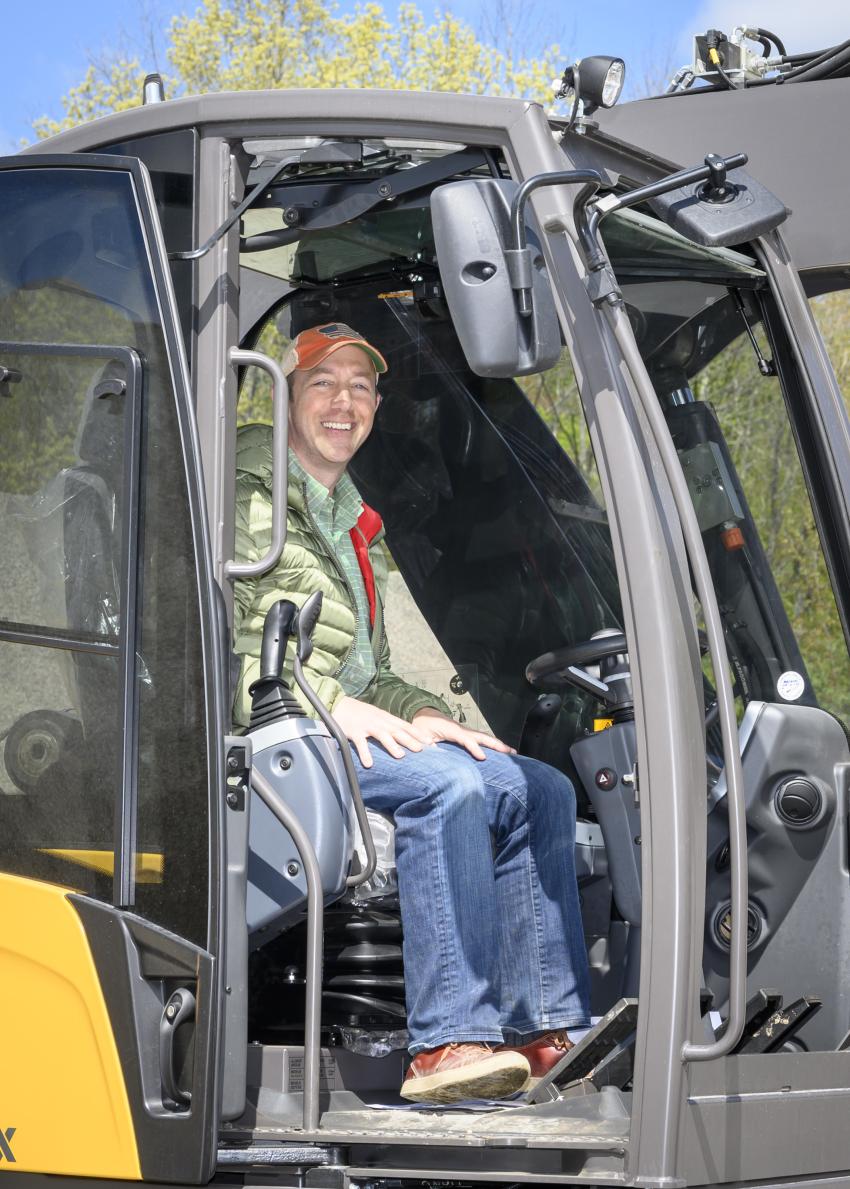 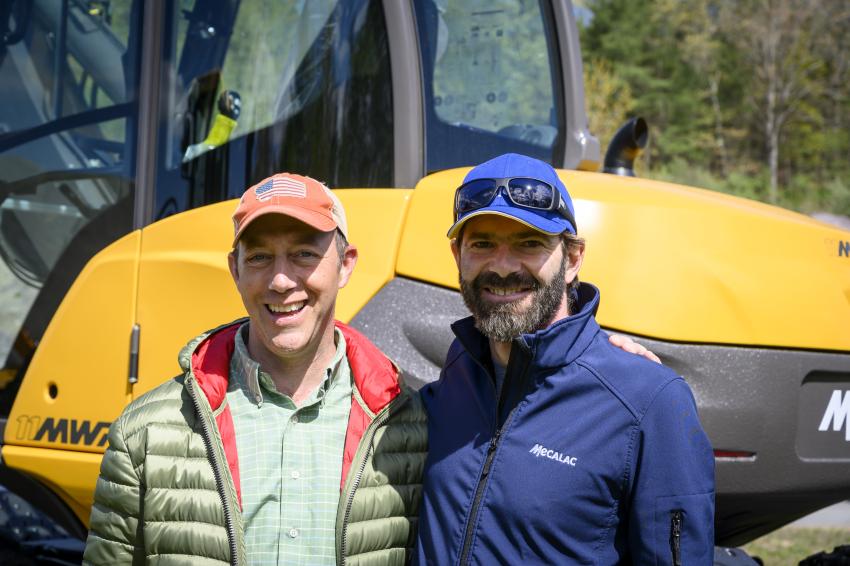 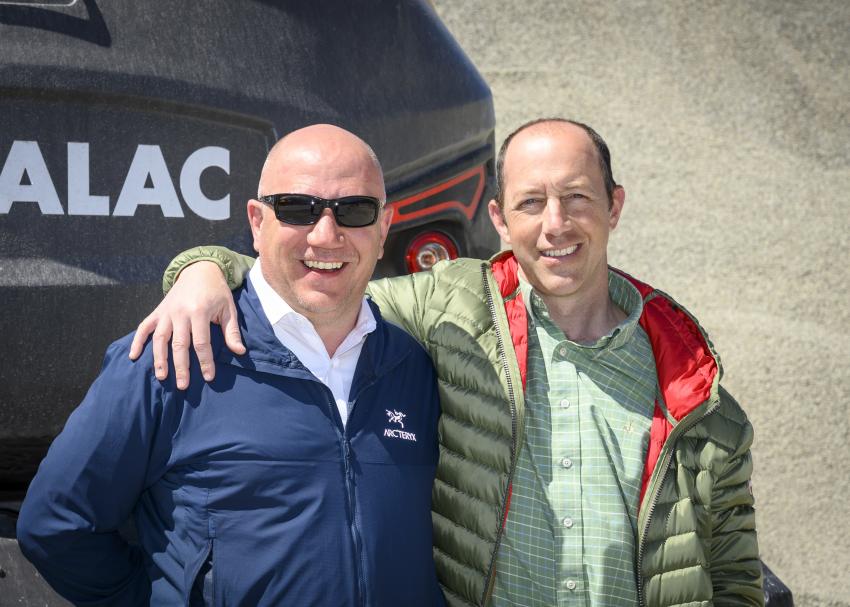 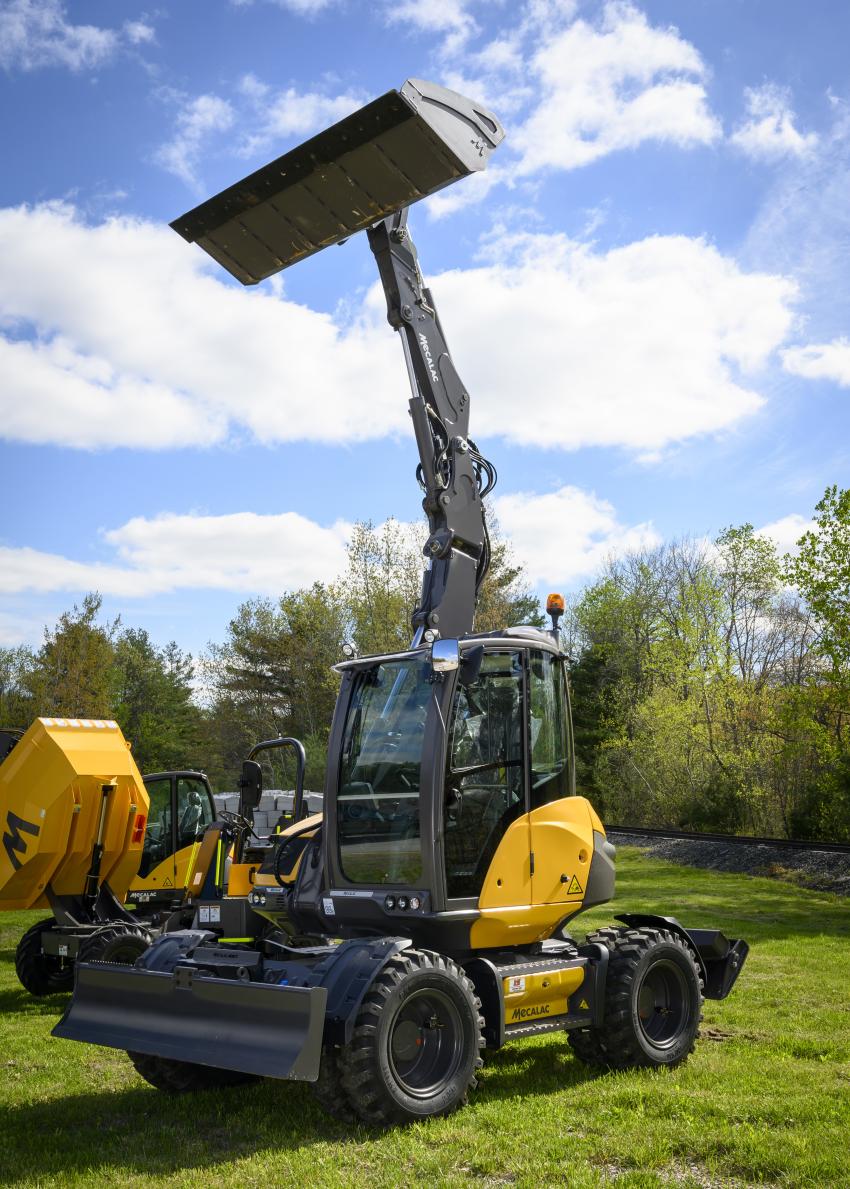 The Mecalac 9WMR on display showcased the reach capabilities of this wheel excavator. (Sheila Capetta photo) 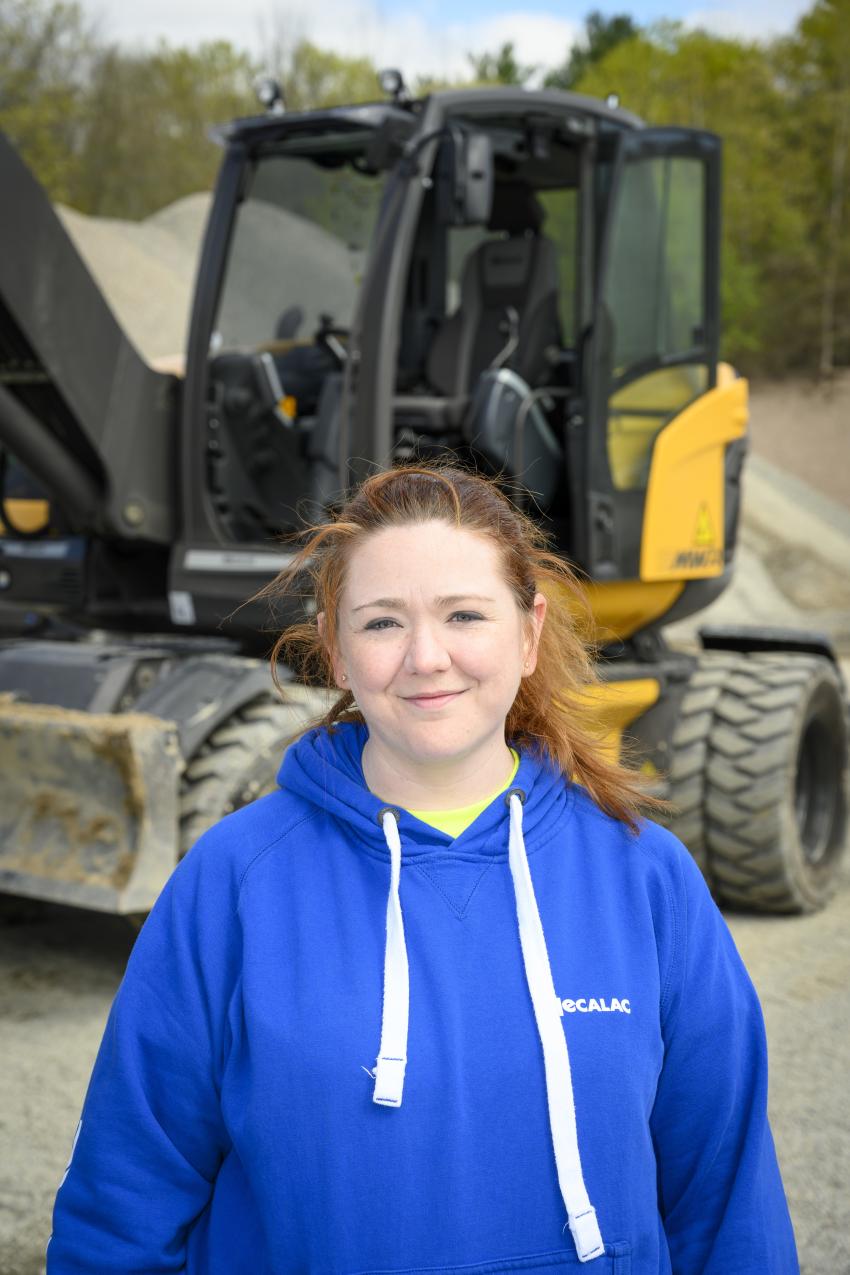 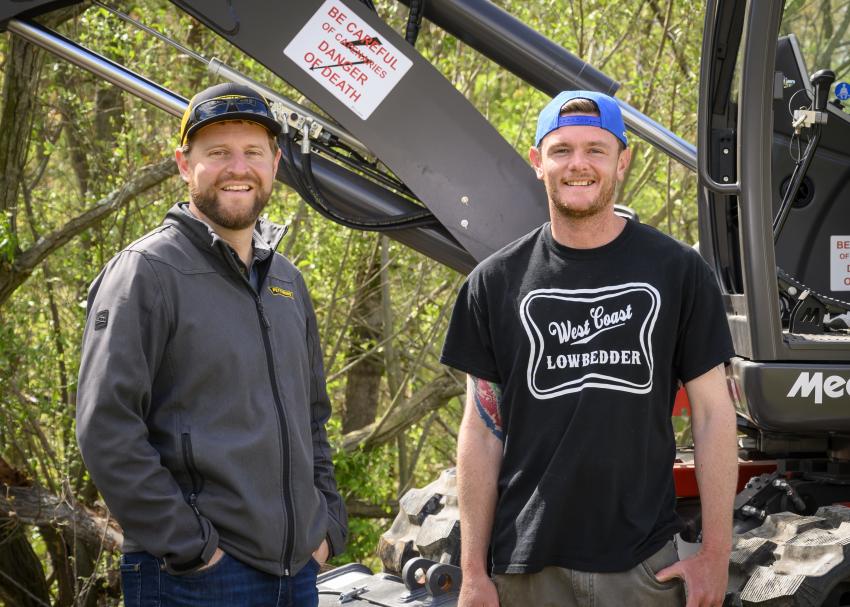 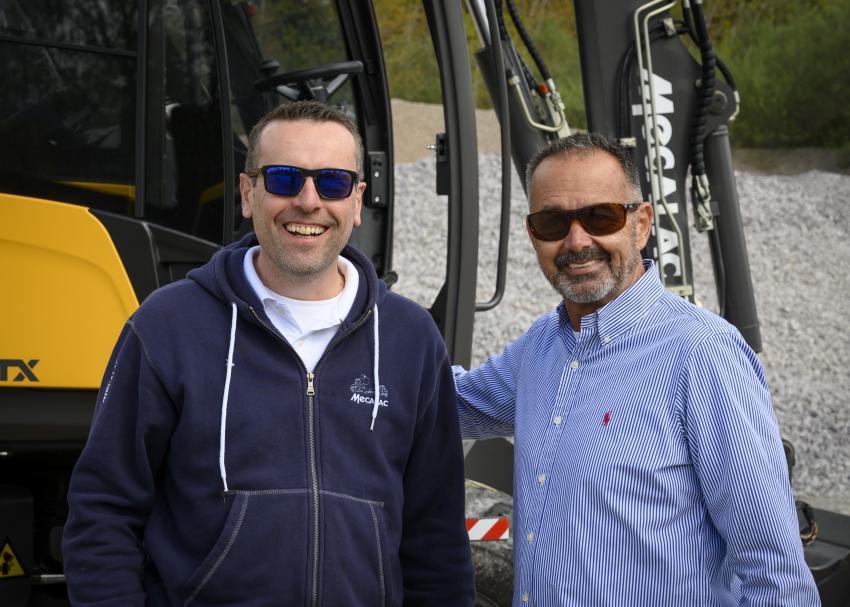 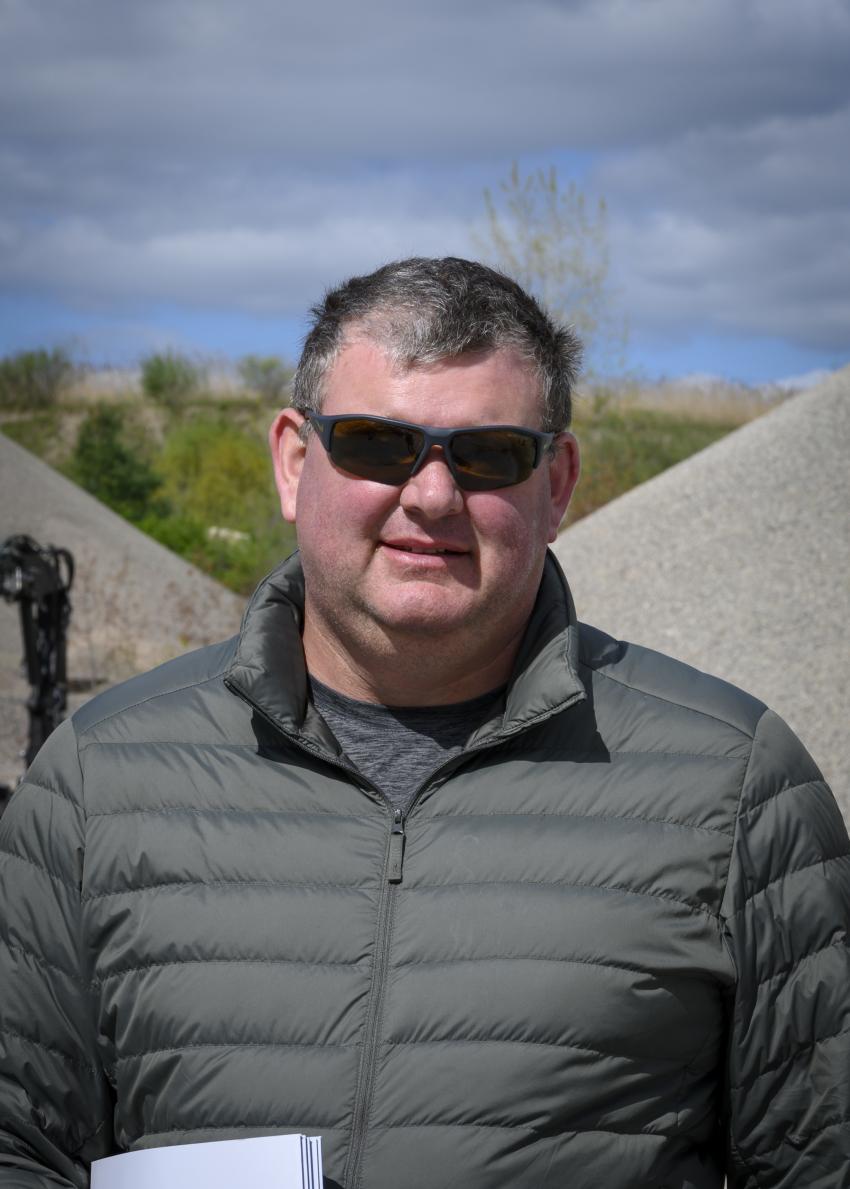 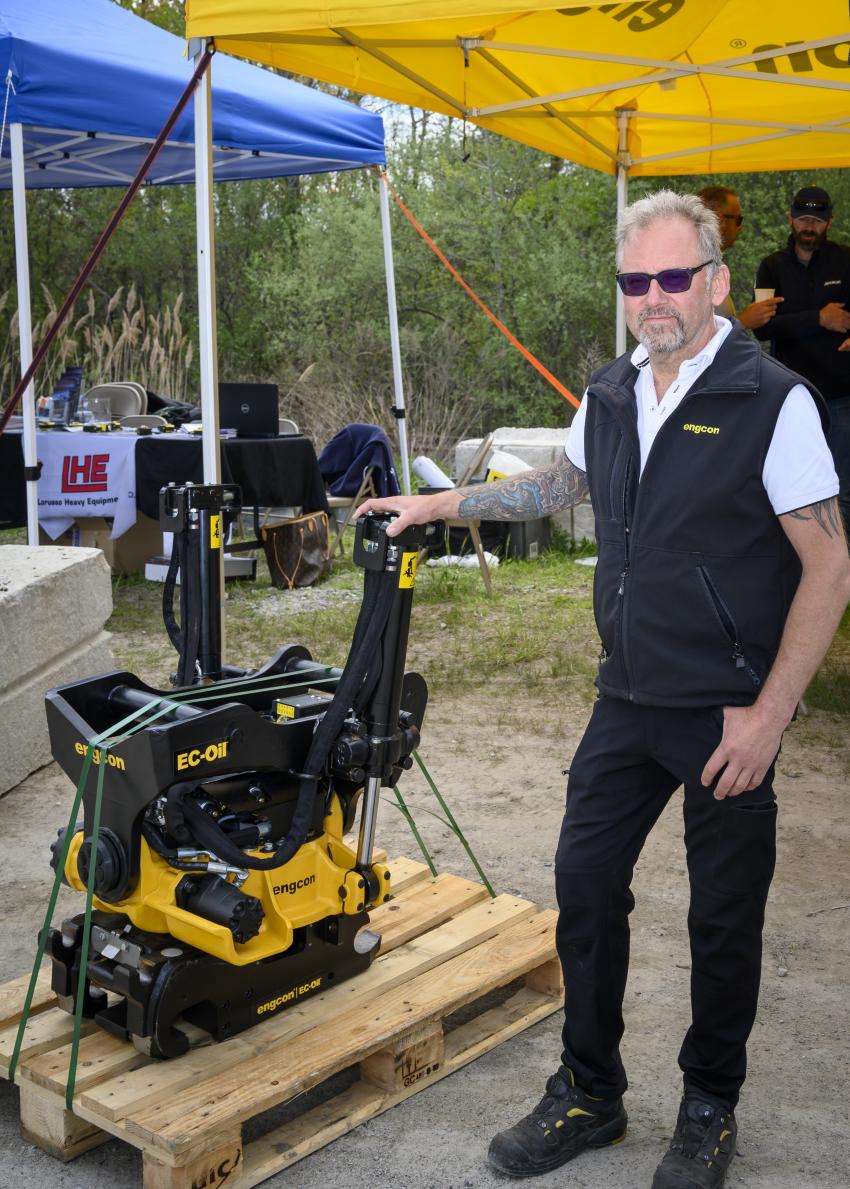 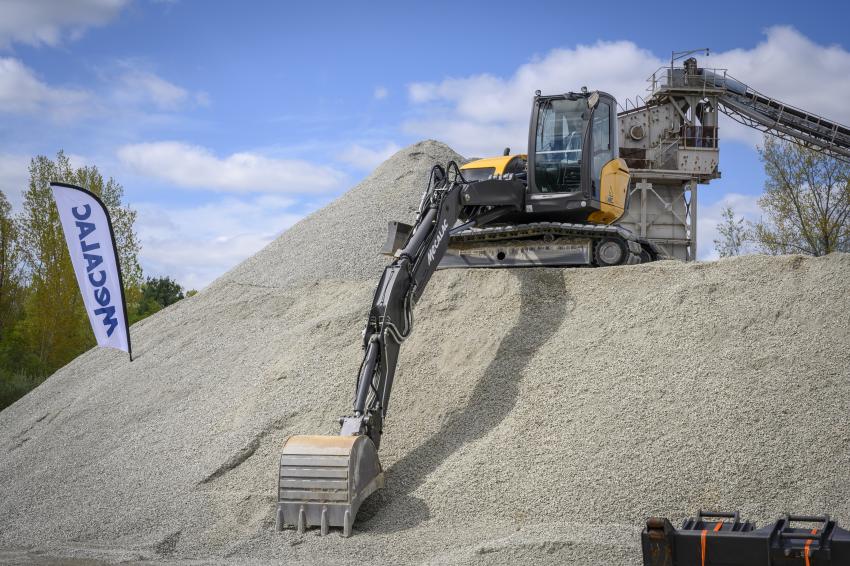 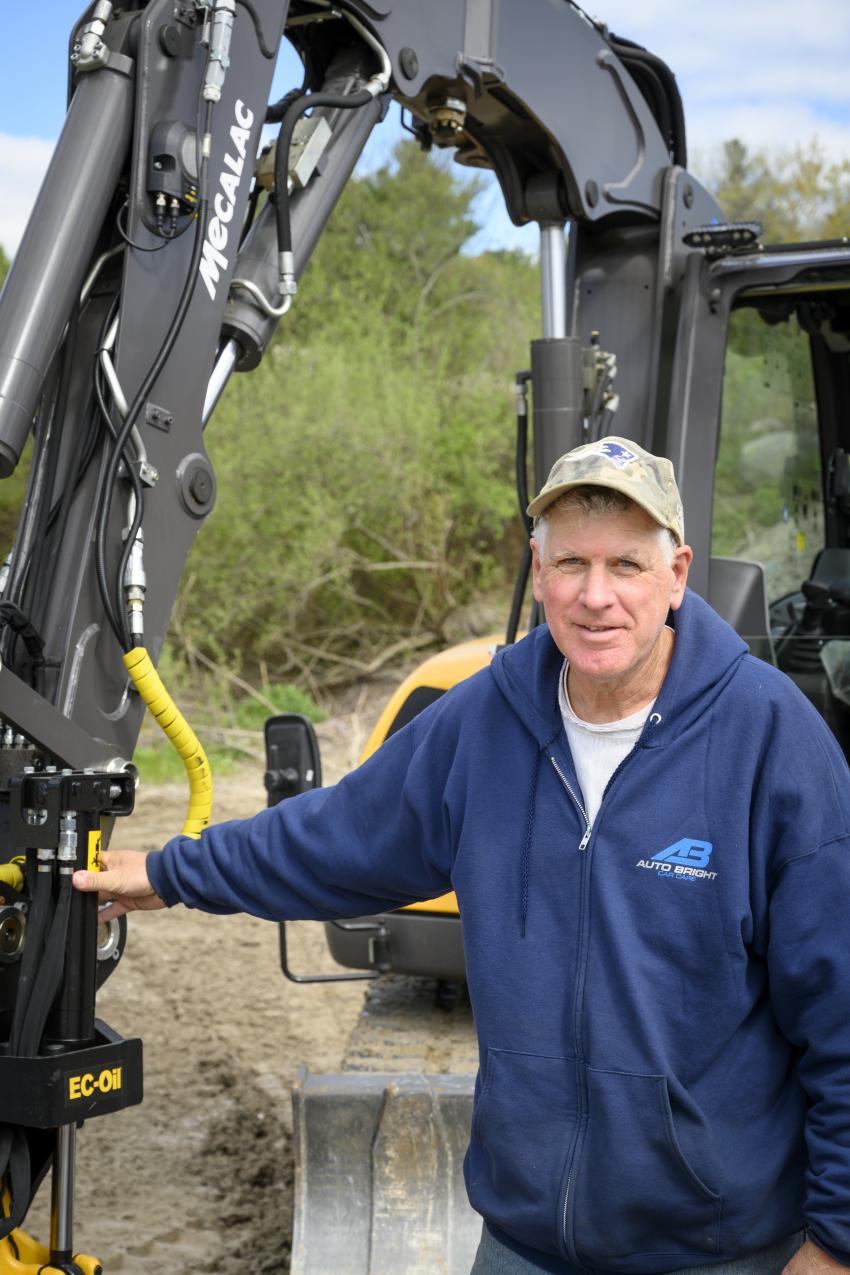