Louisiana DOT Replacing Bridges on Opposite Ends of State 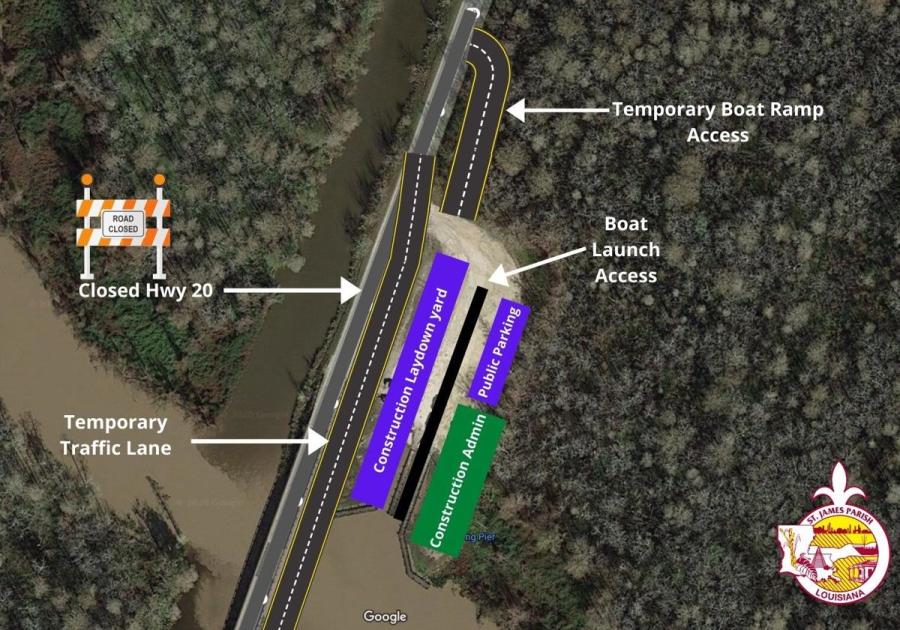 Crews will soon get to work to replace a small road bridge in northwest Louisiana, while far to the southeast, between New Orleans and Baton Rouge, a temporary span across Bayou Chevreuil is already being built to carry traffic once efforts ramp up on a longer, wider bridge in 2022.

Access to the Linton Road bridge, over Black Bayou in Bossier Parish, will be blocked for cars and trucks in early 2021 as a full replacement effort by the Louisiana Department of Transportation and Development (LADOTD) gets under way.

"We anticipate that sometime in February the bridge will close. It's a 12-month project, so that bridge is going to be closed for up to a year," Bossier Parish Engineer Butch Ford said of the $4.9 million enterprise.

Those who live north and east of the bridge will need to travel LA Highway 162 through Benton to get into Bossier City once the replacement begins.

The bridge closure also will have an impact on boaters traveling from Black Bayou to Cypress Lake. There are no plans to draw down the water level of the bayou, which will keep boaters from traveling under the bridge during construction.

At the opposite end of Louisiana, an $11.7 million state highway project to replace the LA 20 bridge in lower St. James and upper Lafourche parishes with a wider, safer one has recently started gearing up following a groundbreaking in December.

The wider and longer structure will be built along the same horizontal alignment as the current bridge. To help traffic while construction is ongoing, crews will build a temporary detour bridge along the east side of LA 20. Once completed, the bridge will be 40 ft. wide and 835 ft. long, as well as approximately 3.5 ft. higher from the midpoint and 6.5 ft. higher at both ends than the existing bridge.

The bridge replacement was needed to move forward with a safety improvement project to widen the narrow, two-lane LA 20 approximately 3 mi. through the swamps of St. James and Lafourche parishes, a job that is expected to go to bid in early 2022.

Passing through Chackbay, LA 20 connects western St. James with the Thibodaux and Houma areas, serving as a link for bayou residents to reach plants along the Mississippi River and Interstate 10 northwest of I-310. The bridge is on the parish line between St. James and Lafourche.

In March, DOTD awarded the bridge job to Baton Rouge contractor TL Hawk, which beat out three other firms, bid documents say. St. James Parish officials said work on the replacement bridge is expected to last into 2021. The contractor began construction in November on the driveway access for the new boat launch at the site.

"For our southern region, this project is critical and will support the needs of commuters and the industry that uses this corridor for the transportation of goods and materials," said LADOTD Secretary Shawn Wilson. "This bridge is used as a major freight corridor, serving as the connector between Bayou Lafourche and the Mississippi River, as well as a majority of Louisiana's cane industry. This project also serves as the precursor to the upcoming safety improvements along LA 20."

The LADOTD hasn't yet awarded a contract for the highway's widening.

BridgesInfrastructureLouisianaLouisiana Department of Transportation and Development