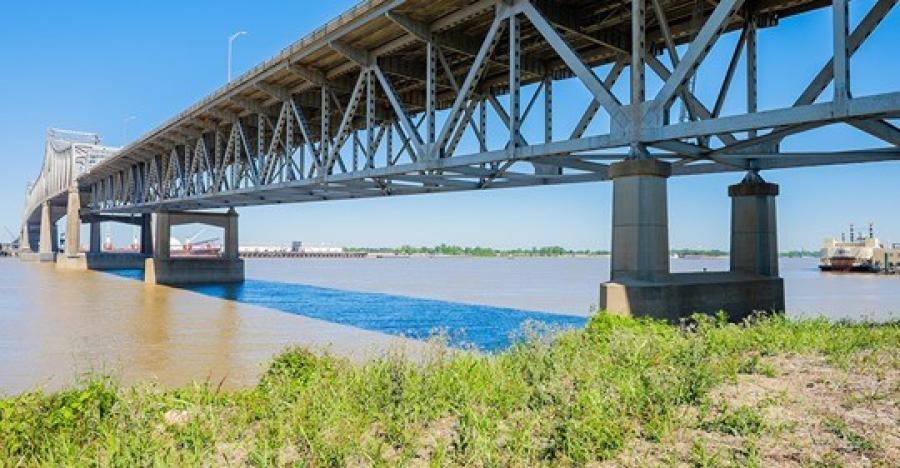 After months of negotiations, the state of Louisiana has signed a deal with the engineering firm that was selected in January to serve as lead consultant on the new Mississippi River bridge in Baton Rouge, clearing the way for planning to begin on the long-awaited project.

The Louisiana Department of Transportation and Development (LDOTD) finalized the deal July 7 with Atlas Technical Consultants, a Texas-based firm that beat out two other finalists for the $5 million contract. Atlas was created in 2017 by the private equity firm Bernhard Capital Partners.

Under the $3.3 million first phase of Atlas' contract with the state, which runs until July 2022, the firm is responsible for drafting a purpose and need statement, producing a navigational analysis and doing various traffic models.

In later phases of the contract, Atlas will advise on potential sites for the new bridge, which is expected to be located south of Louisiana's capital city. The state and U.S. Army Corps of Engineers have already narrowed the list of potential locations to a handful of sites, all south of Baton Rouge.

Though it's been seven months since Atlas was selected as consultant on the project, over the protest of one of the losing bidders, DOTD spokesman Rodney Mallett said contract negotiations did not take an unusually long time to complete nor were they delayed by the COVID-19 pandemic.

"The process is complicated, and the department and consultants met many times to ensure the scope of the contract was comprehensive with detailed tasks," he explained.

While getting the consultant on board was an important first step, there's still no timeline for when construction on the much-needed new span might begin, much less when it might be completed. That's because no funding source has been identified for the project, which is expected to cost more than $1 billion.

"Now they can move forward with getting all the engineering stuff done, which will put us in a position to build it once we figure out the funding source," commented State Senator Rick Ward, who represents Port Allen, and who, in 2019, authored legislation creating a taxing authority to pay for the bridge.

"The worst scenario, in my opinion, would be if we'd figured out a way to pay for the bridge and held off on the engineering until we had the money."

The Atlas contract will be paid for with some $5 million that was allocated for the project during the 2019 legislative session. A $1 million appropriation for the project in the current year's construction budget will be used for reserve funds, Ward added.