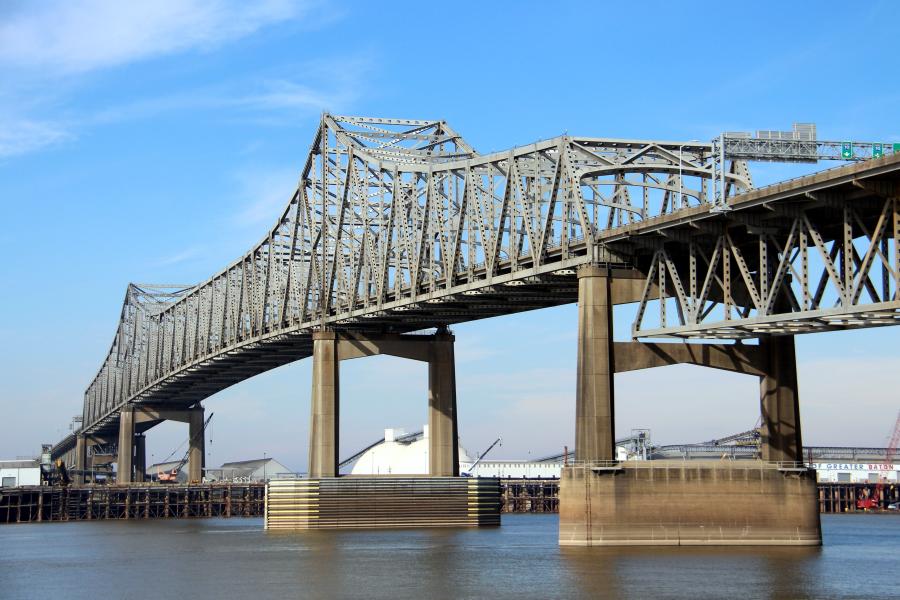 The Plaquemine Post South reported March 21 that Ourso's plans came into place after several high-ranking legislators balked over the $500 million Edwards wanted for the project.

Louisiana Speaker of the House Clay Schexnayder (R-Gonzales) leads the pack among lawmakers who have said they oppose the set-aside as it currently stands, according to the newspaper. He said he would only support the measure if the state would make its final choice on the site selection before the session ends June 6.

Ourso also has met with Rep. Chad Brown (D-Plaquemine) to make sure Schexnayder and other House members do not shut the door on the project.

The proposal could eventually ease the backups that stretch for miles in all four directions leading to the current Mississippi River Bridge, which opened in April 1968. Around the area, the old structure is more commonly known as the "new bridge" because it is the younger of the two spans that cross the river in the capital city, downstream from the older Huey P. Long Bridge.

Edwards' plan highlights a budget $1.6 billion higher than the state's predicted revenue, the Post South reported. The state also is in line to receive $1 billion more than the normal $200 million a year allocation of funding for the next five years. That money will come from the $1 trillion federal Infrastructure Investment and Jobs Act.

But Louisiana Senate President Page Cortez (R-Lafayette) said he could not justify putting the bridge project in the budget when its building may take at least 20 years to become a reality.

The proposed funding in this year's budget may be the only chance to secure an amount of that size for a modern bridge, Ourso said.

"This is a one-time grant — it's not recurring revenue," he explained. "And, as the rate of inflation continues to climb, it will be harder to secure that money."

Ourso said he plans to attend the Capital Area Road and Bridge District meeting March 28 to push for the site selection.

He also said he remains confident that the project will remain in the budget.

"I have a good feeling it will work out good for Iberville Parish," he told the Post South.

Budgetary Concerns Have Kept Project from Being Built

During its December meeting, the Louisiana Department of Transportation and Development (DOTD) reinstated three sites previously eliminated from the list of where a new bridge may be built south of the Intracoastal Waterway in Port Allen, just west of Baton Rouge, and north of the Sunshine Bridge near Donaldsonville. In doing so, it moved the list from 17 to 20 sites.

The talk of another Mississippi River Bridge has circulated for more than 30 years, but budgetary roadblocks kept it from advancing past the discussion stage.

The rate of inflation would likely hike the price tag of the project by at least $200 million, DOTD Secretary Shawn Wilson said in February during an address to the Press Club of Baton Rouge.

But he added that the state's allocation is critical to move the bridge building forward.

"The federal government looks for a full commitment," Wilson noted.

The DOTD plans to create a connector route from I-10 to reroute the traffic to the proposed bridge, which would create a connection between LA Highway 1 on the west side of the river to LA 30 on the east bank.

The connector route itself will play an integral role in the project, Wilson said during a speech.

"Building a bridge without a connector route to I-10 is not the answer," he explained. "You've got to get to I-10 from LA 1, and I-10 from LA 30 to make it meaningful. If we only build the bridge, we're doing ourselves a disservice."