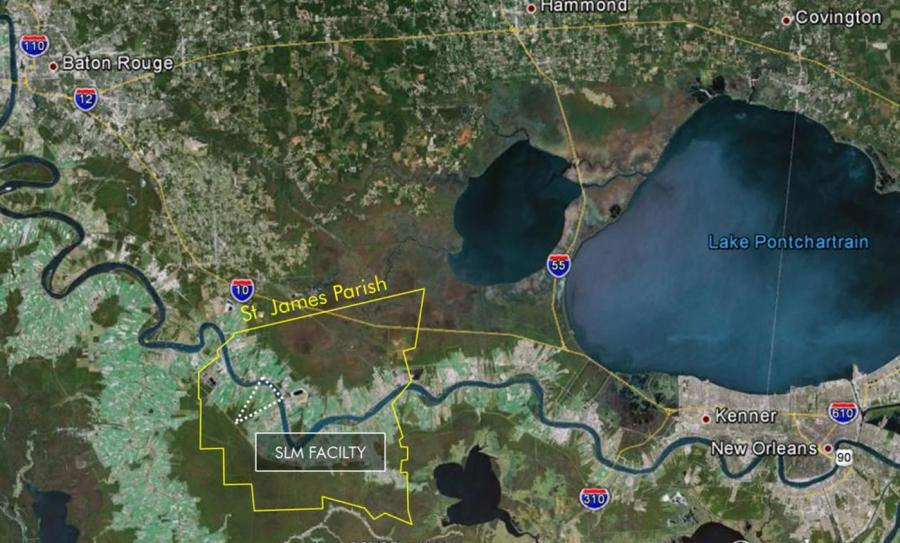 Through the project, South Louisiana Methanol and SABIC would create one of the world's largest methanol production sites. Originally announced in 2013 as a project of Texas-based ZEEP Inc. and New Zealand-based Todd Corporation, South Louisiana Methanol is now majority-owned by Todd Corporation and will pursue the joint-venture methanol project with SABIC.

The methanol project would create 75 new direct jobs with an average annual salary of $71,400, plus benefits. In addition, the project would result in an estimated 350 new permanent indirect jobs while generating 800 construction jobs at peak building activity.

South Louisiana Methanol is assembling a 1,500-acre site along the west bank of the Mississippi River, approximately 8 mi. south of the Sunshine Bridge.

"Louisiana is renowned for our productive manufacturing sector and an exceptional business climate for the world's leading industries," Edwards said. "South Louisiana Methanol and SABIC recognize that our industrial corridor along the Mississippi River delivers the highest-performance port, pipeline and rail logistics available in the world. We're especially pleased that these global investors have confidence in Louisiana's manufacturing workforce, the most productive in the nation, and that they will be contributing significantly to our economy in the coming years."

Methanol's applications range from plastics to polyester fibers and fabrics, fuels, pharmaceuticals and adhesives. Growing demand for the product is creating 5,000 new permanent, high-paying jobs in the United States, along with 19,000 temporary construction jobs, according to the Methanol Institute, which estimates that a typical U.S. methanol plant will create $35 million in new state and local taxes and use about 70 billion cu. ft. of natural gas annually.

Ready access to affordable supplies of shale natural gas have led to the development of multiple methanol projects in Louisiana, a trend that could help the United States become a net exporter of methanol in the near future, according to a market analysis performed by ADI Analytics and commissioned by the Methanol Institute.

"SLM is pleased to announce the project agreement with SABIC," said Paul Moore, the South Louisiana Methanol chief executive. "SABIC brings years of proven methanol operating experience and a global distribution network, and we are pleased to be based in St. James Parish, with great access to the Mississippi River and gas feedstock, and a business-friendly community and state."

Based upon competitive trends and developments in the methanol marketplace, SLM re-evaluated plans for its Louisiana project, a process that led to redesigning the plant technology and incorporating production features that will benefit the company's customers and those of its new joint-venture partner, SABIC. The Louisiana plant's anticipated production capacity of 2 million metric tons per year will support domestic and international customers.

"This agreement represents part of SABIC's strategy to focus on the geographic diversification of its business, to reach new global markets and enable the company to access raw materials at competitive prices. The Port of South Louisiana and in-place transportation infrastructure make St. James Parish a great location," said Mohammed Al-Wakeel, SABIC US Methanol's president and CEO.

To secure the methanol project in St. James Parish, LED renegotiated incentive terms with South Louisiana Methanol, which has not yet received incentives from the state of Louisiana for the project.

The remaining $3.5 million would be payable upon the start of plant operations and no earlier than June 1, 2022. In addition, South Louisiana Methanol will receive the comprehensive workforce solutions of LED FastStart, the state workforce training program, and the company is expected to utilize Louisiana's Industrial Tax Exemption and Quality Jobs programs.

"South Louisiana Methanol is welcome here in St. James Parish to what has become a diverse business and industrial family," said parish President Timmy Roussel. "This facility will continue to diversify our parish's tax base and provide stability to the revenues that we use to educate our children and serve the needs of our residents and businesses. Their commitment to utilize the services of our local businesses and suppliers will strengthen and expand our economy. And the resulting employment, both during construction and in their long-term operations, will reaffirm the fact that St. James Parish and the River Region is a great place to live, work, play and grow."

"Greater New Orleans continues to lead the country in foreign direct investment, with New Zealand's South Louisiana Methanol moving forward in St. James Parish," said GNO Inc. President and CEO Michael Hecht. "The project site is situated at the nexus of North American petrochemicals production and prolific natural gas plays in Louisiana and Texas, with access to world-class transportation infrastructure, and interstate and intrastate natural gas pipelines. Thanks to the project partners, Greater New Orleans will bring American-made methanol to the world. We look forward to working with our colleagues from New Zealand and Texas to make South Louisiana Methanol a great success for everyone."