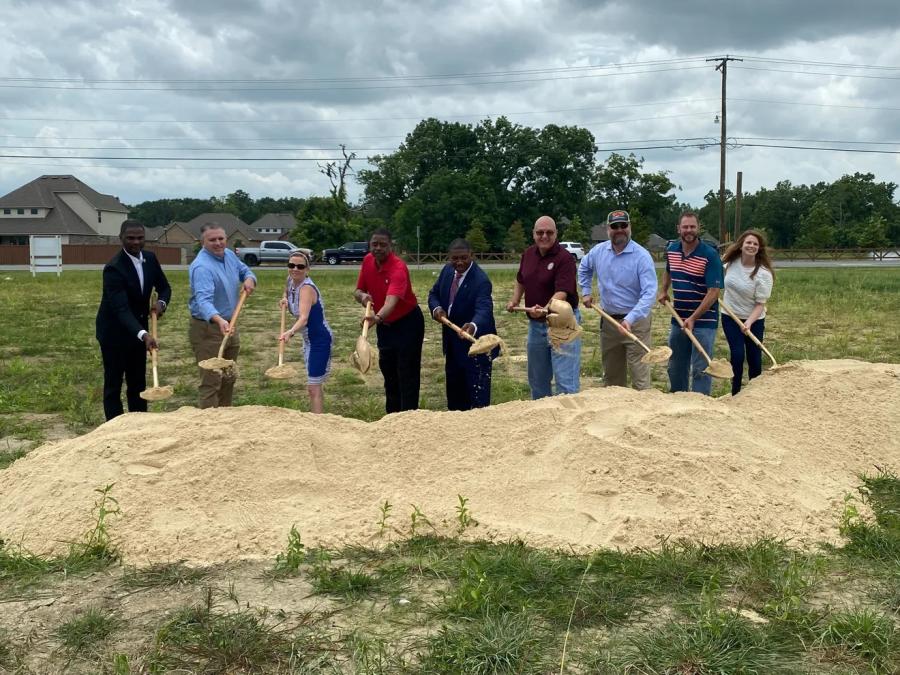 Shawn D. Wilson, secretary of the Louisiana Department of Transportation and Development (DOTD), was joined by other state and local officials June 10 to celebrate the start of construction of an expansion of Louisiana Highway 44, including a roundabout project, in Ascension Parish.

The $6.2 million project, which stretches from around Interstate 10 to La. 941, will widen La. 44 from two to four lanes and install the multilane roundabout at the crossroads of La. 44 and La. 941, the DOTD announced on its website.

"This widening and roundabout project will greatly aid traffic flow by increasing capacity and reducing the potential for crashes at the La. 44 and La. 941 intersection," Wilson told the gathering. "Ascension Parish is a rapidly growing area, and in order to accommodate this influx we must focus on the infrastructure throughout the region."

Also attending the groundbreaking was state Rep. Clay Schexnayder, speaker of the Louisiana House of Representatives, and a native of Ascension Parish.

In his comments, he said, "We have just wrapped up a successful legislative session where we secured the funding to see that the infrastructure needs of our state are met. It is an honor to be present to celebrate the completion of this much-needed expansion. The densely populated roads and highways around Ascension Parish need better access and space for traffic to flow to ease the day-to-day life of the citizens of this area."

In this highly populated section of La. 44, more than 15,000 motorists travel the road corridor daily, the DOTD reported in its June 10 press release. By 2040, the daily number of motorists on the highway is expected to increase to 24,059.

Ascension Parish is located just to the south of Baton Rouge, the state's capital city.

"This is just another in the many improvements that are taking place in our area," noted parish President Clint Cointment. "The cooperation between state, parish and local entities continues to provide better and safer roads for our residents. I would like to thank all involved in this project. Without your steadfast commitment, it would not have come about. The future is bright for Louisiana, especially Ascension Parish."

Gonzales Mayor Barney Arceneaux told the audience, "The city of Gonzales greatly appreciates our partnership with the [DOTD] and Ascension Parish. Improving traffic flow in our community is one of our most important goals and Secretary Wilson and his staff have been great to work with. We are thankful to finally see this improvement happening. My administration will continue to work on improving important infrastructure to better serve our citizens."

Utility relocations are currently under way around the highway, the DOTD reported. The project's builder, KCR Contractors, is estimating that construction will begin late this summer, with a completion during the late summer of 2023, if the weather allows.