Indiana Caterpillar dealer MacAllister Machinery is off to a running start with the dealership’s newly formed used parts division. 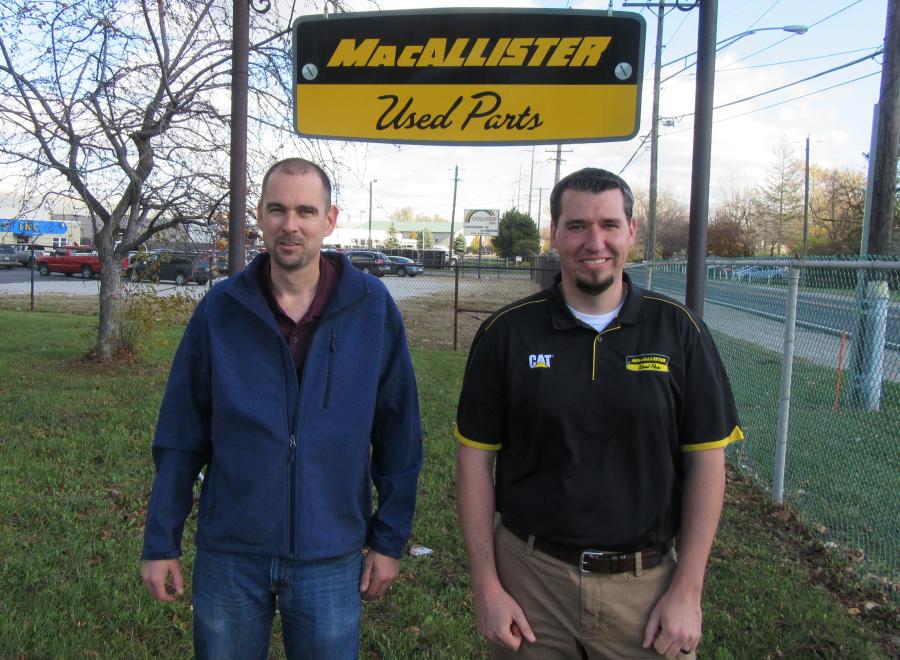 Indiana Caterpillar dealer MacAllister Machinery is off to a running start with the dealership's newly formed used parts division. Chris MacAllister, MacAllister Machinery president, made the decision to develop a local source of quality used parts for the company's customer base in 2013. Initially, the used parts operation was located at its headquarters on 7515 East 30th St., Indianapolis, but the company quickly outgrew the space. In March 2015, the company moved the operation to its current location, a 7,500 sq. ft. leased building with a three-acre outdoor storage area on 5766 Massachusetts Avenue, Indianapolis.

The additional space at its current location has allowed the company to double its inventory. There's been a subsequent increase in sales for the division, and its used parts business has doubled this year over last year. The company anticipates doubling sales again in 2016.

According to Blosser, the used parts division's focus is on serving MacAllister CAT's local customer base.

“Not only are local Cat owners the company's primary customers, they're also a source for used parts. The arrangement provides MacAllister CAT an opportunity to help customers make the most financially sound decisions.”

As Blosser explains it, rather than invest money into a machine with high hours and in need of major repairs, it may make more sense for the customer to sell the machine to be dismantled for parts.

Cat surplus parts make up about 30 percent of the company's inventory, and the dealership stocks parts worth anywhere from less than $100 to more than $30,000.

Among the parts the company stocks are rebuilt hydraulic cylinders, with 40 units on hand. Rebuilds on the cylinders are conducted at MacAllister's rebuild facility in Washington, Ind. Blosser said that all parts and attachments for sale are fully inspected, and when needed, are rebuilt to meet Caterpillar's reusability standards. Parts that do not meet Caterpillar guidelines are rebuilt or discarded, and components have a full warrantee.

The division's attachment business also is expanding, with an inventory of approximately 180 used and surplus Cat attachments.

Blosser said that both departments share a common goal of doing what's best for the customer. The used parts department has been able to step in and assist the service department when a new part was no longer available. According to Blosser, all of MacAllister's parts representatives have access to an online listing of parts. When customers orders parts via MacAllister's online storefront, if available, used parts also are listed as an alternative to a new part.

The used parts department has been deemed a success based on feedback from end users, and evidenced by the rapid growth of the department. As Blosser explained it, service is a big part of the department's success. MacAllister's parts shuttle provides quick delivery to all of the branches, and trucks also deliver to drop boxes situated throughout the state for customer pickup.

The company decided used equipment is the perfect fit for a used parts organization, especially an entrepreneurial one. The nature of the business is similar — it takes a risk reward type of mentality, while responsibly managing the owner's assets. Additionally, putting incremental dollars on the bottom line is always important, but most importantly for MacAllister, helping its customers succeed through a wide variety of options is always the primary goal.

MacAllister also is a member of the Caterpillar Dealer Used Parts Association (CDUPA), which offers the dealership access to a broader parts inventory. The association also meets to discuss best practices, network and exchange information regarding ways to improve operations and ensure quality.