When UDOT closed part of Bangerter Highway, that wasn't the only news. 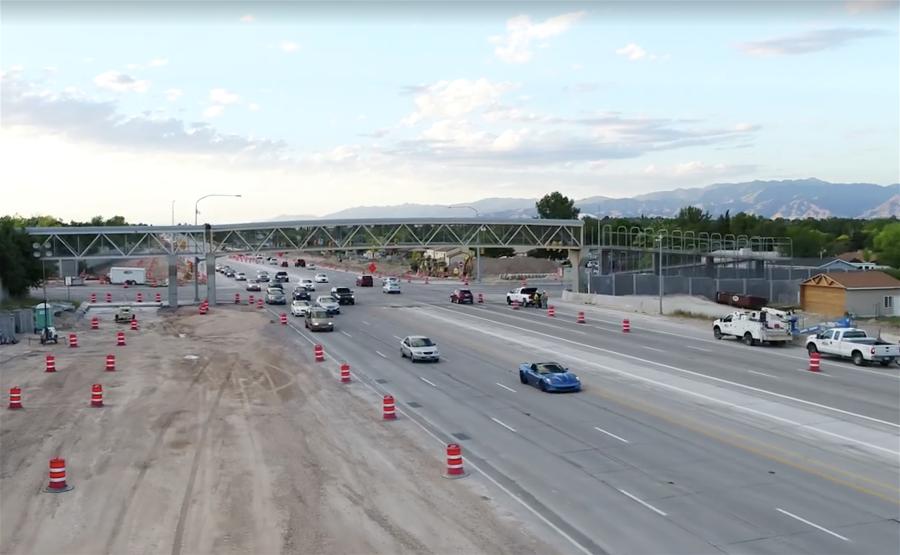 UDOT crews removed the pedestrian walkway over the intersection along Bangerter Highway so work can begin on a new freeway-style interchange, one of four which will be built by the end of 2018. (UDOT image)

Bangerter Highway in West Jordan was closed between 7000 and 7800 South overnight on June 10.

The road closure itself wasn't the news, but the reason was: Utah's Department of Transportation (UDOT) crews needed to move a bridge.

The pedestrian walkway over the intersection was relocated so work could begin on a new freeway-style interchange — one of four that will be built along Bangerter Highway by the end of 2018.

Crews worked from 11 p.m. to 8 a.m. the next morning to carefully remove the span, piece by piece. The bridge was then hauled away to be used in another part of Salt Lake County.

UDOT is preparing to begin work on the $249 million Bangerter Highway Interchange project, and according to the UDOT blog, this is the department's number-one project in the state.

The four intersections will be constructed simultaneously, with drainage work and utility relocation to begin on July 5. Other work includes demolition and grading.