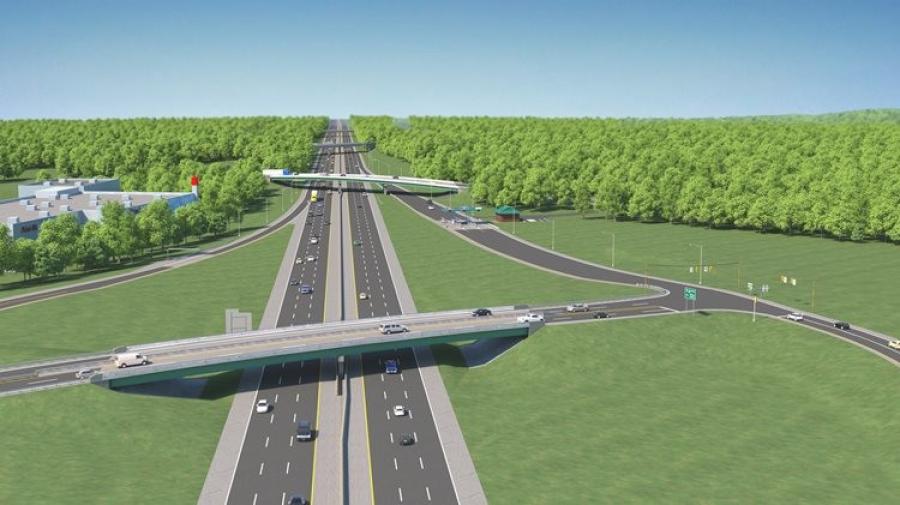 The reconstruction of the Exit 45 Interchange on the Maine Turnpike I-95 in South Portland began on March 19 after the initial pre-load of the site was completed at the end of December 2020.

CPM Contractors, Freeport, Maine, is the lead contractor on the $28 million reconstruction and Sargent Corporation, Old Town, Maine, was the contractor on the pre-load project, which had a budget of $14,792,753. 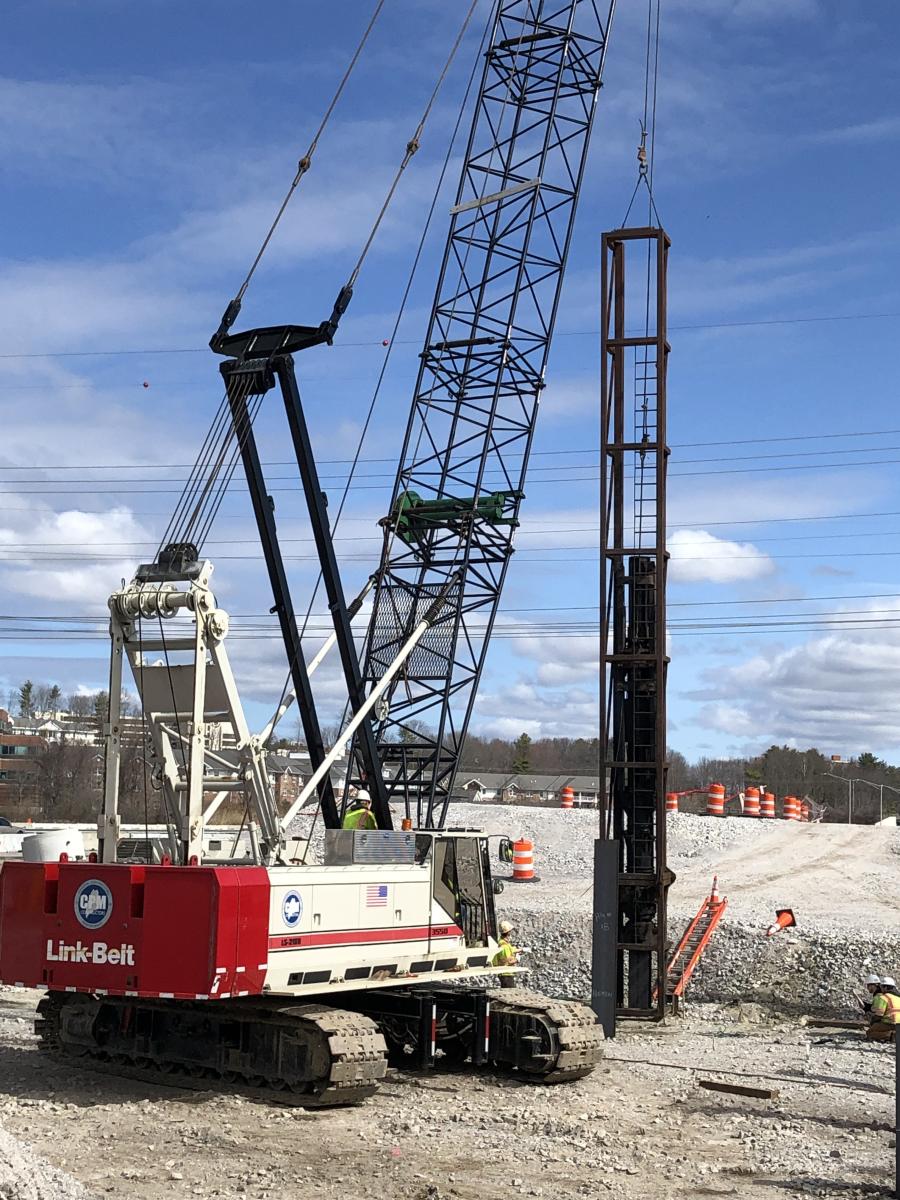 Work on the pre-load started in September 2019.

"Due to poor soil quality, a pre-load was necessary a year in advance to allow the soils to settle prior to constructing the new interchange," said Peter Merfeld, chief operations officer of the Maine Turnpike Authority.

Sargent placed 45,000 cu. yds. of gravel for embankment preload. In addition to pre-loading the site with gravel and other materials, Sargent also installed nearly 4 mi. of wick drains over 30,000 locations to help draw the water out as the soil settled.

Wick drains are a mechanism to remove water from the clay as the preloaded materials press down on the soils, which increases the rate of soil settlement.

"Because the area around Exit 45 has soils that are mostly clay, building in this environment causes an undesirable amount of settlement," Merfeld said. "By pre-loading and installing wick drains, we were able to compress the soils by as much as six feet in some locations, and this work has allowed us to start the much-needed reconstruction sooner."

The last Geotech review, completed at the end of February 2021, reported soils had settled up to 71 in. in some areas.

The current interchange, which sees some of the greatest traffic volumes on the 109-mi. turnpike, has an awkward design that forces drivers entering the highway to drive down a ramp and circle back into traffic before they can pass through the toll plaza. There also is a difficult lane merger, and the existing bridge over the turnpike has been struck multiple times by overheight vehicles, according to the MTA.

The Exit 45 Interchange is being reconstructed with additional capacity for future traffic volumes and will relocate toll payment to two new ramp plazas. It also includes a new higher and wider bridge. The new bridge will be raised to provide a 16.5-ft. clearance over the Maine Turnpike.

"When completed, Exit 45 will have a more efficient diamond interchange, a brand new bridge with increased clearance and ramp toll plazas giving drivers a safer, more fluid connection to the Turnpike," said MTA Executive Director Peter Mills. "It is also the last plaza on the Pike to receive tolling system upgrades. Once all the plazas are on the same platform it gives us greater flexibility to enhance our electronic tolling capabilities — all which benefit our customers." 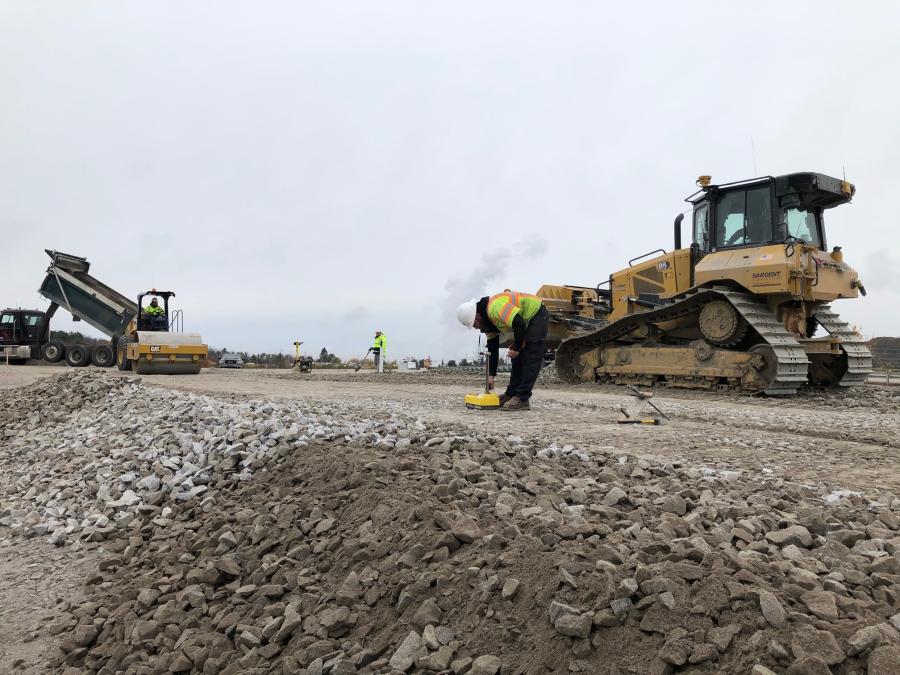 CPM should complete its work on the Interchange by September 2022. New roadways and the toll plaza should be operable in late 2022 with demolition of the existing plaza and old bridge completed by the end of 2022. Median barrier installation on Route 95 and Route 703 will be completed in 2023.

During construction, there will be coordination and work on items including: drainage, lighting, utility coordination and relocation, signage, highway design, traffic signal design and structural and civil engineering of the toll plazas and toll administration building.

The reconstruction of the interchange will alter the way drivers enter the turnpike.

"Currently, the way traffic is flowing through the existing Exit 45 there is a barrier toll plaza across the road and drivers make a decision once they've traveled through the toll plaza and decide whether they're going north or south," said Turnpike Spokesperson Erin Courtney. "When the new interchange is complete, drivers will first turn into north or south entrance ramps, then encounter the toll plaza before reaching the highway. The new design will enable the highway to handle higher traffic volumes in the years ahead."