Adjacent Construction Projects Proposed for 2022 Off I-89 in Williston, Vt. 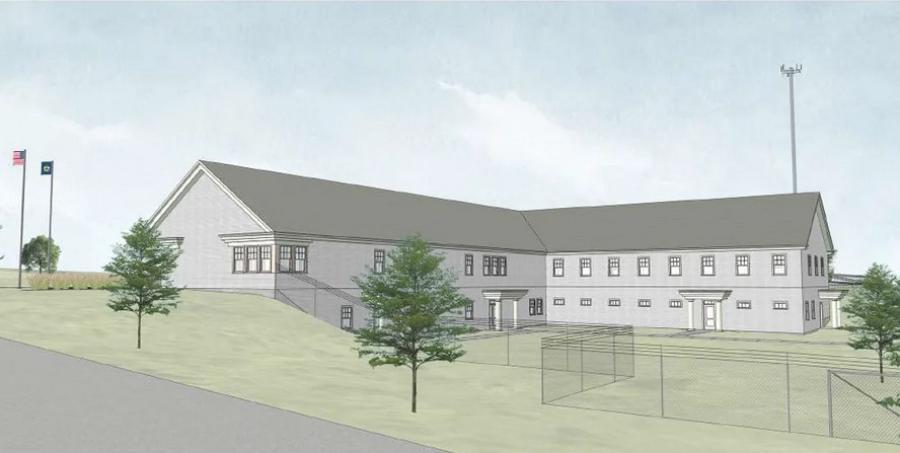 A new Vermont Department of Public Safety building proposed for Williston, just south of I-89, is seen in this rendering created by Smith-Alvaraz-Sienkiewycz Architects.

A pair of important building projects will likely kickoff next spring in Williston, Vt., just off Interstate 89.

In October, the Burlington Free Press reported that plans were advancing for a new $12.4 million Vermont State Police (VSP) headquarters in Williston at I-89's Exit 12, south of Burlington.

Then, on Nov. 10, the newspaper brought news that following more than a decade of discussion and planning, a commuter park-and-ride facility at Exit 12 was awarded a state permit to begin construction.

The 142-space lot would be built just south of the cloverleaf on Vermont Route 2A — right beside the planned state police barracks. Proposed for a 52-acre parcel that is currently overgrown farmland, the new police barracks would share a driveway with the commuter lot, the latter of which will be built by the Vermont Agency of Transportation (VTrans).

The new VSP facility will replace a 60-year-old building nearby that officials have said is too crowded, structurally unsound and has become too expensive to maintain.

In addition to the police barracks, Vermont's Department of Public Safety maintains several state divisions in Williston, including the region's 911 dispatch center, the Northern Vermont Drug Task Force, the Bureau of Criminal Investigation, and Fish and Wildlife Enforcement.

Designs for the new facility on Saint George Road/VT 2A include a two-story, 12,500-sq.-ft. office building and a 11,000-sq.-ft. storage structure for specialized vehicles, including boats and bomb-squad trucks.

Vermont has requested that the new VSP building have enough water and sewer capacity for 96 employees.

The state police moved into the old building, less than a minute north of the I-89 exit, in the early 1990s. Those barracks had earlier housed an operations center for Green Mountain Power. The property is state-owned, and is likely to be sold, officials told the Free Press.

Car Park Talked About Since ‘90s

Construction on the commuter park-and-ride facility at I-89's Exit 12 also is planned to get under way in spring 2022 and wind-up during the summer of 2023, according to VTrans.

A bus shelter, bike racks and ample lighting figure into the designs for the $4.2 million parking project.

The town of Williston first approved plans for the VTrans park-and-ride lot in 2014, due in part to overcrowding at the commuter lot in nearby Richmond. At that time, the cost estimate for developing the Williston lot was $2 million.

Even before that, though, support for a Williston park-and-ride to ease traffic congestion in Chittenden County had been a steady topic of debate at the county's Regional Planning Commission since at least 1999.

Finally, the Vermont Natural Resources Board approved an Act 250 permit for the current project on Nov. 3.