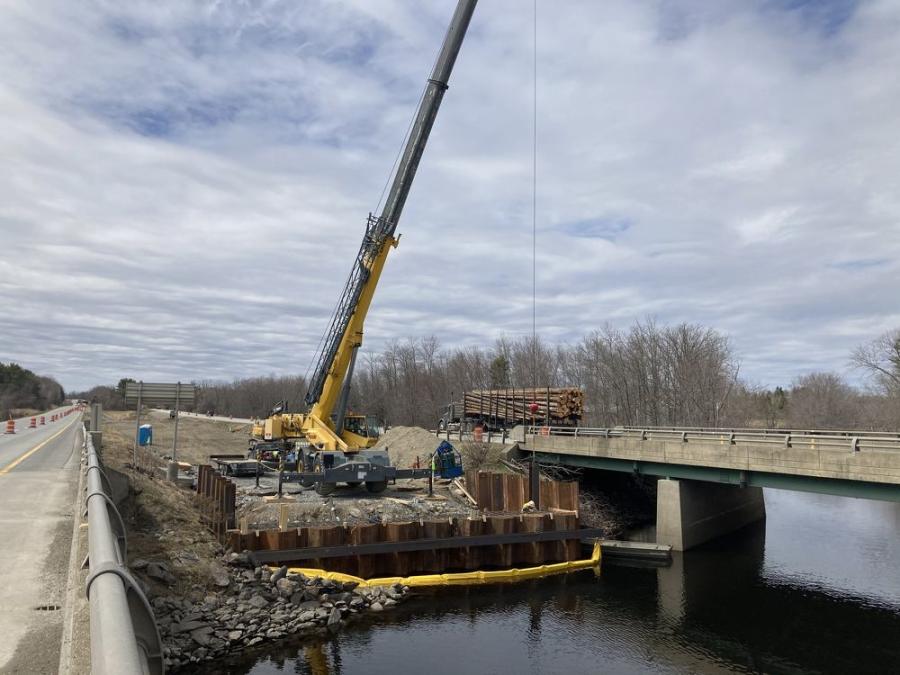 Dump truck drivers will be busy in the coming months on a bridge project in Hampden, Maine. Their task: hauling 160,000 cu. yds. of fill material for the replacement of eight bridges and repair of one on I-95 just south of Bangor. That's more even than was required for the construction of the state's signature Penobscot Narrows Bridge. 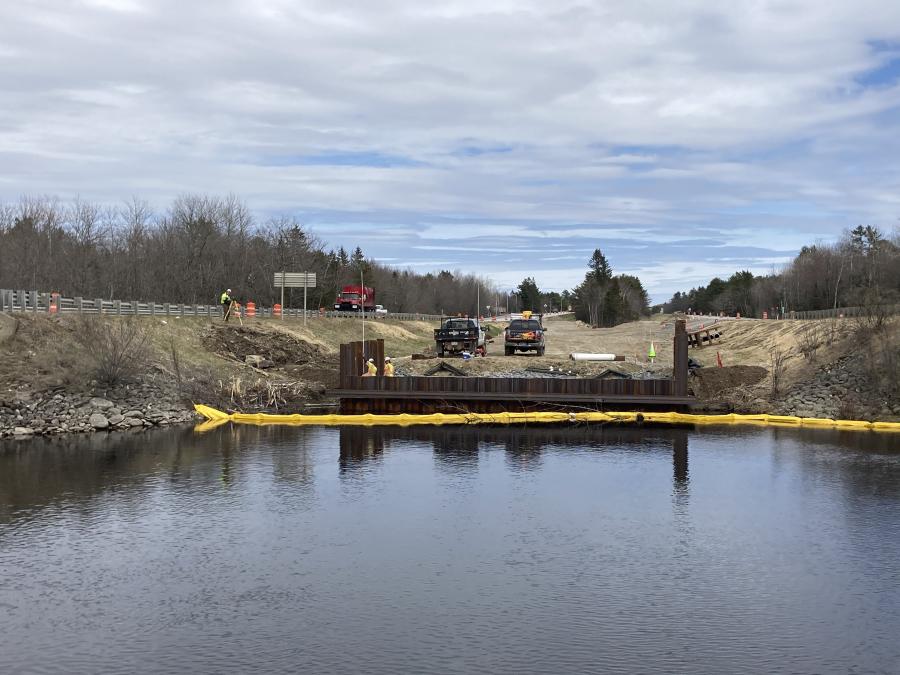 Maine Department of Transportation (MaineDOT) resident engineer Robbin Lanpher is leading the I-95 bridge project and also worked on the Penobscot bridge in 2004-2005.

"We blasted a new highway for the Penobscot project over 100 feet of ledge," Lanpher said. "I was telling the bridge manager, we are putting in more fill on this project than we took out of the ledge cut."

While truck loads vary, MaineDOT estimates loads to be about 16 cu. yds. for this project, or 10,000 truckloads. The contractor, Cianbro Corporation of Pittsfield, Maine, has three to four months of hauling material, Lanpher said.

The material is a combination of crushed ledge and common barrow, which will be spread out on the median soil, where traffic will be diverted.

"The bridges are in fair condition, but they were only designed for 50 years and are going on 60 years so they have concrete spalling issues and would need new decks," Lanpher said. "We have reached the point where we've exceeded design life. Corrosion of rebar starts popping off chunks of concrete. We can repair them, but it reaches a point where repair is more costly than replacing." 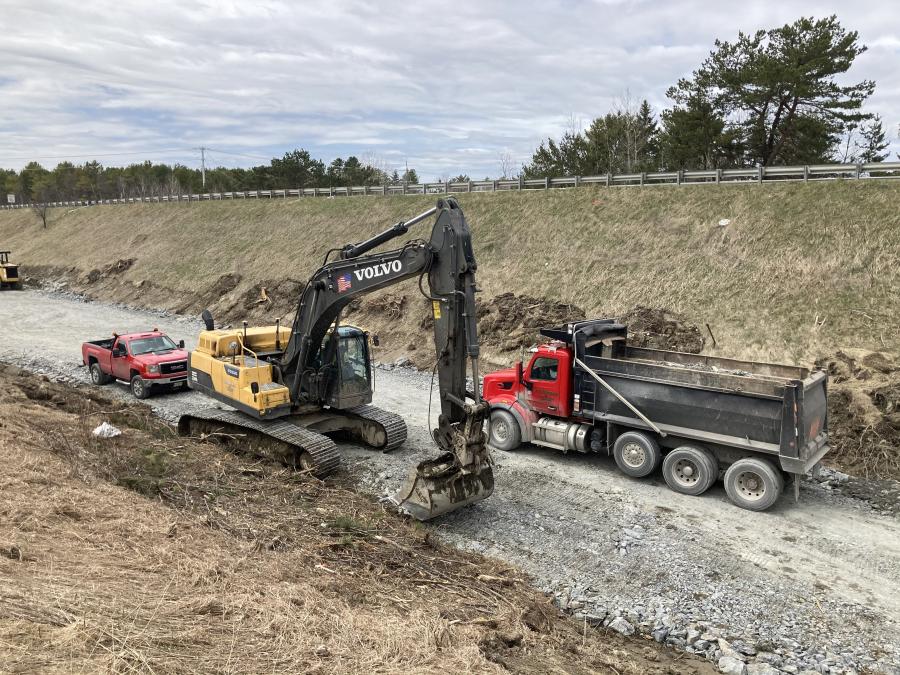 This is a design-build project, which is not MaineDOT's usual process.

"Typically, contracts go out in a competitive bid that we've already designed and say, give us a cost," Lanpher said. "In this case, there are nine bridges in a four-mile corridor. MaineDOT determined the best way to handle it is to put it out as a design-build project. That way, we could take advantage of the community and see if they could come up with a better design with minimal traffic impacts."

MaineDOT plans to maintain all four lanes of the interstate traffic during daytime hours. Interstate traffic will be routed onto temporary median diversions, and speeds will be reduced to 55 mph in the bridge work zones. Single lane restrictions will happen at night between 7 p.m. and 7 a.m.

One location has poor soils, prompting Maine DOT to specify in the RFP that the bridge has to follow the existing route.

"The ground is already settled," Lanpher said. "Move it and you start to get differing settlement, which become an issue with bridges."

One of the biggest challenges is working with the high traffic volume, which is 13,500 vehicles daily during rush hours. The Emerson Mills and Railroad Bridge, which will be repaired, is located near the very busy Dysart's Restaurant and Truck Stop. 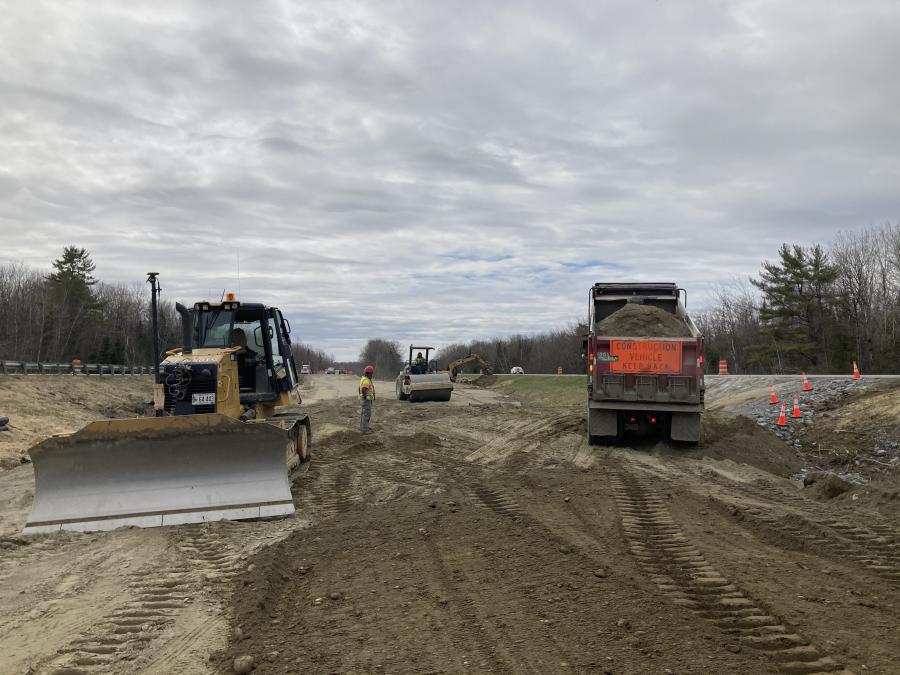 "That's two span bridges over Emerson Mills Road, and the grade actually rises to go up over the railroad tracks," Lanpher said. "We do not have the final design plans for the permanent bridge. Focusing on temporary structures first. We have to reroute two 70-foot spans. We have started on a driven-style sheet pile cofferdam. They are using the inside of the sheet pile cofferdam as forms for one side of the abutment and have placed concrete steel forms for the other side."

The project is slated for completion in November 2022. CEG