As part of the renewal of a railroad overpass in Goslar, Germany, Mammoet was contracted by the construction company Echterhoff to install a 4,409 ton bridge.

Due to the size and characteristics of the structure, the movement of the bridge was required to be very smooth and precise, and Mammoet's digital solution was chosen for the project.

In order to keep the track closure as short as possible, the new bridge was prefabricated just 52.5 ft. from the installation site. The plan was to push the bridge into position as a complete structure after demolition of the existing bridge. 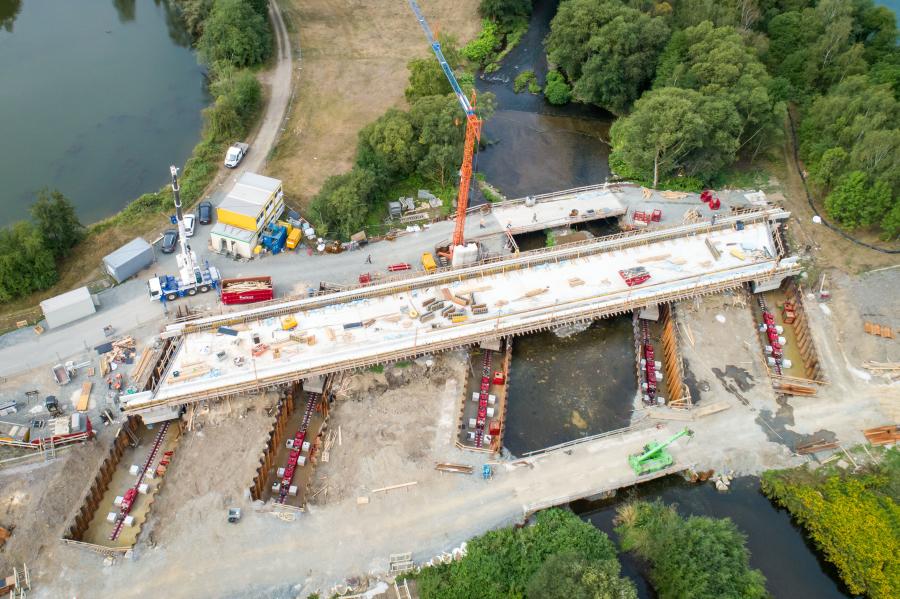 To the side of the Oker riverbed, five parallel excavation pits were first excavated in which the Novarka Skid System with a total of 15 skid shoes with an average capacity of 700 tons each was installed. This system was developed for skidding of the New Safe Confinement over the reactor building of Chernobyl Nuclear Power Plant in Ukraine.

In order to move the bridge safely, the skidding as well as the lifting of the structure had to be absolutely smooth and even. For this, it was necessary to completely synchronize the skid shoes. Therefore, only a computer-controlled skidding system could be used, ensuring the synchronized and controlled skidding of the bridge at all times via sensor technology. In addition, the bridge could be precisely weighed using the skidding system.

Throughout the execution, precise pressure readings were delivered to the engineering team through the skidding system, and so the bridge could be positioned exactly on the center of gravity of the individual bridge piers.

The new bridge structure was lifted using 30 climbing jacks and set down on the skidding system. Afterwards, the bridge was skidded inch by inch, under constant supervision.

Due to the thorough preparation and cooperation of all parties involved in the project, Mammoet was even ready to skid ahead of schedule, and to help ensure the project was completed on time. 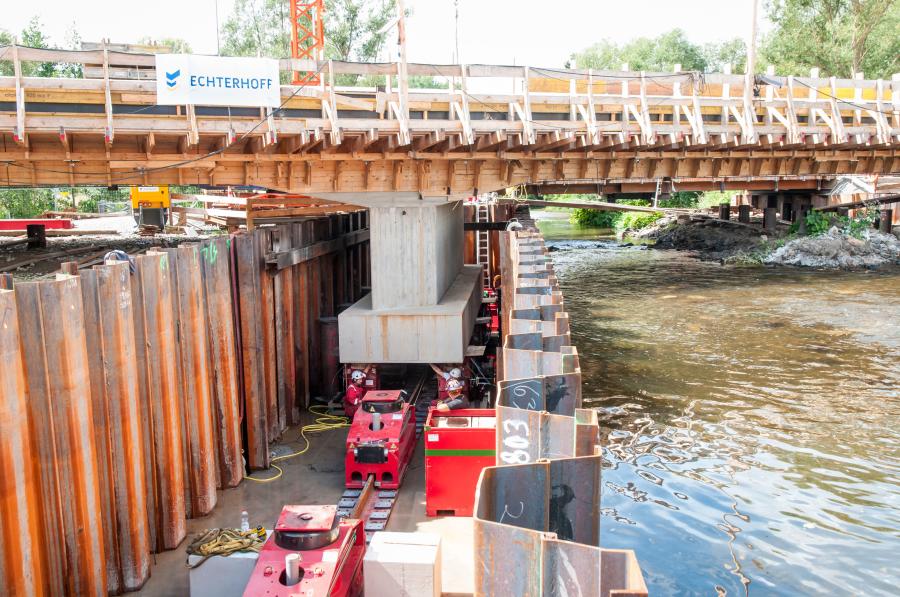 View of one of five construction pits with the Mammoet Novarka Skid System.