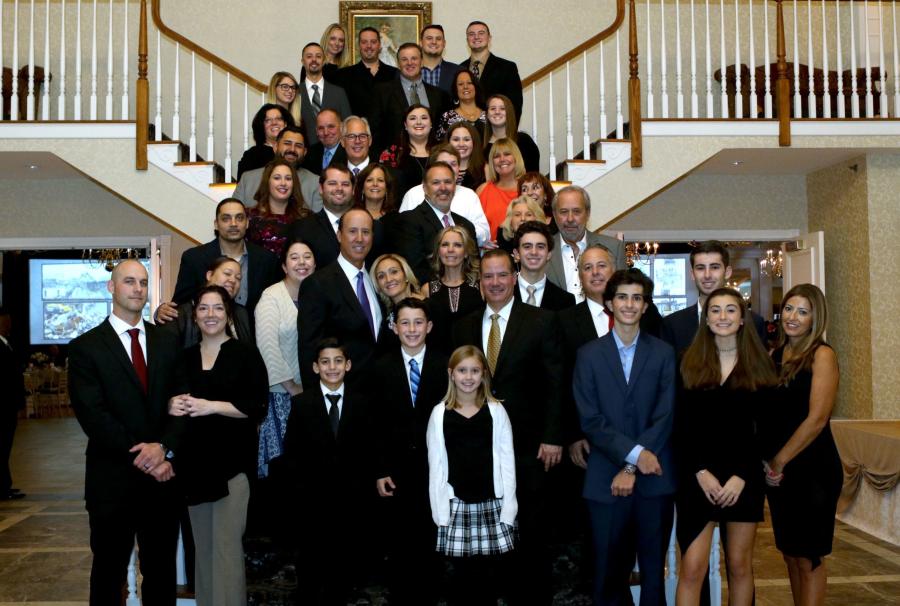 Multiple generations of the Manafort family recently celebrated the official kickoff event for the Manafort Brothers’ 100th anniversary on Nov. 9 at the Aqua Turf Banquet Hall in Plantsville for more than 800 family, friends, business and industry peers and political leaders.

Over the course of a century, many businesses come and go, but one Connecticut construction company was built to last. What began in 1919 as the New Britain House Wrecking Company has become one of the top construction conglomerates in the Northeast. From creating casinos to decommissioning nuclear power plants, Manafort Brothers Inc. has changed the landscape of the state and beyond.

"As we celebrate our 100th anniversary, our family is honoring our past by forging a path for the future," said Jim Manafort Jr., president of Manafort Brothers Inc. "David, Justin, Jason and I proudly carry on our great grandfather's legacy, while evolving the firm as an integrated, dynamic construction and demolition contractor."

In fact, the firm is in the process of expanding its Plainville headquarters to accommodate its continued growth. The building will be complete in spring, 2019. The official ribbon cutting ceremony is one of many special centennial celebrations that Manafort has planned throughout the year.

The first event was an elegant evening gala that was held at the Aqua Turf Club in Plantsville for more than 800 family, friends, business and industry peers and political leaders.

The fourth-generation, family-led business was founded by James Manafort, primarily for demolition. As the decades passed, the company established a reputation and achieved incredible success in the industry. In 1946 the company was renamed Manafort Brothers Inc. and was managed by James Manafort's four sons; Anthony, Frank, John and Paul.

In the years that followed, the firm came to become the region's premier demolition company that was recognized year after year by Engineering News Record as a top Demolition Contractor nationwide.

As two more decades passed, the third and fourth generation led the firm to widen its focus into excavation and concrete foundation work, concrete, civil and utility, demolition, abatement and remediation, highway and bridge, nuclear decommissioning, rail and mass transit construction. Manafort became a leader in these market sectors as well, earning national recognition as a top 10 firm.

Manafort Brothers' diverse background and experience has allowed it to develop creative, safe, and effective solutions for difficult, one-of-a-kind challenges:

Today, Manafort is still led by the strong moral and business ethics of the Manafort family.

"We are grateful to the Greater New Britain and Plainville community for sustaining and supporting us for 100 years," stated Manafort. "We are committed to giving back to many local organizations as we believe we have a duty to contribute and take part in events that assist specific causes and charities."

"As the oldest demolition company in the Northeast, we have earned a reputation for our outstanding contracting abilities, service, and ability to get the job done safely and on time," said Manafort. "We are steadfastly dedicated to applying our distinctive engineering knowledge and dynamic approach to a new generation of challenges in the construction and demolition contracting industry."

Founded in 1919, Manafort Brothers Inc. is recognized in the construction and demolition services industry. The diverse contractor has established expertise in the concrete, civil and utility, demolition, abatement and remediation, highways and bridges, nuclear decommissioning, rail and mass transit market sectors. Headquartered in Plainville, Conn., the 4th generation, family-owned company has regional offices in Worcester, Mass. and Cumberland, R.I.