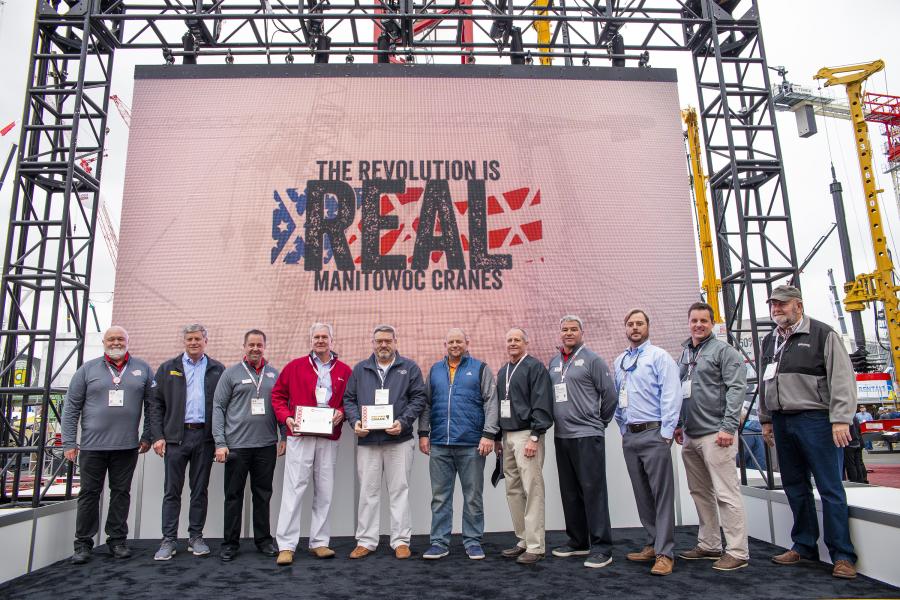 Ring Power Crane and Manitowoc had a lot to celebrate at this year's ConExpo.

Manitowoc gave the St. Augustine, Fla.-based company an award for having the highest volume growth of Grove cranes in North America. It also recognized the company for being the exclusive EnCORE service provider in its territory.