Massachusetts Bridges in Tough Shape, No Quick Fixes in Sight 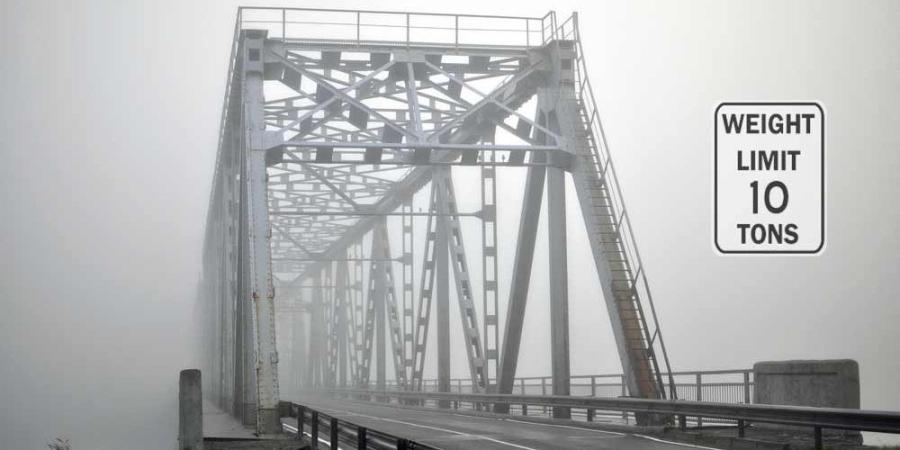 The number of structurally deficient bridges in Massachusetts may stay at more than 460 without more money, according to state Transportation Secretary Stephanie Pollack.

In a meeting in late October, Pollack called for more funding to help the state repair the hundreds of bridges that are in tough shape.

Those Bay State bridges rated as being in "poor" condition numbers 462. Approximately 13 percent of the National Highway System's (NHS) bridge surface area in Massachusetts also is rated as poor, according to state figures, and about 9 percent of the state's more than 5,200 bridges are considered structurally deficient.

Among all states, Massachusetts had the fourth-highest percentage of poorly rated bridges by road surface area and the 16th highest percentage of overall bridges rated poor, according to an annual report by the American Road and Transportation Builders Association (ARTBA).

"While they're not getting worse, we're sort of stuck," Pollack said. "[Funding is] quite flat from 2019 to 2020 because we are waiting on the authorization of additional resources."

The state's most-traveled structurally deficient bridge is in Randolph, according to the ARTBA report. The span carries traffic on Interstate 93 northbound over Massachusetts Route 24 northbound. The report noted almost 200,000 vehicles cross the bridge every day.

Built in 1958, the structure has been targeted for repair by the Massachusetts Department of Transportation (MassDOT), with nearly 50 percent of the approximately $5.5 million project finished. The state agency expects the project to be finished in January 2022.

Gov. Charlie Baker proposed a $1.25 billion fund to spur additional bridge maintenance as part of a roughly $18 billion transportation bond bill filed in July 2019, but the legislation did not clear both branches for a year and has not moved since it went to a private conference committee last summer. Other cash to fix bridges has been used up, as the state had an accelerated bridge program that ended in 2016.

John Pourbaix, executive director of Construction Industries of Massachusetts, a transportation and public works construction trade association, said the state isn't doing the work it needs to on bridges.

Pourbaix said for every bridge that's getting fixed, one or two is entering poor condition status.

"It's a simple factor of age. We have about 5,200 bridges in the state and most of them are more than 50 years old," he explained. "We're just not investing enough money in the bridges."

Because Massachusetts has more than 10 percent of its NHS bridge area in such substandard condition, it's limited in how it can use federal money for repairs. A portion of those funds must first go to those bridges, and Pourbaix said that has a huge impact on secondary and municipal bridges that aren't part of the highway system. Pourbaix said he predicted the state having that limited flexibility for at least five to 10 years.