Massachusetts Drawbridge Replacement Will Allow Rail Service to Resume in May 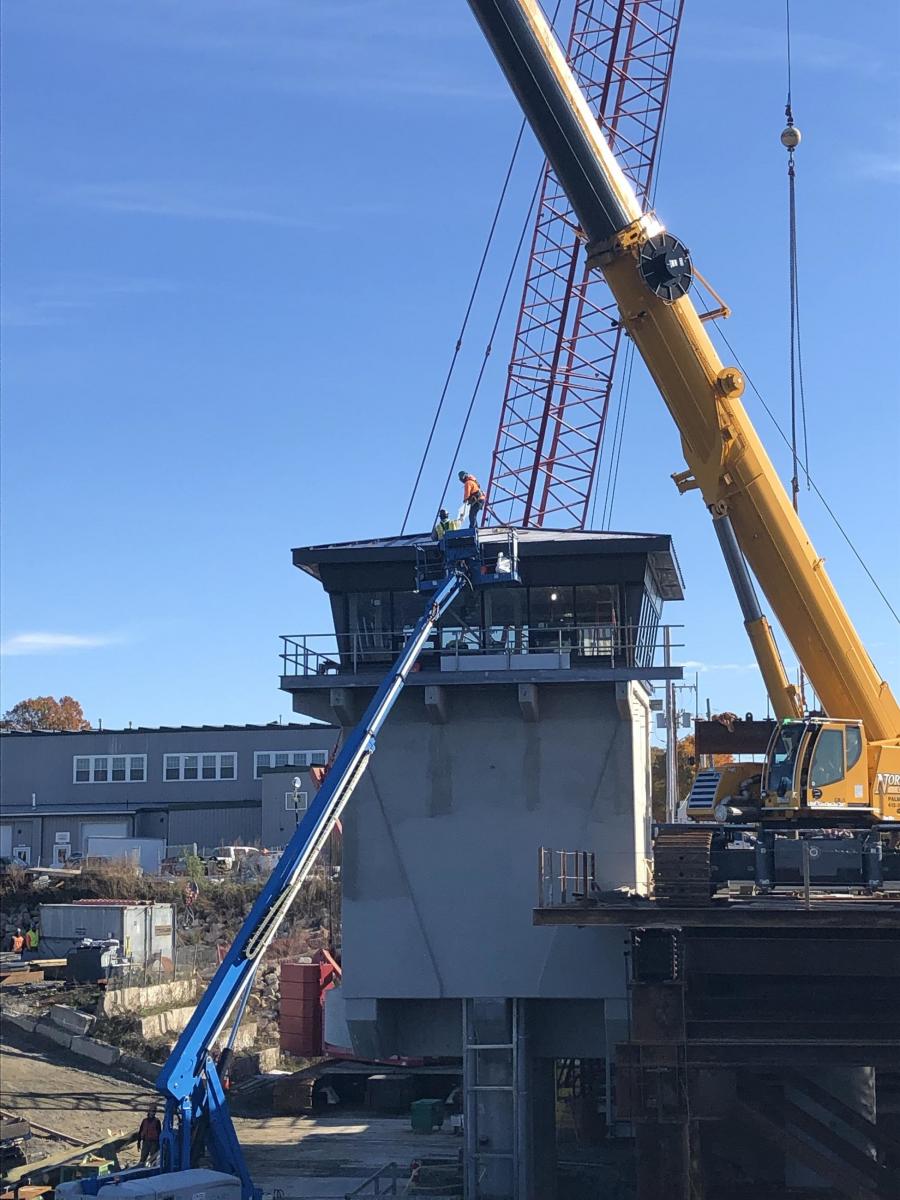 Roof panel being installed on the observation level of the control tower. (MBTA photo)

The Massachusetts Bay Transportation Authority (MBTA) announced just before Christmas that its commuter-rail service over the Gloucester Drawbridge on the Rockport Line is expected to be restored by May.

In the meantime, construction is progressing on the $100 million drawbridge replacement project. The bridge carries the rail line over the Annisquam River. Work left to be completed includes removing loose rock from the ledges alongside the MA Rt. 128 bridge tracks and cyclical maintenance operations.

MBTA noted in a press release that the disruption in service has provided an opportunity to accelerate other projects planned for the Rockport Line that would have required service interruptions later in 2022. Several complex projects were launched that could only be accomplished with rail service suspended, and this extended interruption allowed MBTA to complete its work more efficiently.

Other work to be completed includes the critically important effort to remove loose rock from the ledges alongside the tracks by the MA 128 bridge. Regular cyclical maintenance operations also will be scheduled to maximize the remaining time to the greatest benefit.

Shuttle buses will continue to serve the MBTA's Gloucester and Rockport Stations during the bridge closure, and the agency has the capacity to offer additional buses if ridership demand warrants it.