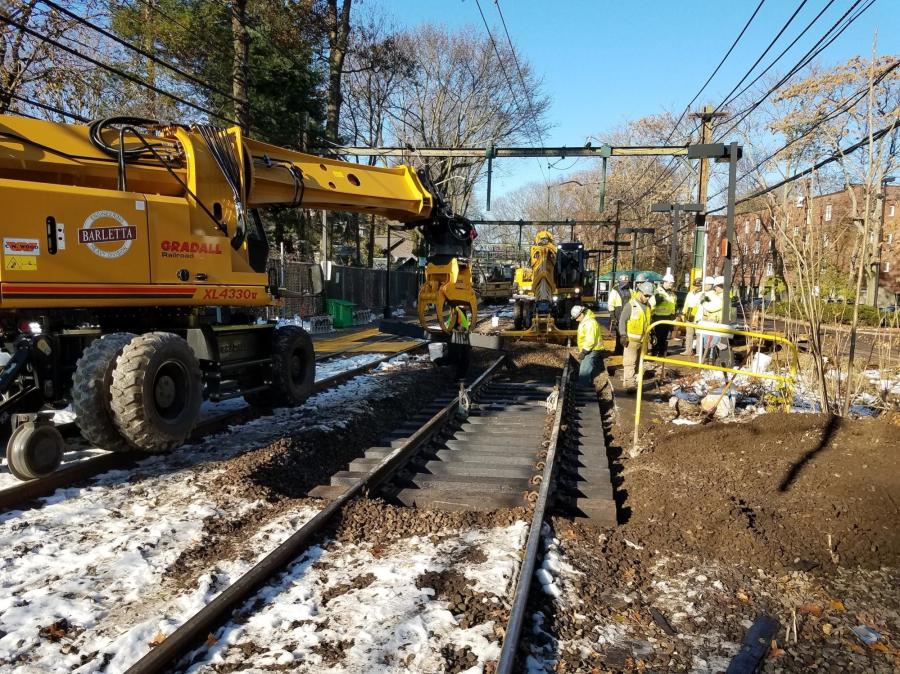 The bill would mean $5.695 billion for MBTA improvements, including $595 million for the Green Line Extension project. (MBTA photo)

The Baker-Polito administration filed a transportation bond bill on July 25 seeking $18 billion in additional capital authorization to invest in building and modernizing a transportation system that meets the needs of residents, businesses and cities and towns statewide. The authorization would be used to fund existing programs as well as several new initiatives designed to lessen impacts from roadway congestion and ensure reliable travel throughout the Commonwealth.

Titled An Act Authorizing and Accelerating Transportation Investment, the proposal includes a series of initiatives from the administration to combat congestion on the Commonwealth's roadways including establishing a tax credit to encourage telecommuting and remote working, expanding the use of designated bus lanes and transit signal priority, as well as creating a program designed to reduce bottlenecks on local roadways.

It includes nearly $5.7 billion to continue modernizing the MBTA; $150 million to improve the pavement condition on state roads; $20 million to ensure municipalities have resources needed to continue efforts to build ‘Complete Streets' infrastructure to encourage the public to travel more on foot and by bicycle; and $70 million for the Municipal Small Bridge program.

The bill filed makes available an innovative, ongoing source of future support by authorizing up to half of the revenue generated by regional market-based compliance programs in the transportation sector, including the Transportation and Climate Initiative (which is currently under development with other Northeast and Mid-Atlantic states and the District of Columbia), to be used to support public transit capital investments that reduce greenhouse gas emissions in the transportation sector. The implementation of this initiative will lead to additional future revenues for investments in transportation infrastructure beyond those included in the bill.

The bill reauthorizes and expands the special revenue bond Rail Enhancement program to support $2.7 billion for MBTA investments over the next 10 years beyond those funded in the five-year capital plan. This will help fund planning studies and pilots to support the reinvention of both the bus and commuter rail systems, make rail service improvements throughout the Commonwealth and invest in infrastructure power and resiliency.

It also authorizes $1.25 billion in Grant Anticipation Notes to support an expanded bridge program, the Next Generation Bridge financing program, ensuring that a total of approximately $4 billion will be available over the next eight years to invest in bridge preservation and reconstruction. This funding exceeds the size of the recently-completed Accelerated Bridge program. 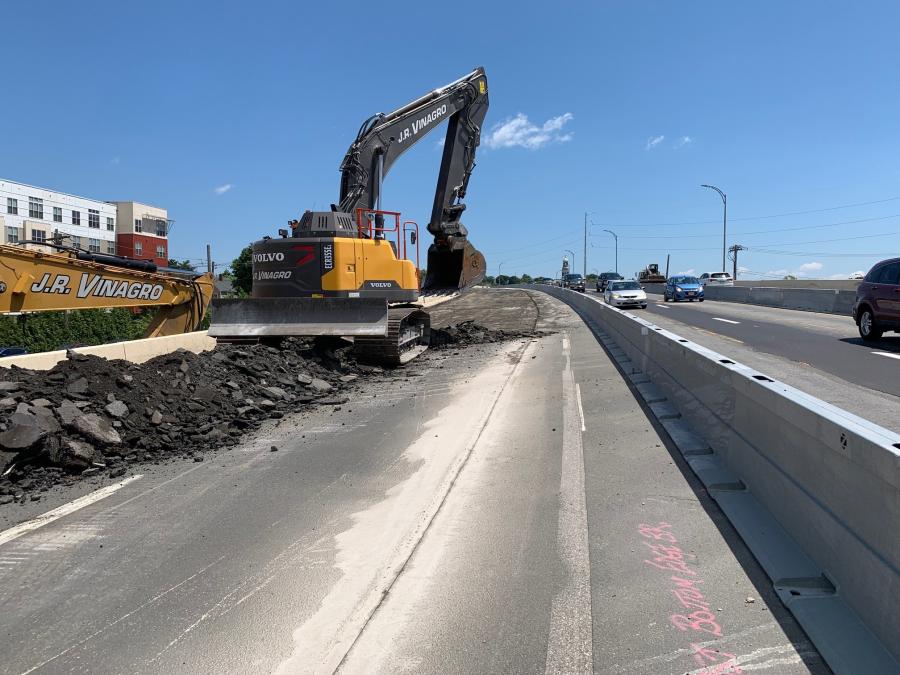 With the passage of this bill, MassDOT would be provided with the tools and resources to advance its goals of having 70 percent of non-interstate pavement in good or excellent condition. MassDOT also would be empowered to continue moving towards the goal of less than 10 percent of the bridge deck area of National Highway System bridges in poor condition.

"This bond bill reflects our ongoing commitment to increasing the capability of MassDOT and the MBTA to carry out construction projects to ensure that residents throughout the Commonwealth have access to safe and reliable travel options," said Gov. Charlie Baker. "Millions of people rely on Massachusetts's roadways and transit systems to get to work every day, and we look forward to working with our colleagues in the Legislature to pass this transportation bond bill into law."

"Our administration is continuing to collaborate with local cities and towns to make investments in transportation infrastructure that increase resiliency and connectivity," said Lt. Gov. Karyn Polito. "This $18 billion transportation bond bill would enable the creation of several new programs focused on strengthening the MBTA system, improving highways and bridges, supporting municipal roadway projects, and addressing climate change and congestion across Massachusetts."

Tackling the twin challenges of vehicular congestion and carbon emissions is at the heart of this bill. In addition to new funding for the MBTA, the bill authorizes $330 million for capital support to the 15 Regional Transit Authorities to invest in fleets and facilities, including bus electrification. A new $50 million Transit Infrastructure Partnership Program will provide grants enabling transit authorities and municipalities to work together to provide bus lanes, transit signal priority and other infrastructure to keep buses moving. Other authorizations support investments in bicycle and pedestrian infrastructure and water transportation and address the need to make transportation infrastructure more resilient in the face of a changing climate.

Provisions of this bill would accelerate the pace of construction projects and improve capital delivery. They would allow investments to be made using methods and procedures that appropriately balance safety, efficiency, and reliability. For example, the bill would enable the MBTA to partner with developers willing to build or improve transit infrastructure to expedite the distribution of public benefits, and use well-established procurement methods such as job order contracting for smaller projects. MassDOT and the MBTA would be authorized to follow a streamlined process for entering into public-private partnerships and use design-build project delivery for all projects, including those with budgets under $5 million.

In anticipation of a report on congestion currently being completed by MassDOT, legislation also includes two innovative new congestion reduction programs. The bill provides incentives to encourage employers to keep workers off the road during peak congestion times, providing a tax credit for companies that support employees who work from home or remote locations.

"Over the past four years, the Baker-Polito Administration has more than tripled the amount of money being invested to repair, upgrade, and modernize the MBTA system while steadily increasing investments in our highway and bridge networks," said Transportation Secretary and MassDOT CEO Stephanie Pollack. "Our vision is to continue to strengthen the Commonwealth's transportation systems and increase the MBTA's capital delivery capacity by another 50 percent. This bill offers the tools to allow that to happen."

"The Baker-Polito Administration's approach to financing long-term capital investments balances the need to maintain and upgrade the Commonwealth's infrastructure with a strong commitment to fiscal responsibility," said Secretary of Administration and Finance Michael J. Heffernan. "We look forward to working with the Legislature on a bond authorization that will pave the way for these important transportation investments."

The bill responds to the needs of municipal partners by reauthorizing or creating five funding partnerships to supplement and complement the Chapter 90 program, and reauthorizes the popular Municipal Small Bridge program and Complete Streets program. In addition to the transit infrastructure partnerships and local bottleneck reduction programs already mentioned, a third municipal funding initiative would improve the condition of roadways by authorizing $100 million for a municipal pavement partnership program to help cities and towns care for state-numbered routes that are locally-owned.

The Baker-Polito Administration recently finalized its five-year $18.3 billion transportation Capital Investment Plan for Fiscal Years 2020-2024. The authorizations in this bond bill would support investments and initiatives in the next annual update to the transportation Capital Investment Plan, which will include capital spending between Fiscal Years 2021-2025.

Highlights of the transportation bond bill include:

$5.695 billion for MBTA improvements. This includes:

A series of initiatives to combat congestion on the Commonwealth's roadways. This includes:

$725 million for Planning and Multimodal Transportation Implementation. This includes:

Updates to existing statutes to allow the MBTA to expedite its capital delivery process. This includes:

$790 million for MassDOT Rail and Transit Division investments. This includes: