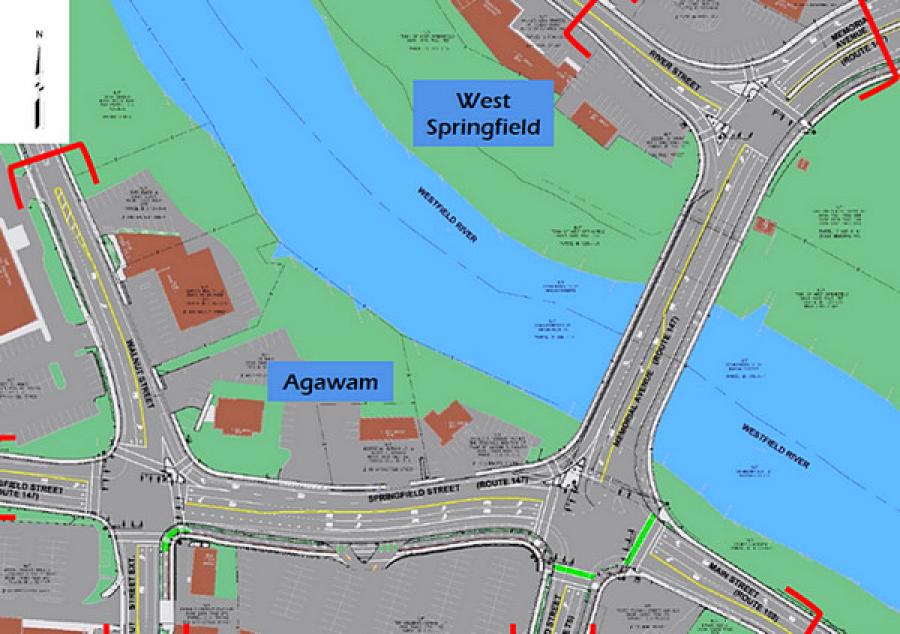 The Massachusetts Department of Transportation (MassDOT) is beginning a new project in West Springfield/Agawam. The Morgan-Sullivan Bridge Reconstruction Project will reconstruct and widen the bridge that carries Suffield Street/Memorial Avenue (Route 147) over the Westfield River. The project also will reconstruct and add new traffic signals to three intersections:

The full project schedule is as follows:

The schedule for this major infrastructure project is weather dependent and subject to change without notice.