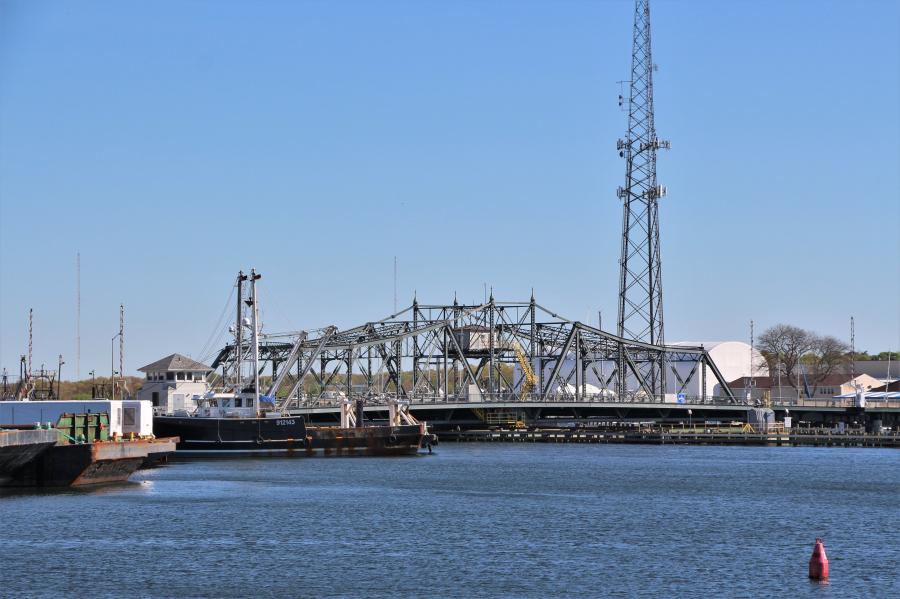 MassDOT is beginning the process to design and permit a replacement for the aged swing-truss bridge, which carries U.S. Highway 6 over the Acushnet River along the southeastern coast of the state.

The Massachusetts Department of Transportation (MassDOT) is asking for design plans to replace the 125-year-old New Bedford-Fairhaven Bridge, according to an announcement April 6 from State Rep. Bill Straus.

He said MassDOT is beginning the process to design and permit a replacement for the aged swing-truss bridge, which carries U.S. Highway 6 over the Acushnet River along the southeastern coast of the state.

Construction of the bridge began in 1897, and it occasionally shows its age when the hydraulic system malfunctions, as happened in March when the bridge became stuck for a time in the open position.

MassDOT blamed the problem on a hydraulic jack that malfunctioned, but New Bedford's WBSM News-Talk Radio reported that the incident prompted New Bedford Mayor Jon Mitchell to state on Twitter, "We don't need more reminders that the bridge needs to be replaced."

He cited a 2014 MassDOT feasibility study that found the bridge is "functionally obsolete," but that replacing it would cost around $120 million.

Completion of preliminary design work is standard for projects of this scope before they can be included on construction funding lists, Straus noted, adding that the work will be "critical to the project's future funding success."

He praised Mitchell for being "tireless in his advocacy for this project," while adding, "I cannot recall a legislative delegation meeting where he has failed to bring this up."

"I want to thank [MassDOT] Highway Administrator [Jonathan] Gulliver and the Highway District 5 staff for their cooperation with me in getting the start for this engineering work," continued Straus, who is the House Chair of the Transportation Committee on Beacon Hill.

"While this project will ultimately cost more than $100 million to permit and construct, a replacement bridge has significant economic value as it will allow better access through our port by widening of the available channel for vessels and providing for more up to date and efficient operations during bridge openings."

Both Straus and his colleague, Massachusetts State Rep. Antonio Cabral, have long advocated for a bridge replacement project. In 2015, the pair recommended a tall vertical lift bridge design, according to the news release.

Mitchell had asked the state to replace the bridge long before its latest failure in March.

"I actually wrote a term paper in college, in an urban economics course, arguing for the replacement of this bridge," Mitchell told WPRI.com.

Thirty years later, he added, little to nothing had been done — until now.

Mitchell noted that the bridge routinely causes traffic snarls because when it swings open to allow ships through, it does so slowly. In addition, he said it prevents his city's expansion of the commercial fishing industry.

The New Bedford mayor told WPRI.com that the northern part of the harbor cannot be as developed as other sections because large ships will not fit through the old bridge's narrow opening.

"This is the biggest commercial fishing port in the United States. It is a major source of America's food supply," Mitchell said. "Lots of people rely on it and so it has to work, and that requires the state to make an investment."