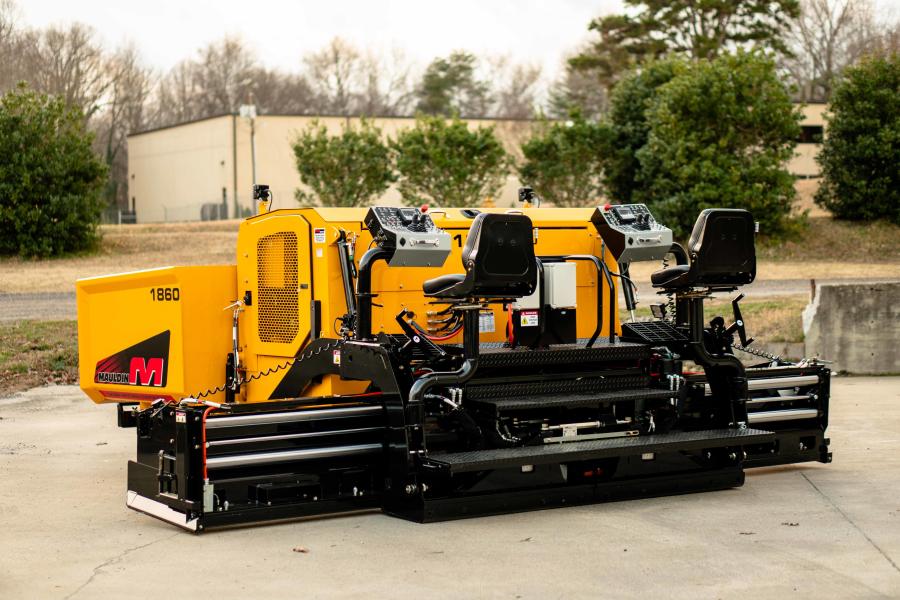 The 1860, which replaces the long-running 1750-C, is sporting a completely redesigned tractor packed with new features aimed to increase machine efficiency and operator convenience.

Mauldin unveiled three new commercial class pavers at the World of Asphalt show in Indianapolis this year. The three new models have undergone changes to help increase product performance while maintaining operator convenience, according to the manufacturer.

People familiar with the performance and mat quality of the 1750-C will see the same results from the new 1860. The 1860 shares the same Silver 16 screed which has been in production for 15 years. The Silver 16 is still the heaviest screed in its class at 4,500 lbs. (2,041 kg). Paired with the 4-auger feed system the Silver 16 provides a mat quality and density rivaled by none, according to the manufacturer. The electric heat for the screed still comes from a 16 kw 4-zone fail-safe thermostatic control system. 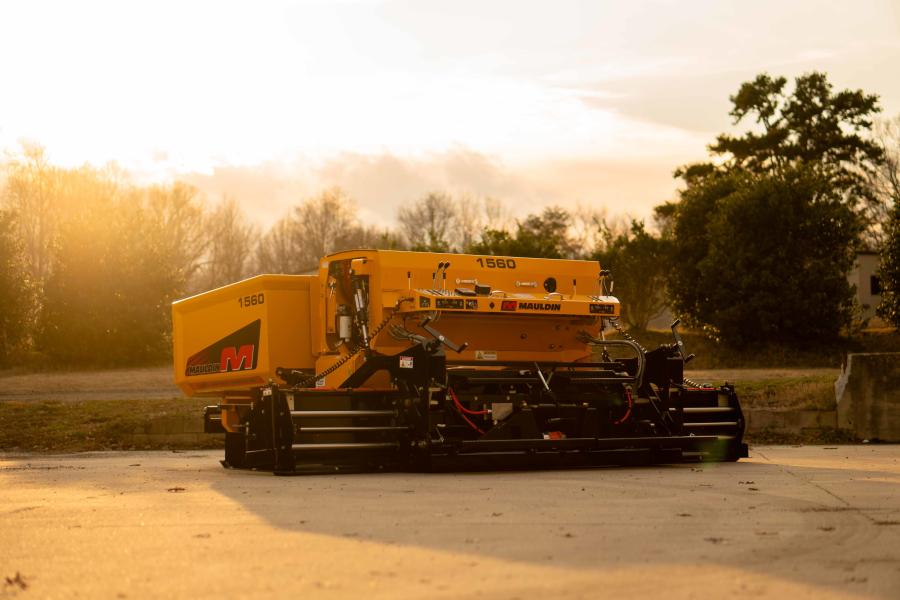 The 1560 uses the same 8 to 14 ft. (2.4 to 4.2 m) Freedom Fourteen 4-auger screed. Improved from the 1550-D, the 1560 now comes standard with an electrically heated screed. The thermostat-controlled heat system gets its power from a 14 kw direct-driven generator mounted directly to the engine. This means less horsepower is lost from a belt or hydraulic driven system resulting in the most efficient system on the market.

Also new for the 1560 is a color 5-in. (12.7 cm) digital display replacing the analog gauges. In addition to gauges, the digital display also controls the auger material height and screed heating.