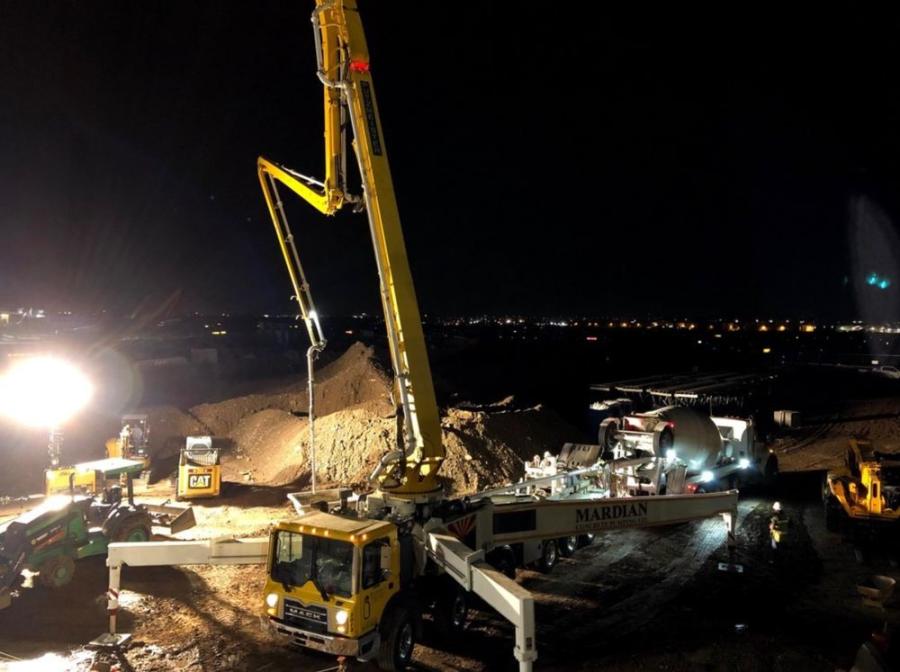 An airport is often called the city's main street. No wonder, in most cases, it is the most visited place in the metro area. Phoenix Sky Harbor is no exception. In 2019, the airport welcomed some 46 million passengers, the results of more than 438,000 takeoffs and landings.

The main street has a new look as an eighth concourse (including eight new gates) has been added to Terminal 4.

Begun in May 2019, the $310 million construction project is scheduled for completion in spring 2022. Led by McCarthy Building Companies, the 275,000 sq.-ft. project will include approximately 25,000 sq. ft. for retail, food and beverage concessions.

Terminal 4 is the largest at Sky Harbor and handles approximately 80 percent of the passenger traffic. The new concourse is located at the southwest corner of the terminal and will house a total of 92 gates to accommodate future increased passenger travel.

A serious challenge for many construction projects, including the new Sky Harbor concourse, is to identify existing underground infrastructure and to develop a plan that allows the work to be completed safely without impacting airport operations. Contractors must be especially cautious when working at an airport as they often encounter underground jet fuel supply lines, electrical duct banks, sewer systems and many other utilities that are critical to airport operations.

Early in the planning process, the McCarthy team implemented a comprehensive utility mapping plan for the project to identify the locations of existing underground utilities and structures. This process was completed during the design phase. The information was then incorporated into the construction documents, ensuring the new construction was coordinated with existing conditions. The mapping process streamlined the project's design and construction timelines, helping to avoid potential safety issues and unnecessary impacts to the airport's critical infrastructure.

Passengers to an airport are looking for a smooth transition from the parking lots to check-in, easy care for their luggage, plenty of choices for their destinations and a comfortable place to hang out while they wait on their flights. The new construction at Terminal 4 in Sky Harbor addressed all these issues. 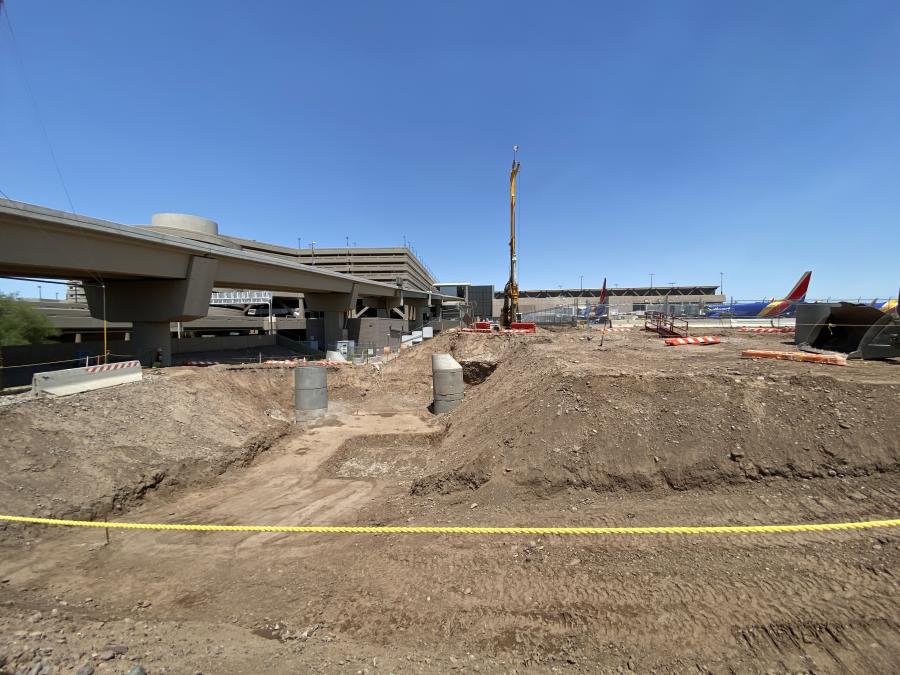 The new baggage handling system includes approximately 1.5 mi. of conveyor belts for quick and accurate handling of baggage. Four separate underground tunnels were constructed to facilitate the transfer of baggage from the ticket counter to TSA for screening before being transferred to each of the four south concourses. "We used a cut and cover system for building the tunnels for the baggage," said Moon. "The tunnels were shored during construction, making it safe for Sky Harbor's ongoing operations and construction crews while providing a secure, long-lasting tunnel for the airport's new baggage handling system. Using this method also minimized the amount of excavation and backfill along with cost to the project."

This important aspect of airport infrastructure is mostly invisible to passengers and yet vital for getting bags routed. Baggage is ticketed with barcodes at the drop-off spot and then routed to the proper plane through these underground labyrinths.

The project includes a new transfer bridge connecting the south concourses to the north, inclusive of a consolidated exit lane for the A-Gates and D-Gates. The crews needed to communicate with project stakeholders daily to make sure there was no interference with the passenger flow or the traffic on Sky Harbor Blvd. "Building a new bridge within the confines of an existing structure was extremely complex," Moon said.

"A majority of the work was performed at night when traffic on Sky Harbor Boulevard was not as busy, helping to minimize impacts to airport operations, while allowing crews to work safely and productively."

Another complexity for workers was constructing the connector bridge and new concourse, which are adjacent to Sky Train. This automated people mover, which operates 24 hours a day, delivers passengers to and from parking areas and other terminals. "The East-West connector bridge and concourse were constructed within 10 feet of Sky Train," said Moon. "We set up a netting system, similar to those you see at Top Golf to provide a physical barrier between the construction site and Sky Train as an added safety precaution. A representative from Sky Train was also present onsite when any critical construction activities occurred within 25 ft. of the Sky Train to further ensure traveler safety." 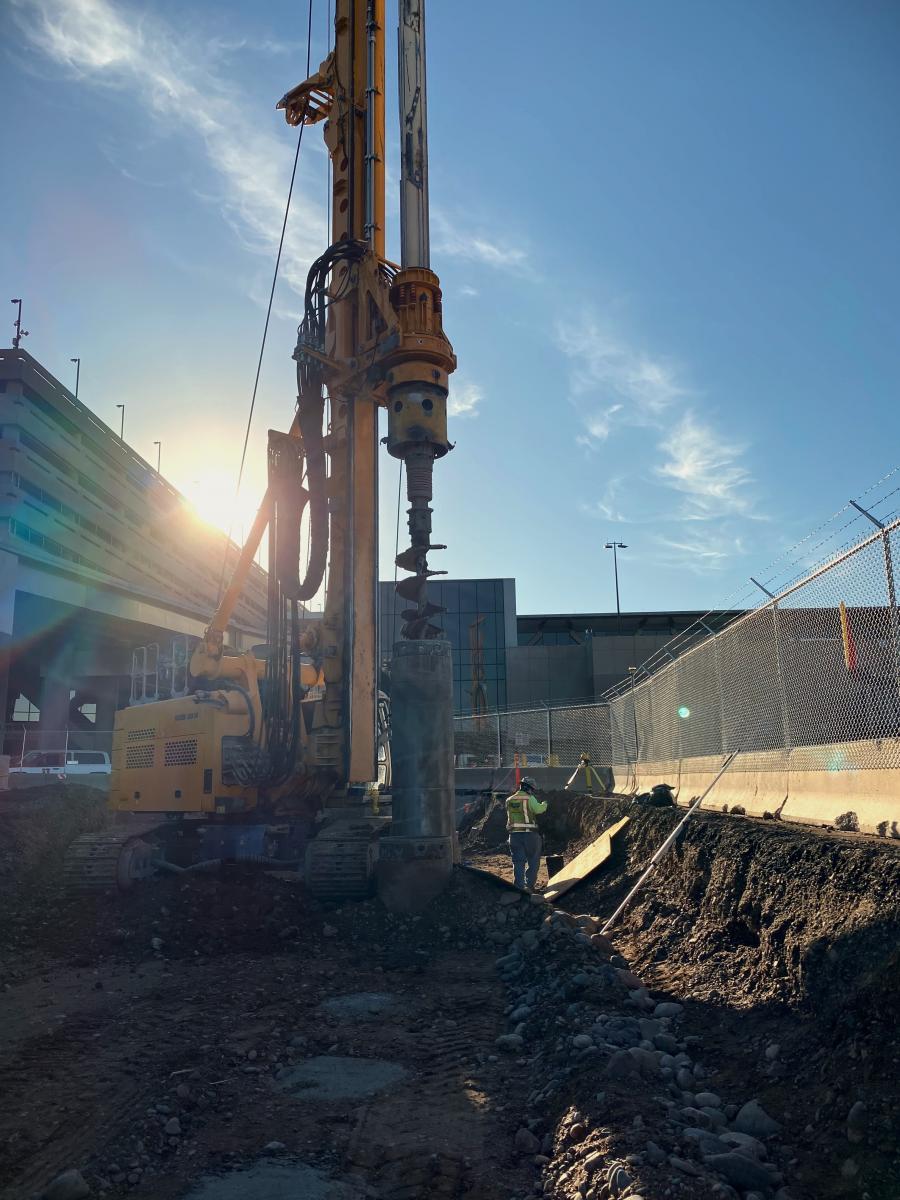 McCarthy met regularly with the design team from SmithGroup/Corgan and the city of Phoenix to plan the most efficient use of space.

In addition to the construction of the new concourse, subcontractors performed work on the nearby runway areas and aprons where the planes park when passengers are getting on and off the planes. Sky Harbor Airport's newest concourse required 50 million lbs. of concrete, nearly 2 million lbs. of rebar, 92,000 sq. ft. of exterior metal panel and 56,000 sq. ft. of terrazzo flooring.

"The concourse project is all about enhancing the passenger experience," said Moon. "Passengers will now have a great view of the mountains as well as the aircraft coming and going. Every seat will have a charging area for electronic devices. I'm sure travelers will be pleased by the large retail area for food, beverage, and shopping. In my 20 years in the industry, this Sky Harbor project has been the most satisfying I've worked on."

Director of Aviation Services Chad Makovsky is pleased with the results of the project.

Anyone who has been to Sky Harbor knows that summers in Phoenix can be furnace like. Planners took the step of including special features in the windows that will reduce the costs of keeping the airport cool during the heat. Approximately 14,000 sq. ft. of electrochromic glazing was installed and connected to low-voltage wiring that leads to local control panels, allowing Sky Harbor to adjust the level of window tinting via smartphone. Depending on the sun's angle, the tinting can be controlled for maximum comfort for people in the concourse. Project planners estimate that electrochromic glazing on the project will reduce energy consumption by approximately 20 percent. The new electrochromic glazing system installed on the newest concourse is a first for Sky Harbor.

Project planners achieved other environmental savings by recycling concrete, asphalt and steel from existing structures, some from the 1960s, in building the new concourse. CEG