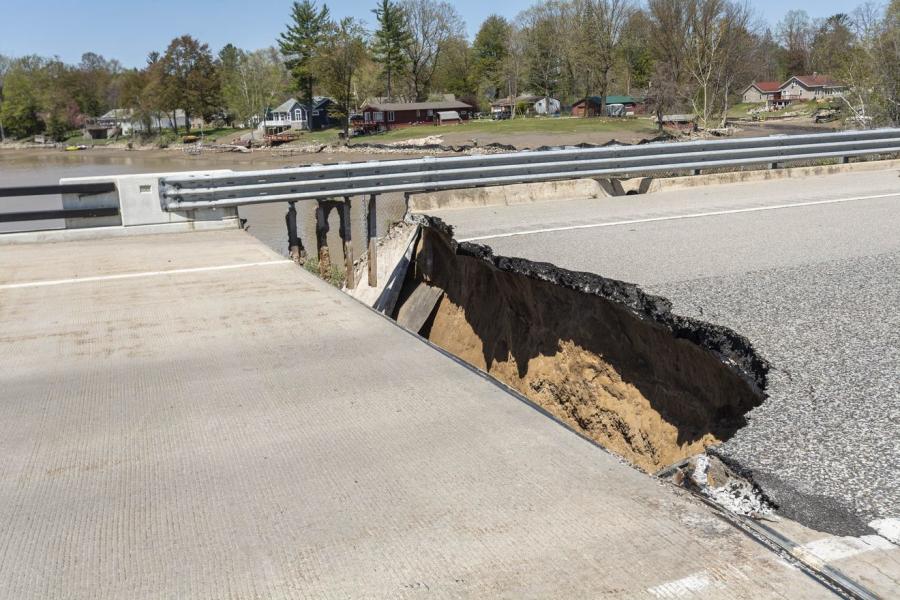 The U.S.-10 bridges at Sanford Lake suffered extensive damage during the May floods. Bridge approaches were washed away and undermining occurred, impacting the stability of the bridge, piers and abutment walls.

Traffic is flowing again on U.S.-10 near Sanford as the Michigan Department of Transportation (MDOT) reopened a portion of the freeway severely damaged in May flooding.

Following completion of the first phase of emergency repairs, MDOT opened the eastbound lanes of U.S.-10 and will use crossovers to allow vehicles to travel in both directions until the westbound lanes can be repaired. This allows vital commercial carriers and commuters to resume travel between Midland and Clare, alleviating congestion on other trunklines and local roads.

Crews expect to complete remaining work on the westbound U.S.-10 bridge by June 18. 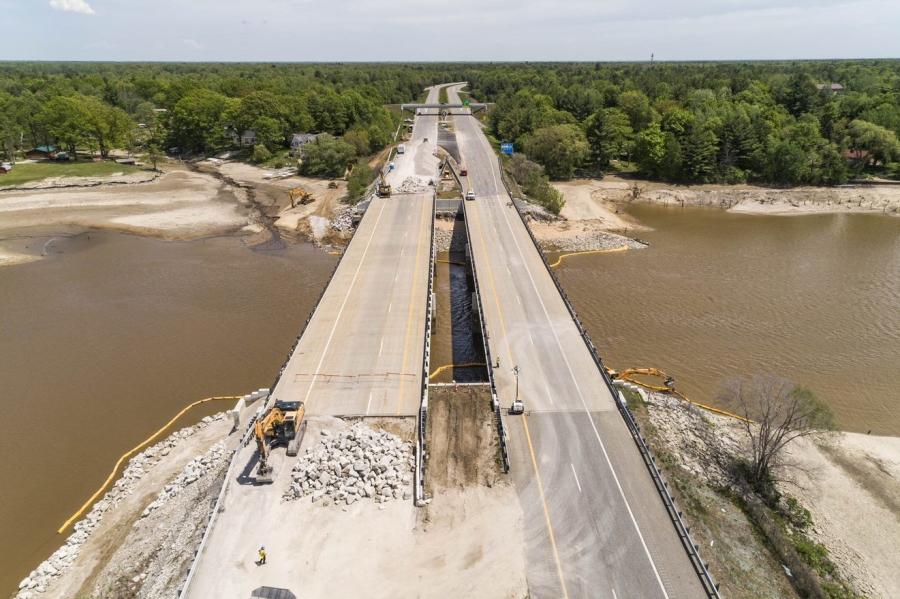 "Following this historic flooding, I asked MDOT to make reopening roads and bridges a top priority," said Gov. Gretchen Whitmer. "Given the importance of U.S.-10 to the region's economic vitality, I want to thank Director Paul Ajegba, his team and the workers who repaired the bridge so quickly."

Devastating floods and infrastructure failures last month resulted in damage to more than 23 state and local roads in five counties, including the U.S.-10 freeway, which carries an average of nearly 20,000 vehicles per day, making it one of the most heavily traveled routes closed by the floods.

A few days following the flood, MDOT held an emergency bid meeting to begin repairs on both sides of U.S.-10. Crews would need to stabilize both structures; replace material that had been undermined (which exposed piers and abutment walls); and complete paving on the westbound U.S.-10 bridge approach. Midland-based Fisher Contracting won the emergency bid for $1.8 million and began work within a day of the contract award.

MDOT has developed an interactive Geographical Information System (GIS) map identifying flood-damaged roads across mid-Michigan. The map includes information and photos, and will be updated as work progresses at each location.