The funds supplement the $2.5 million in ER funds awarded to the territory for damages related to Hurricane Irma. 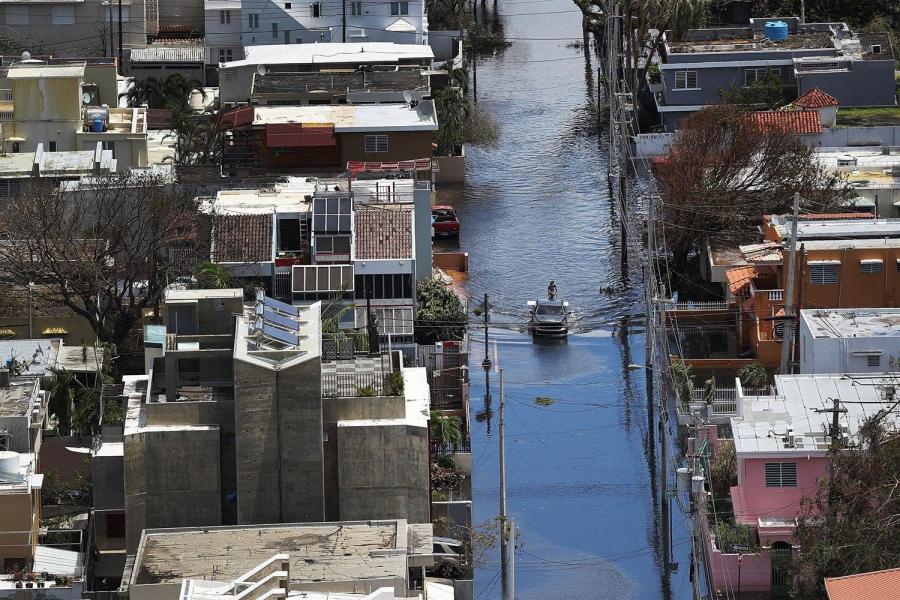 The U.S. Department of Transportation's Federal Highway Administration (FHWA) today announced the immediate availability of $40 million in “quick release” Emergency Relief (ER) funds to help restore essential service on roads and bridges damaged by Hurricane Maria throughout Puerto Rico. The funds supplement the $2.5 million in ER funds awarded to the territory for damages related to Hurricane Irma. The funds were requested Sept. 28, and quickly approved.

“Puerto Rico was hit hard by Hurricane Maria, so I have directed the Department to release $40 million in emergency funding to begin restoring and repairing the roads and bridges across the island,” said U.S. Secretary of Transportation Elaine L. Chao, “It is critical to get the island's infrastructure in working condition as soon as possible so relief supplies and other assistance can be delivered to the people of Puerto Rico.”

Hurricane Maria caused widespread damage to roads and bridges across the island. In addition to restoring essential traffic, emergency work will include repairs to bridges, guardrails, traffic signal systems and address a variety of damages related to mudslides and flooding.

More information about FHWA's ER program can be found online at: https://www.fhwa.dot.gov/programadmin/erelief.cfm.

In addition to the FHWA's quick release payment, the Department is taking other actions to help those suffering from the damages caused by Hurricane Maria.

Recovery efforts are now supporting more than a dozen commercial passenger flights per day at Luis Munoz Marin International Airport. As the FAA continues to restore radars, navigational aids and other equipment damaged during Hurricane Maria, the number of flights is expected to significantly increase.

On Tuesday, September 19, the Federal Motor Carrier Safety Administration (FMCSA) updated the Emergency Declaration to include additional states that may be impacted by Hurricane Maria. This Emergency Declaration addresses existing and anticipated emergency conditions creating a need for immediate transportation of supplies, equipment and persons and provides necessary relief.

FMCSA also exempted military service members from the Commercial Driver's License (CDL) requirement so they can drive fuel trucks and evacuation buses evacuation buses without having a CDL. In addition to those waivers, FMCSA will not enforce the $100 registration fee for truck and bus operators who want to apply for a “temporary operating authority registration.”

As of Sept. 22, FTA has awarded $8.4 million in critical grant funding to Puerto Rico to support their transit systems on the island.

The vessels are currently docked or enroute to the Caribbean on prescripted missions from FEMA. The RRF Wright is currently docked in the port of Charlotte Amalie, St. Thomas to off load cargo. The vessel is loaded with FEMA containers, vehicles, and stores. Among the cargo is a replacement radar system for the Federal Aviation Administration. The TS Kennedy is now docked in San Juan, Puerto Rico. The TS Empire State, which was scheduled to depart for Puerto Rico on Sept. 28. It will be carrying FEMA, Naval, and debris removal personnel. The vessels will remain onsite to provide power, food, clean water and berthing to first responders, freeing up local hotels for displaced residents.