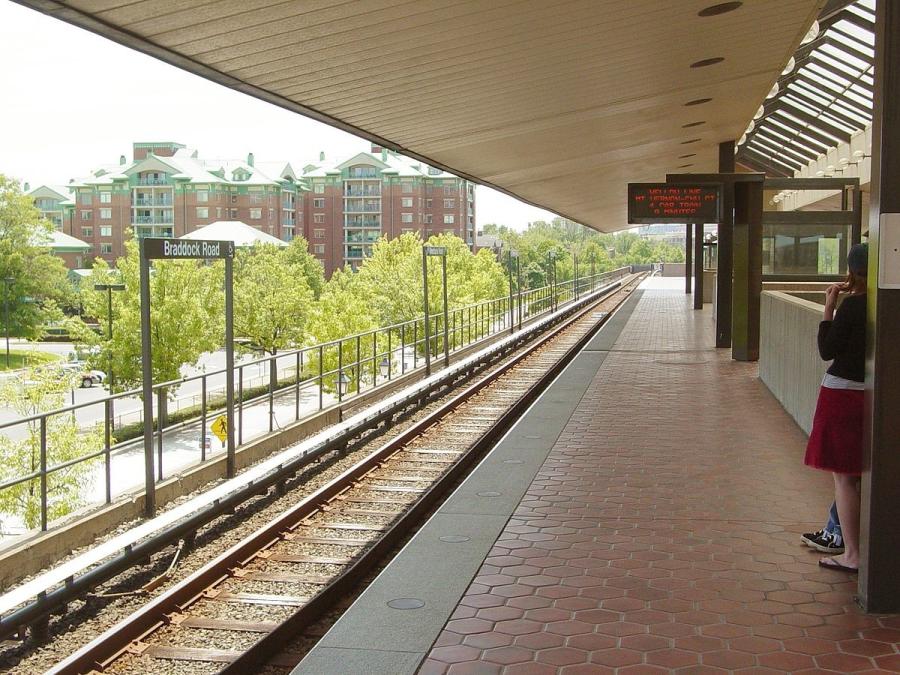 Metro plans to demolish and rebuild the Braddock Road station in summer 2019.

According to Metro, the projects are considered “heavy construction activity that requires that tracks be taken out of service to allow for demolishing existing structures, access to the construction area and concrete pouring,” NBC Washington reported. While Metro has already rebuilt the platforms at 10 of 45 outdoor train stations, doing so meant years of single tracking, and projects that took years to complete, the Authority said in a news release.

After a great deal of planning, Metro said that shutting down stations completely for this round of renovations will “provide contractors with 24-hour access to selected work sites.” This safer approach also will cut down on the project's timeframe, as workers will not have to keep setting up and breaking down their equipment.

In Phase I of the project, which will begin in 2019, Metro plans to demolish and rebuild station platforms at Braddock Road, King Street and Eisenhower Avenue stations. This will lead to the shutdown of rail service south of Regan National Airport in summer 2019. Metro said that Blue and Yellow line service will operate regularly between the airport and Largo Town Center (Blue Line) and Fort Totten/Mt. Vernon Square (Yellow Line).

Metro said it plans to rebuild platforms at Van Dorn Street, Franconia-Springfield, Huntington and Regan National Airport between September 2019 and May 2020, however, the setup of these stations will allow them to remain open during construction. Following this, platforms at the remaining 13 stations will be rebuilt between 2020 and 2021.

In total, the project will renovate outdoor platforms at 20 stations to the tune of $300 to $400 million.