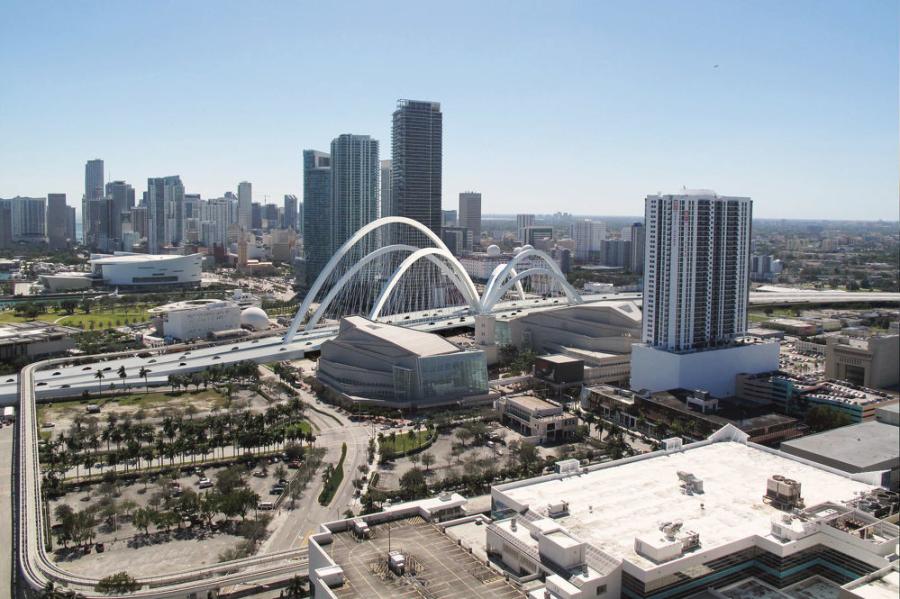 Both day and night, construction crews in Florida are working on an $802 million design-build project that will improve safety, mobility and traffic operations along SR 836 and I-395. The Florida Department of Transportation (FDOT) has partnered with the Miami-Dade Expressway Authority (MDX) to complete the massive undertaking.

"Benefits include adding capacity to SR 836 from NW 17 Avenue to I-95 to enhance traffic flow and a double-decked section of SR 836, which will provide a direct connection to the MacArthur Causeway," said Oscar Gonzalez, FDOT senior community outreach specialist. "The project also will add an additional lane to the eastbound SR 836 ramp to northbound I-95, enhancing traffic flow and safety through the interchange, and add an auxiliary lane along northbound I-95 from north of NW 17 Street to NW 29 Street to accommodate the additional traffic from the eastbound SR 836 ramp to northbound I-95." 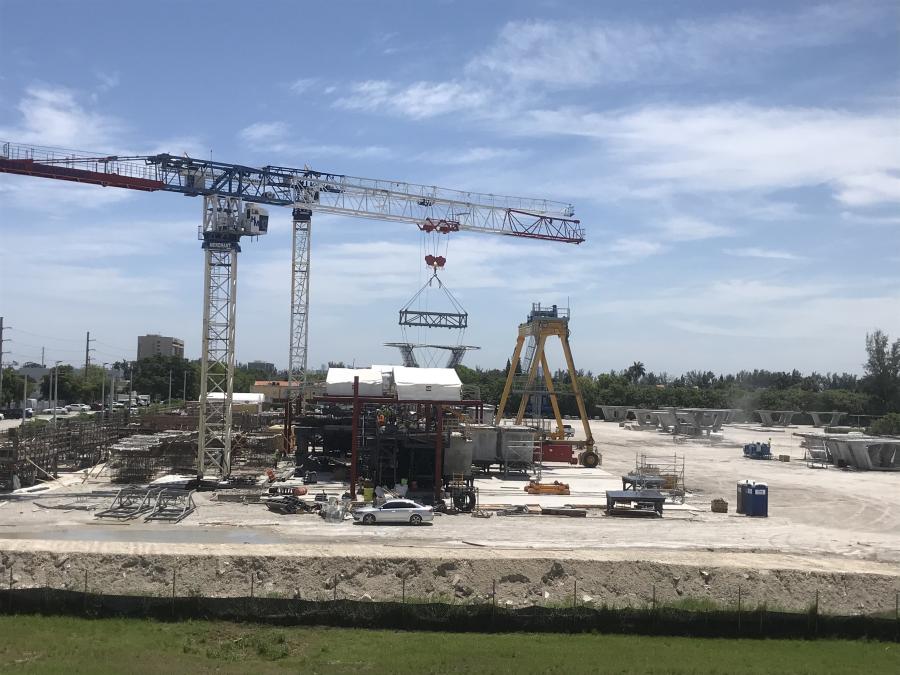 Workers were tasked with constructing a new connector ramp from I-95 southbound to SR 836 westbound to enhance traffic flow and reduce weaving, as well as providing three I-395 through lanes in each direction and separate connector ramps for traffic to and from I-95. Moving I-395 on and off-ramps west to North Miami Avenue will result in improved traffic flow by allowing additional routes for traffic to travel north and south of I-395. Crews also are constructing more than 30 acres of usable space under the I-395 bridges, including a continuous trail from NW 3 Avenue to Biscayne Boulevard.

"I-395 will be reconstructed from the SR 836/I-395/I-95 [Midtown] Interchange to the MacArthur Causeway Bridge, including an iconic, six-arched signature bridge spanning more than 1,000 feet from west of NE 2 Avenue to east of Biscayne Boulevard," said Gonzalez. "The tallest arch of the bridge will reach approximately 330 feet in the air. The signature bridge design was inspired by Miami's status as the center of the Americas, with its arching forms symbolic of the area's culture as people from the Americas coming together as one.

"Aesthetic lighting will be added to the bridge cabling system to illuminate the Miami skyline, making the signature bridge a Miami landmark for generations to come. The new I-395 bridges will be constructed at a higher elevation with fewer columns to convert currently unusable areas into more than 30 acres of community spaces for the enjoyment of residents and visitors."

According to Gonzalez, SR 836 will be double decked from west of NW 17 Avenue to the Midtown Interchange. This section will provide drivers with a direct connection to the MacArthur Causeway that is free of local entry and exit traffic. The existing SR 836 roadway (lower level) and bridges will serve as a collector distributor system that allows drivers to enter and exit from the existing local roads and I-95. This collector distributor system will reduce weaving movements resulting in enhanced safety and better traffic operations on SR 836.

Enhancements on I-95 include the total replacement of the concrete pavement for northbound and southbound travel lanes from NW 8 Street to NW 29 Street. The expressways being reconstructed converge at an interchange that experiences more than 450,000 vehicle trips daily, and serves as the major access route for residents and visitors to downtown Miami and Miami Beach, as well as Miami-Dade County's major tourist and cultural destinations. 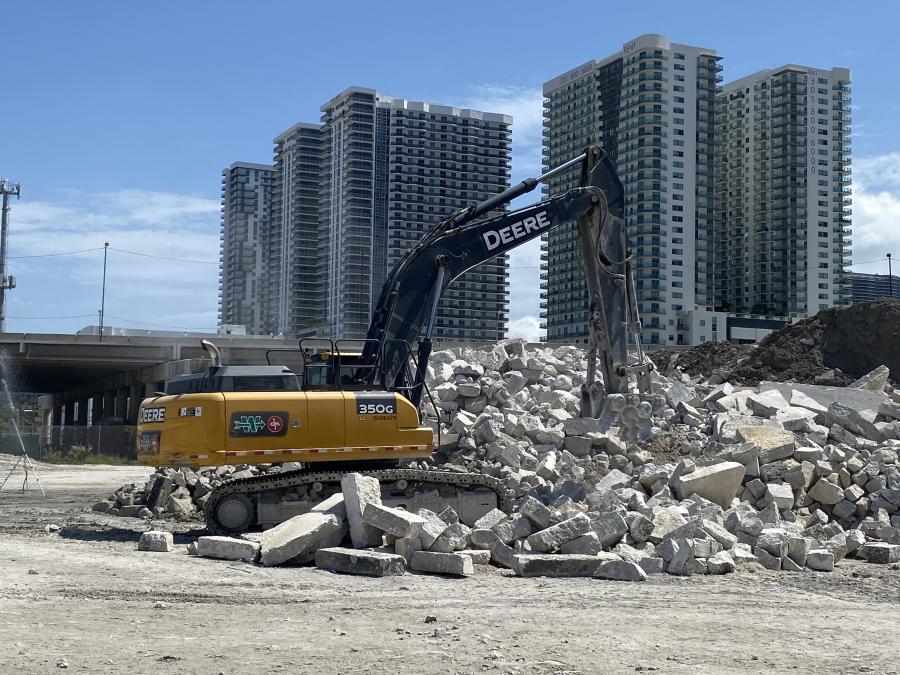 "Many of these destinations generate traffic 24-hours a day," said Gonzalez. "Maintaining traffic on these very heavily-traveled sections of roadway is a significant challenge during construction. To overcome this, the design team developed a highway alignment that would allow for construction in areas outside the existing roadway. In the development of the traffic control plan [TCP] phasing and detours, the design team modeled each detour and TCP phase in micro simulation software to evaluate operations and minimize potential delays."

There are six major milestones on the project. The first was completed in 2019, and involved a major traffic benefit, adding an auxiliary lane along I-95 northbound between SR 836 and NW 29th Street. The remaining milestones include widening the eastbound SR 836 to the northbound I-95 ramp, opening the westbound signature bridge to traffic, as well as opening the SR 836 double deck and the eastbound signature bridge to motorists and opening the community spaces below I-395.

Gonzalez noted that COVID-19 has presented challenges during construction, as many of the routine operating procedures had to be re-evaluated, with new processes put into place.

"This includes moving to virtual project and coordination meetings; ‘ticketless' electronic project data submittals; and maintaining worker separation. However, with lower traffic volumes resulting from the pandemic, the project team expanded lane closure hours, which has allowed work to be expedited while maintaining safety for the workers and drivers. This includes implementing lane closures during daytime hours which, under normal traffic conditions, would not be possible. 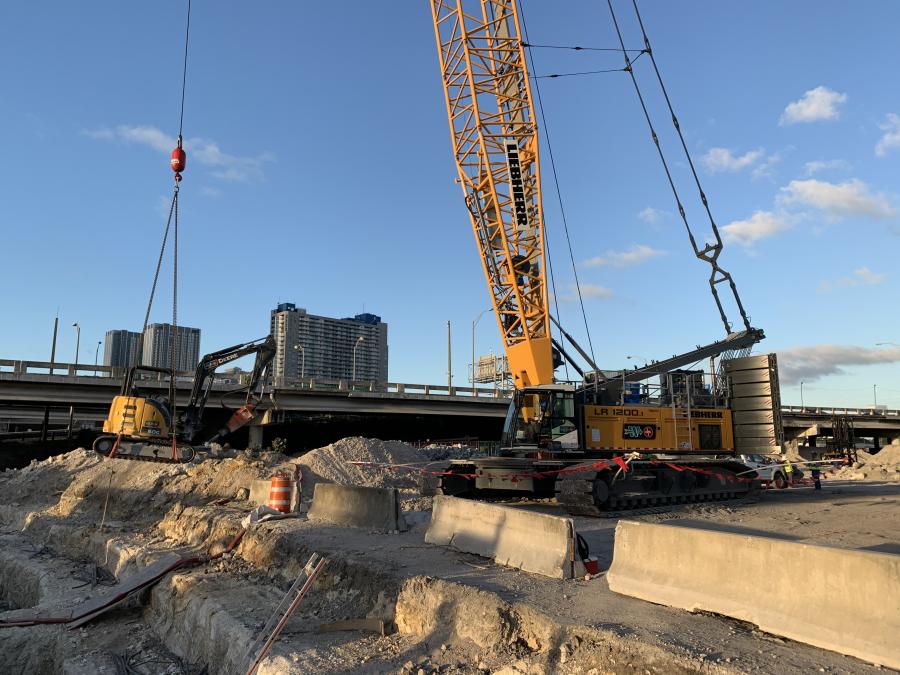 "The team was able to implement daytime closures on SR 836 and continuous [24/7] closures on I-95 to expedite the concrete replacement work that would normally occur during nighttime or weekends hours. The expanded work hours on I-95 will expedite the concrete replacement work by approximately four weeks, greatly reducing impacts to the traveling public. The traffic volumes are monitored daily by the project team, and closure hours are being adjusted as traffic volumes begin to increase."

"A total of approximately 360 ACP out of 1,377 have been installed to date on the I-395 corridor," said Gonzalez. "The foundation crews follow behind the ACP crews, which are then followed by the pier construction crews. The bridge segments for the local connector roads are being cast by the joint venture. Demolition of sections of existing I-395 are ongoing and, by project's end, I-395 will have been demolished and reconstructed."

On SR 836, the contractor is working on minor bridge widening and is in the process of demolishing the center deck section between the eastbound and westbound lanes to allow for the construction of the foundation and piers that will support the new double-decked section. ACP operations for the SR 836 foundations began in July 2020, with a total of approximately 571 ACPs required for the foundations.

The project, being constructed by the Archer Western — de Moya Group Joint Venture, is expected to be completed in the fall 2024. CEG