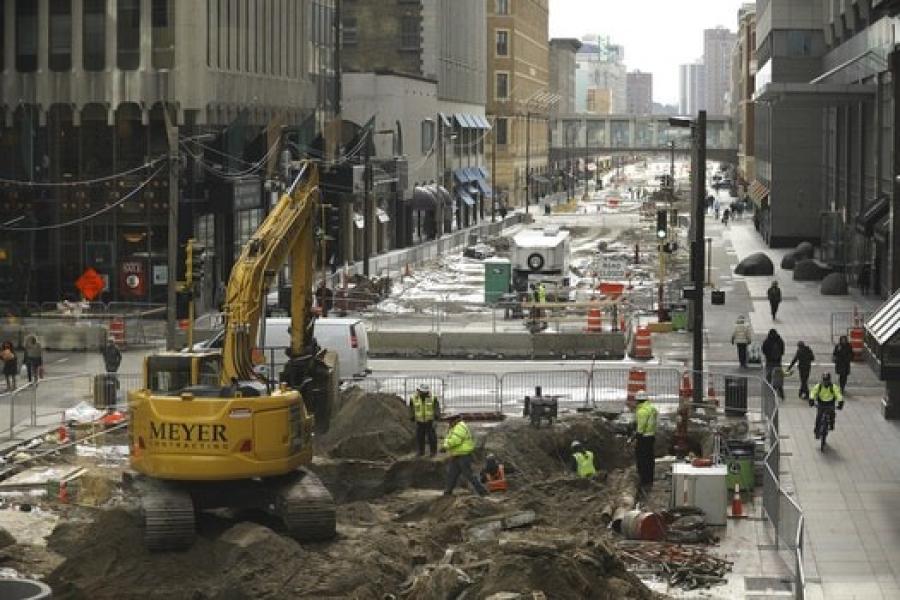 MINNEAPOLIS (AP) A downtown corridor in Minneapolis has reopened after more than two years of construction that cost $50 million.

Nicollet Mall reopened Nov. 16, the Star Tribune reported. The area had been closed to vehicles since July 15.

“Even though it looks relatively simple, it's an enormously complicated set of issues to coordinate and design and construct,” Corner said.

Business owners along Nicollet said they struggled during the project's construction but hope the reopening will spur business.

Patrick McCutchan said his family has been operating a hot dog cart on Nicollet since the 1980s.

“We were kicked off for the last two years,' he said. “All the food vendors were.'

With the mall's reopening, McCutchan was able to station himself near his old spot.

“It's looking great,' he said. “I like the updated look, the track lighting, the new art.'

The changes have already attracted millions of dollars in investment to downtown, city officials said.

Plans for the reconstruction began under former Mayor R.T. Rybak and continued under Mayor Betsy Hodges.

The mall first opened to the public 50 years ago.