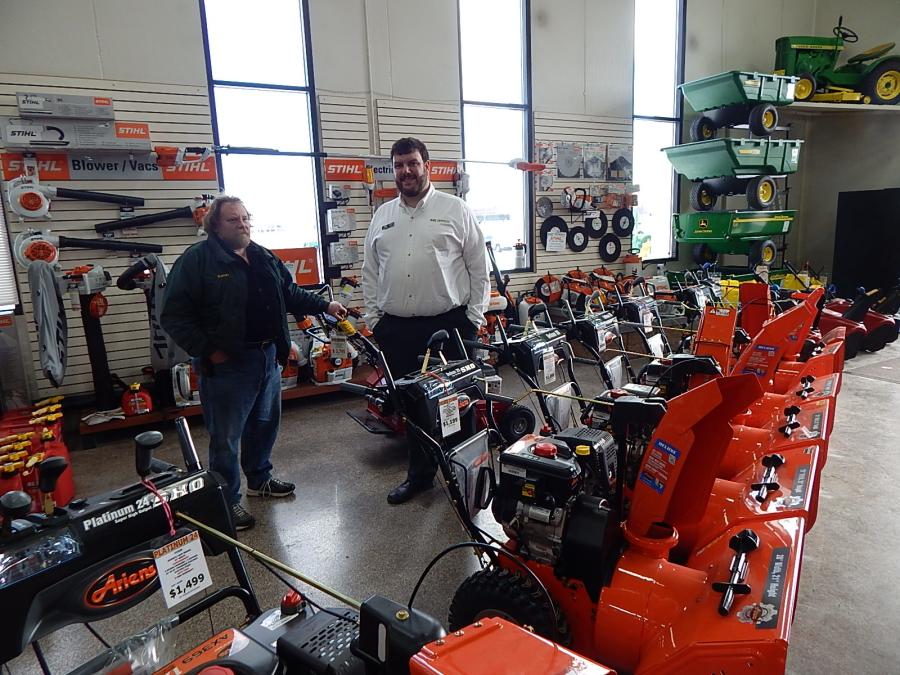 Minnesota Equipment Inc. held its 2016 Government and Commercial Day on Jan. 29. Representatives from the Minnesota state patrol addressed attendees about a number of topics, including continuing education, 2016 implements of husbandry laws, load securement and driving restrictions.

In the mid-2000s John Deere recognized that single store dealers were having a hard time providing a highly specialized, total solution for all customer segments in a given market and adjacent John Deere dealers needed to merge to share business functions and knowledge. As a result, in 2008, Scharber & Sons (in Rogers and Long Lake) merged with Isanti County Equipment (Isanti), Suburban Lawn Center (Ham Lake) and Weekend Freedom (Savage) under the umbrella name MN Equipment Solutions. However, each dealership continued to do business under their existing name due to strong name recognition.

The merger of the five dealers has been tremendously successful, allowing the company to better serve its customers by offering more selection, faster service and greater savings. Going forward, the company embraced the new, streamlined name, Minnesota Equipment.