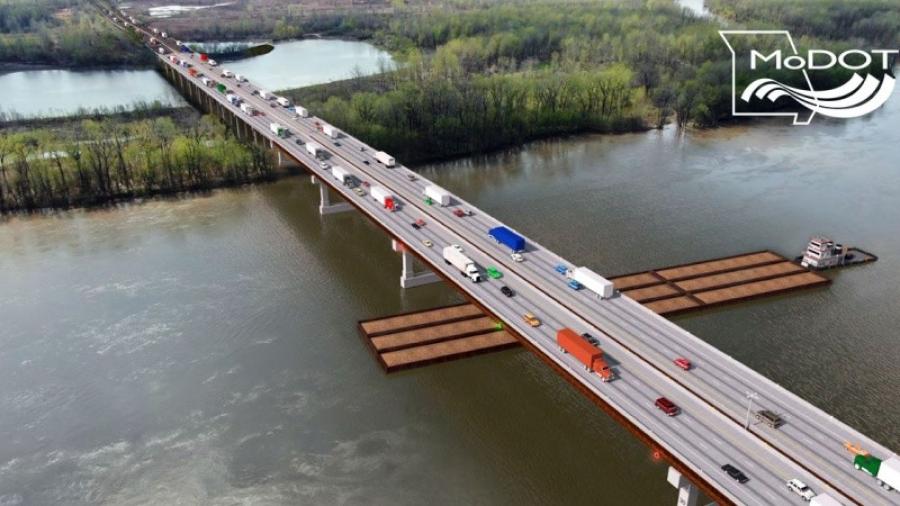 The Missouri Highways and Transportation Commission announced the selection of the Lunda Team as the design-build contractor to replace the Interstate 70 Missouri River Bridge near Rocheport.

The Missouri Highways and Transportation Commission on July 1 announced the selection of the Lunda Team, made up of Lunda Construction Co., Parsons Transportation Group Inc., Dan Brown & Associates and Hugh Zeng United, as the design-build contractor to replace the Interstate 70 Missouri River Bridge near Rocheport.

"This is an exciting moment for this project, and we are thrilled to be working with the Lunda Team," said Brandi Baldwin, Missouri Department of Transportation Rocheport Bridge project director. "The replacement of the bridge provides a long-lasting solution and the plan will have minimal impacts to traffic on I-70 during construction."

The current bridge was built in 1960 and is rated as being in poor condition, which could have resulted in weight restrictions in the coming years. MoDOT said the 60-year-old bridge is safe and will be maintained while construction of the new bridge is under way.

The new Missouri River bridge will cost approximately $240 million and will provide a safe and reliable bridge for interstate travelers for the next 100 years. It was funded in part by an $81.2 million INFRA Grant, the largest competitive grant ever received by MoDOT.

"This bridge lies at the heart of Missouri and not only connects the two sides of our state but the majority of our country," Gov. Mike Parson said. "With more than 12 million vehicles using the bridge each year and trucks carrying goods to all corners of the country, it is vital that we have world-class infrastructure in place that can meet the demand. This new bridge will keep people moving safely and drive economic activity in our state and local communities."

"This announcement is the culmination of a lot of hard work and dedication by a large group of people dedicated to Missouri's transportation system and infrastructure," said MoDOT Director Patrick McKenna. "It required local communities, state lawmakers and our congressional delegation all working towards that shared vision of a new bridge that made the funding come together."

The Lunda Team competed against three other design build teams, all of whom had local and national experience. The winning proposal showed not only an understanding of the engineering endeavor set out before the teams and a design that will serve travelers for the next century, it also showed an understanding of the local, statewide and national importance of the work.

The design includes two bridges, one in each direction of travel, each with three lanes. This allows for construction to take place with a limited impact to traffic.

The design-build team's proposal had to meet or exceed several goals set by MoDOT, which included providing a high-quality, durable, low-maintenance project that improves safety and reliability, minimizing traffic impacts during and after construction, and demonstrating a commitment to quality and innovation in all phases of the project.

Construction on the new bridge is scheduled to begin later this year and be complete by the end of 2024. 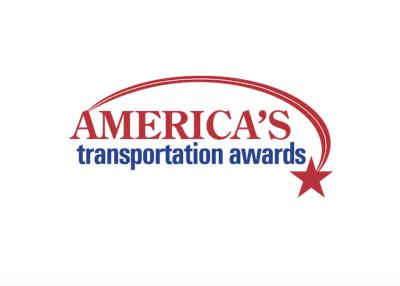