Once complete, the Monroe Expressway will be operated by the North Carolina Turnpike Authority. 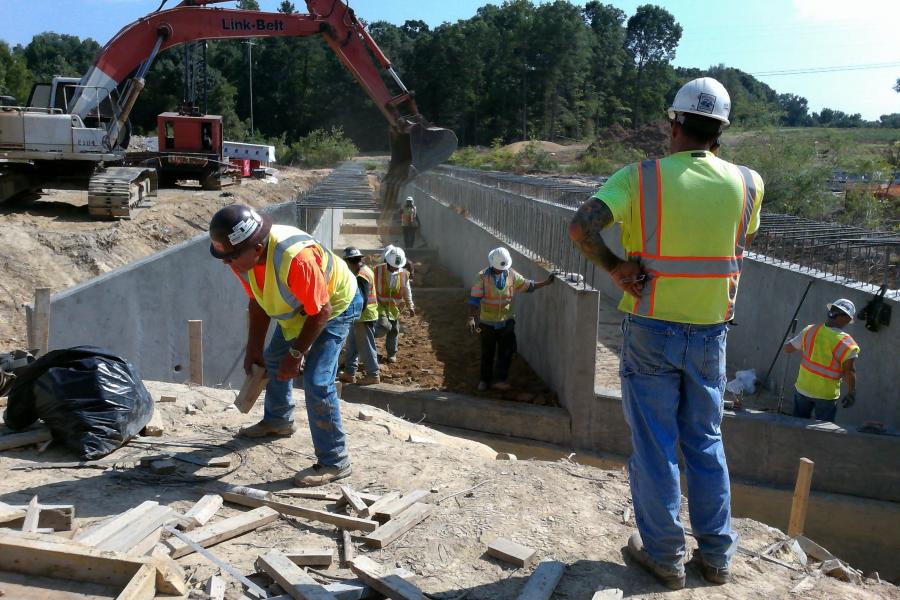 An expressway extending nearly 20 mi. (32 km) is one of the current projects being undertaken by the North Carolina Department of Transportation (NCDOT).

An expressway extending nearly 20 mi. (32 km) is one of the current projects being undertaken by the North Carolina Department of Transportation (NCDOT). The road extends from U.S. 74 near I-485 in Mecklenburg County to U.S. 74 between the towns of Wingate and Marshville in Union County.

Construction is currently on schedule. It started in May 2015, and the project is scheduled to open to traffic in late 2018.

The full dollar amount is $731 million, with the contract awarded to Monroe Bypass Constructors LLC.

When complete, the road will be North Carolina's second toll road, with the first being the Triangle Expressway in Raleigh. It will be the first operational toll road in the Charlotte area, and will eventually be part of a network of express lanes in the greater Charlotte area.

“NCDOT continues to work with local municipalities, elected officials and the public to help educate them on the scope of the project and how it will improve mobility through the region,” said Jordan-Ashley Baker, communications officer of NCDOT. “As with any new project, there are understandably logistical questions about project operations and execution that we are happy to help answer.”

According to NCDOT, equipment used on the job is reportedly mostly Caterpillar, and includes various dozers, scrapers, articulating trucks, quarry trucks, excavators, compactors, and motorgraders. There also are 75 to 150 ton (68 to 136 t) Link-Belt and American Cranes, and ICE and Delmag pile hammers.

In early June, the Fourth Circuit Court of Appeals ruled in favor of the NCDOT and against several environmental groups, which reaffirmed a district court's ruling that construction on the expressway could continue as planned. A three-judge panel upheld a Sept. 2015 decision that the environmental study is both valid and lawful.

“I want to thank the Fourth Circuit Court of Appeals for this decision today,” said Nick Tennyson, N.C. Transportation Secretary. “NCDOT is eager to move beyond litigation and moving forward, focus its efforts on delivering this much-needed project to the people of North Carolina.”