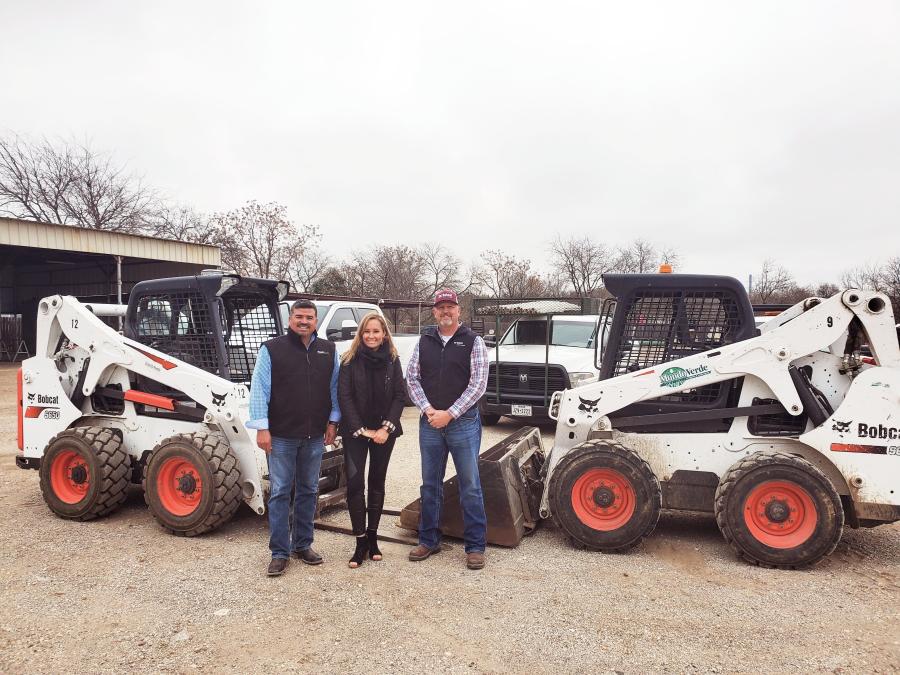 Susanna Guzman, co-owner of Mundo Verde Landscaping, is flanked by her husband and partner Carlos Palos (L) and Bobcat of San Antonio representative David Moravits. Moravits has been the couple’s link to the Bobcat brand for more than a decade.

It is better to give than to receive, it is often said.

But according to one San Antonio contractor, the service it receives from its equipment dealer has been just as important to its success as the service it gives its customers.

Mundo Verde Irrigation and Landscaping of San Antonio is a husband-and-wife owned business that has grown from a one-man operation in 2004 to a major player in commercial landscaping today in South Texas.

Its steady and uninterrupted growth is a result of its original vision of offering customers "unparalleled service" combined with "an extremely valuable partnership" with its equipment dealer, Bobcat of San Antonio, according to Susanna Guzman, who co-owns the company with husband Carlos Palos.

In 2004 Carlos began like many landscaping startups; he worked on his own by installing and servicing irrigation systems, spreading mulch and performing light landscaping. Susanna worked part time behind the scenes as she kept her job as a project manager for San Antonio's electric utility.

It bought the S250 skid steer loader from David Moravits at Bobcat of San Antonio. It also happened to be the young salesman's first sale, and the beginning of a decades-long relationship between Mundo Verde, the brand and Moravits.

That was 16 years ago. Today, the fleet is comprised almost entirely of Bobcat machines, with more than 40 pieces of equipment, which includes 10 skid steer loaders, six excavators, and a variety of attachments including buckets, pallet forks, augers, hammers, soil conditioners and brooms. 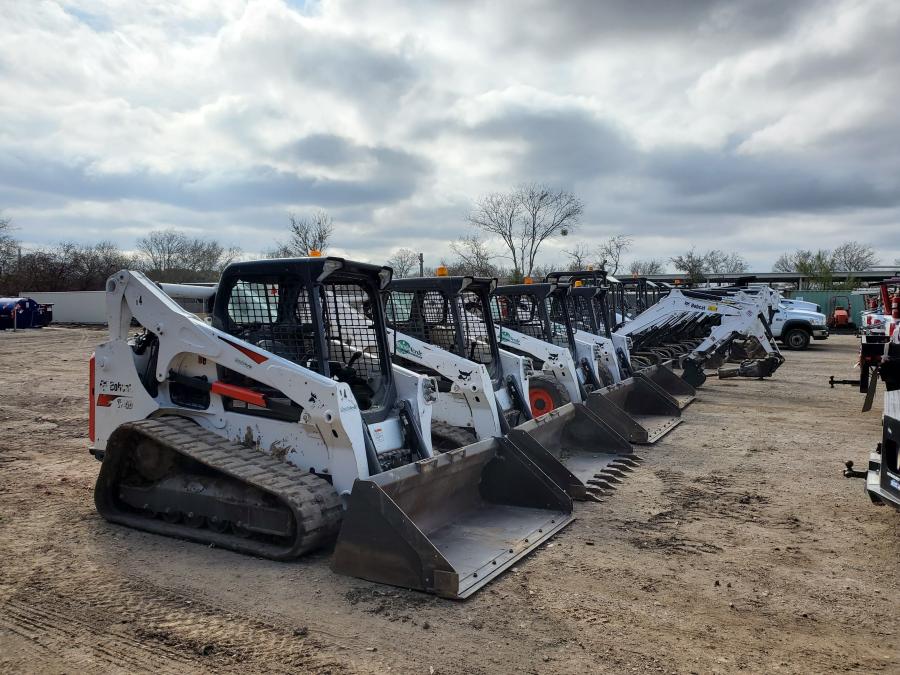 The ever-growing fleet supports the efforts of 45 full-time employees; and can grow to as many as 60 when demand is high. The size of their fleet is seen as a competitive advantage by Carlos and Susanna.

"Having the number of machines we do in the fleet can often facilitate meeting a customer deadline that our competition could not handle," said Palos. "We get jobs we could not have bid on previously."

Mundo Verde has done an excellent job of retaining its customers, as it reports that well over half of its annual business comes from existing clientele.

"Commitment to our original mission of providing unparalleled customer service has allowed us to reach all of our growth goals, but at a manageable pace," Susanna said.

The company's commitment to providing quality, on-time service has spurred its growth to a major provider of landscaping services to large commercial properties, builders, neighborhoods and municipalities. A large part of its business comes from the city of San Antonio, school districts and private developments.

Among the company's completed projects is the recognized 25-acre ultra-accessible theme park, Morgan's Wonderland, and the Hidden Trails community where Mundo Verde has completed over 5 mi. of landscaping and irrigation along the boulevard, neutral areas, amenity center and pools.

Mundo Verde's work is on display everywhere you look in San Antonio and the surrounding area.

Remembering the "nervous trepidation" that accompanied the first equipment purchase, Susanna remembers the help from Bobcat of San Antonio and Moravits as making all the difference.

"It was David then. It is David now," she said. 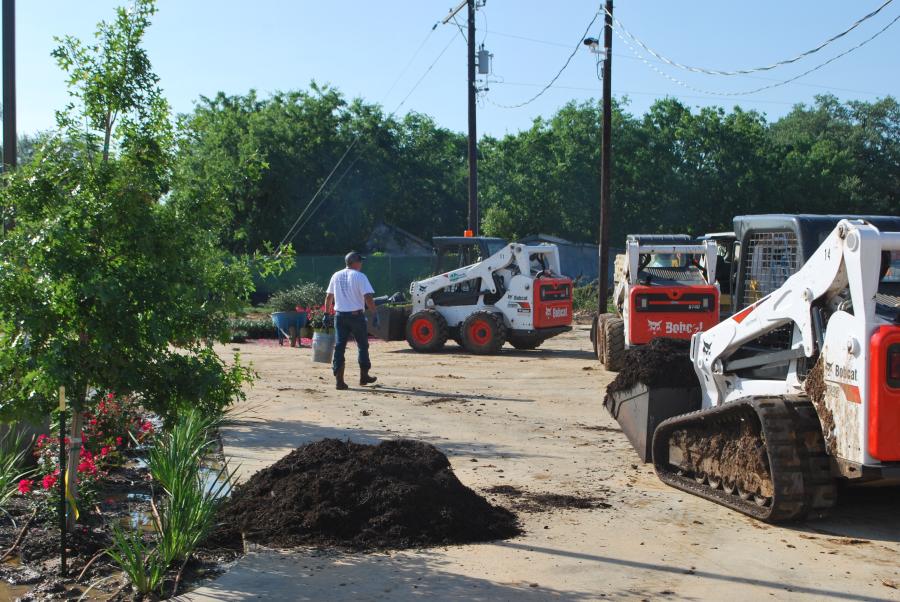 "All along the way, though, David has helped us find solutions utilizing Bobcat machines and attachments," Carlos said.

"I like Bobcat," Carlos added. "I've tried most of the others, but I honestly prefer the operation of a Bobcat machine."

As an example, the couple cites the way Bobcat equipment has helped with its ongoing struggles to attract and maintain good help.

"Bobcat attachments have allowed us to work with fewer employees than we needed before we expanded the fleet," Carlos said. "David [Moravits] showed us how using a pallet fork attachment for unloading trees could turn a three-man job into a single-man job and machine operation. The soil conditioner attachment that he demonstrated to us does the work four or five men did previously."

The couple has a 10-year-old son and 5-year-old daughter who are learning the family business at a very young age. Their son can already operate every piece of equipment, while their daughter is still learning the ropes. Both hope to be 2nd-generation Bobcat customers. 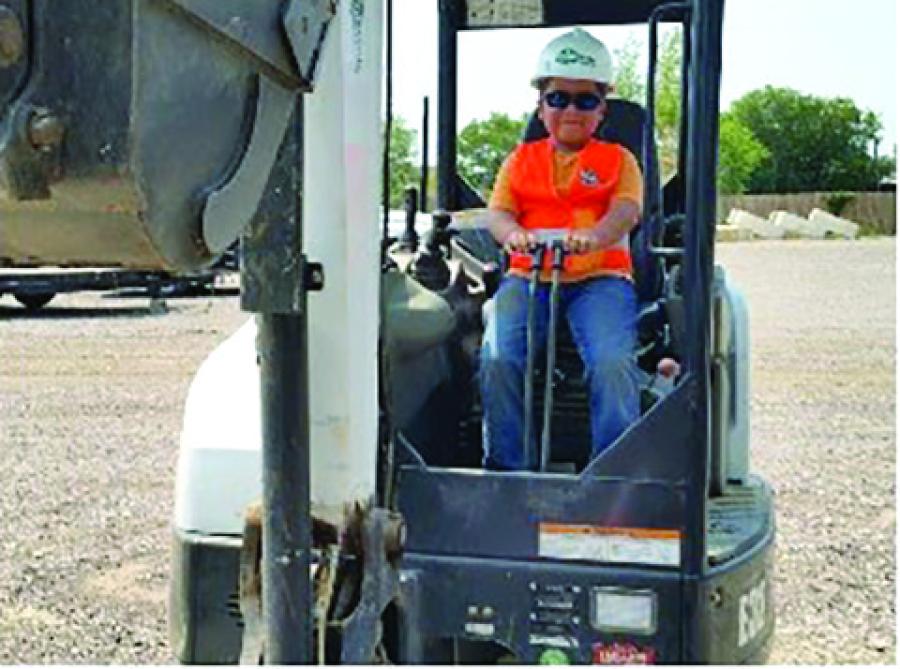 Along with learning the business, the family is instilling the right values for their children. With the help of its employees, Mundo Verde helped support a local community after a tragedy. The company donated its time and effort to the First Baptist Church in Sutherland Springs, which suffered a mass shooting in 2017 that saw 26 people lose their life and another 20 wounded. Mundo Verde was able help get a new church constructed next to the former church.

"We donated all landscaping and irrigation services, in partnership with our suppliers, for the new church building," said Guzman. "We had 40 employees donate their time."

In 2016, there was a change in ownership of Bobcat of San Antonio when Compact Construction Equipment LLC purchased the dealership.

"Since CCE took over the dealership, we've seen an increase in overall support," Guzman said. "They now offer geo-fencing, telematics, and a new maintenance portal, and all three are great. I can go into the portal and look at each piece of equipment and see a snapshot of its maintenance requirements at any given time. The portal has been beneficial to us in determining when to replace a machine. It is a real value to our business. Simple things like low-fluid alarms and maintenance alerts make life so much easier.

"I can send an email this morning regarding a service issue in the field, and within an hour a tech is on the way," she added.

Getting that kind of assistance from Bobcat helps make Mundo Verde's mission of providing its customers with unparalleled service a reality. CEG