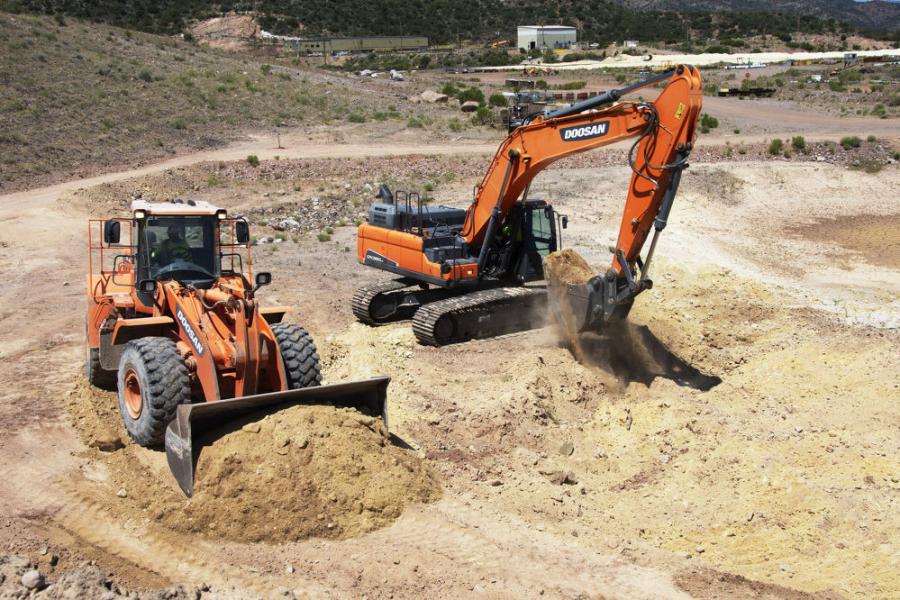 Mining is a significant part of Arizona's economy. When it comes to construction projects supporting mine operations throughout the state, Native Environmental is considered the go-to contractor.

Native Environmental is a woman-owned company led by Kim Riggs and has approximately 50 employees. The company is based in Phoenix with a second location in Globe, Ariz. The company completes approximately 300 projects each year ranging from small commercial to million-dollar industrial projects. In addition to mine-related construction support the company offers a myriad of services including asbestos, lead and mold remediation; industrial cleaning services; 24-hour emergency response; soil remediation; site demolition and dismantling; polychlorinated biphenyls ballast and capacitor removal and disposal; and mercury bulb removal. 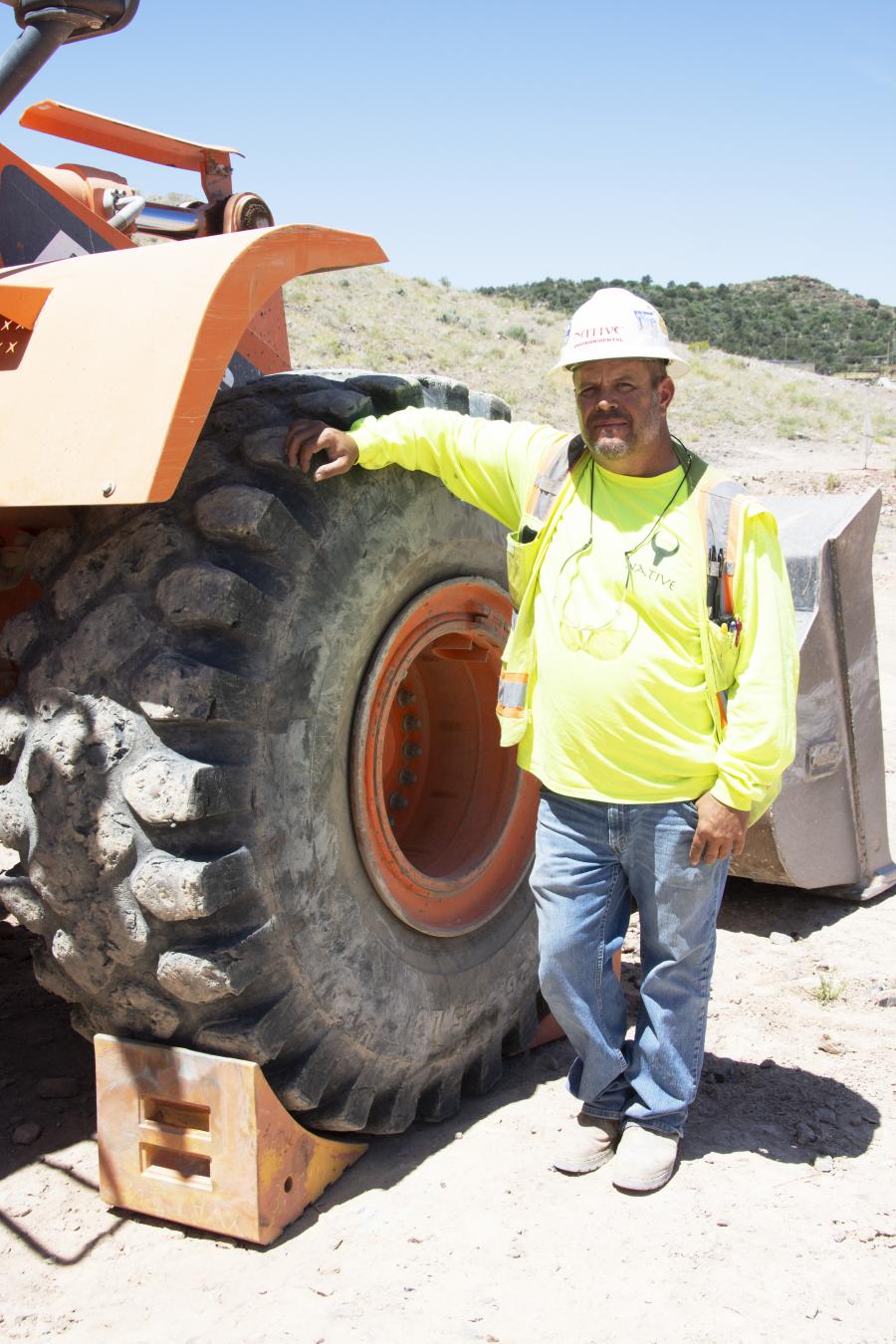 "When a mine has a project that is required to expand or maintain their facility, they look to contractors to come in and devote their resources to these special projects," Cecil said. "That's the kind of niche that we're in. We'll come in, and we'll build something to assist them in their extraction process. We are unique because we already meet the requirements to work on mine sites.

"Performing construction work on or near mine sites requires additional safety training. Native Environmental employees who operate heavy equipment are required to be Mine Safety and Health Administration certified. Every site we go to, we go through a site-specific training," Cecil said. "Training is required for every piece of equipment that we get on. There are a lot of safety compliance items that you must be able to secure and comply with in order to do the work — it is specialized in that sense."

Of course, being ready for specialized work requires having the right equipment. Native Environmental relies on Ditch Witch of Arizona's Phoenix location.

"It's been a long relationship with Ditch Witch of Arizona," Cecil said. "We've been working with the dealer since the inception of Native Environmental in 2000. The dealer covers all our needs from the smallest excavator to a large one."

For example, when Native Environmental needed to demolish a building for a copper mine, Cecil rented a Doosan DX140LCR-5 from the dealership. He also used it for a large asbestos pipe removal project. Unlike larger crawler excavators, the DX140LCR-5 had a dozer blade on it. Cecil said the dozer blade added stability and assisted in the machine's breakout force.

"In trench backfilling, you're able to basically go through and backfill and final grade the entire site with one piece of equipment," he said "It's as smooth as you can get; it's very handy."

In June 2019, Native Environmental operated a Doosan DX350LC-5 excavator and a Doosan DL420-3 wheel loader in combination at a mine site near Miami, Ariz. The equipment aided in the construction of a tailing processing facility for a copper mine.

"The project duration was three months," Cecil said. "We built a 16-ft. tall by 100-ft. wide pad to place a cyclone skid on, and we used the equipment to excavate and place the material for pad construction. We also have excavated several trenches to place high-density polyethylene pipe in that feeds the skid."

According to Cecil, the cyclone takes a tailing slurry — a mixture of tailing sand and water — and through water pressure and a spinning process, separates the liquids from the solids.

"The solids are shot out one end of the nozzle onto a pad for accumulation, and the liquids are piped into a distribution box for reuse," Cecil explained. "There are approximately six of these cyclone nozzles mounted on a skid atop a concrete pad." 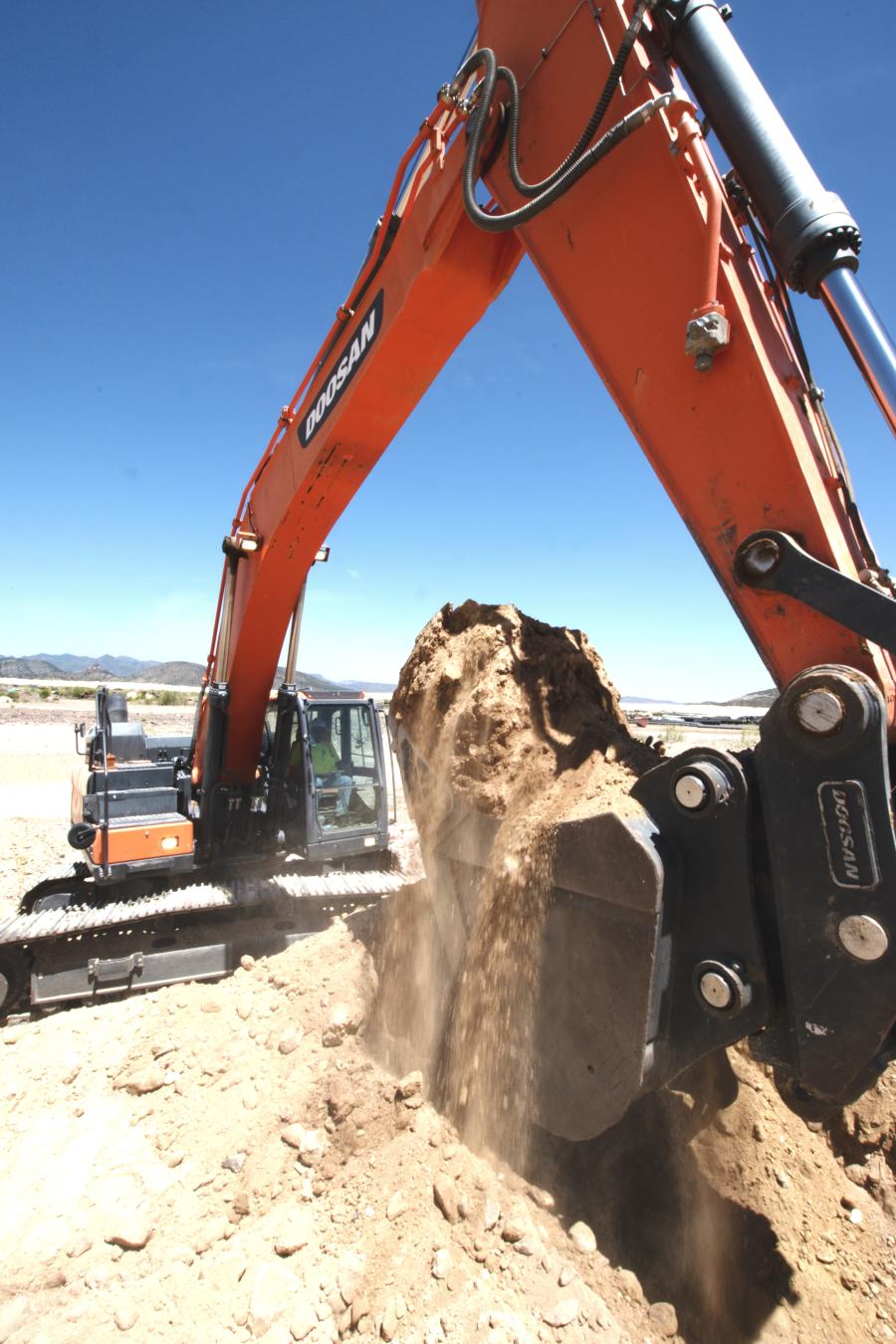 "At the mine sites, everything is required to have a 6-ft. berm adjacent to the haul road," Cecil said. "We use the heavy equipment to build those berms quite often."

The crawler excavators come equipped with a hydraulic quick coupler to easily transition between trenching buckets, 36 to 54 in., or a hydraulic breaker. With Arizona's tough soil conditions, buckets are paired with teeth to excavate the dirt. In hard rock areas, operators transition to the breaker to help crack the soil.

On a project in 2018, through the extraction process, a mine had a lot of overflow water that was recirculated and reused. Eventually, sediment accumulated in the settling ponds, and the mine hired Native Environmental to clean out the sediment deposits and haul them to a waste disposal field.

Another example of the company's mine support services includes increasing the size of cofferdams. Native Environmental used Doosan crawler excavators to load material into articulated dump trucks to increase the cofferdam size.

A rearview camera mounted to the crawler excavator is advantageous for operators working on mine sites.

"The way that you're operating, you're in tight quarters," Cecil said "You can see where your tail swing's coming, and it helps minimize damage to the equipment because you can see how clear you are for your tail swing. And it goes without saying how much more it increases the safety when backing up."

The company's mining work balances its industrial and abatement workload.

"One side will be up, and one side will be down," Cecil explained. "Right now, the copper mines are good, and they're doing a lot of expansions. We've got a lot of work there. But when that turns down, we can maintain our company's size by going into the industrial and abatement side of things."