N.C. Goes to Court to Get Property for Coastal Bridge 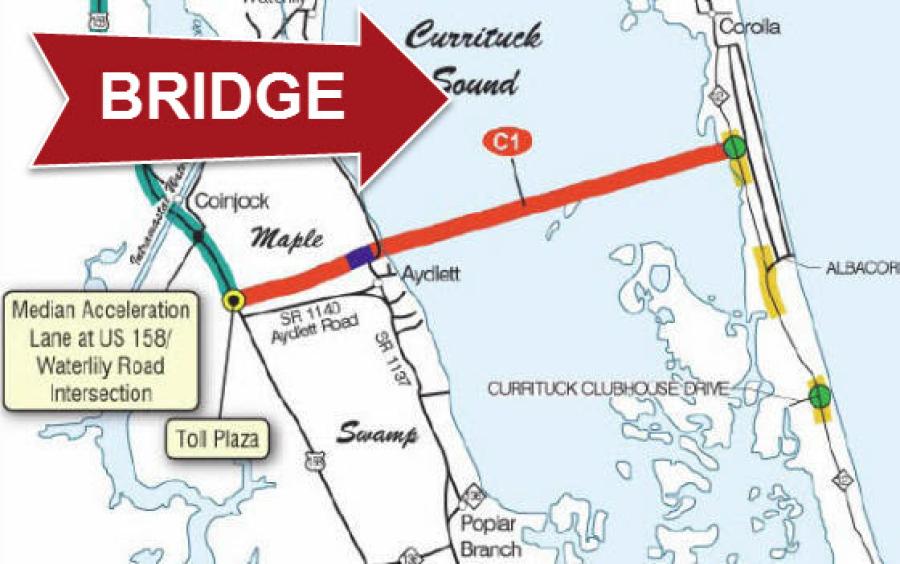 North Carolina wants to build the Mid-Currituck Bridge to make it easier to get to the northern Outer Banks. (surfsideouterbanks.com photo)

COROLLA, N.C. (AP) North Carolina has gone to court to condemn property it wants to use for a bridge that would make it easier to get to the northern Outer Banks.

The Daily Advance of Elizabeth City reported the state Transportation Department wants the property located off N.C. Highway 12 for the Mid-Currituck Bridge. Drivers would pay a toll to cross the bridge, which would connect the Currituck mainland with the county's Outer Banks.

DOT filed a condemnation complaint in June, citing a public need for the property on the Corolla side of the proposed bridge.

Prem Gupta is the agent of CS Land Holding and the chief financial officer of SAGA Construction, which he says own the property. He declined to say how much DOT offered but says the two companies disagree with it.