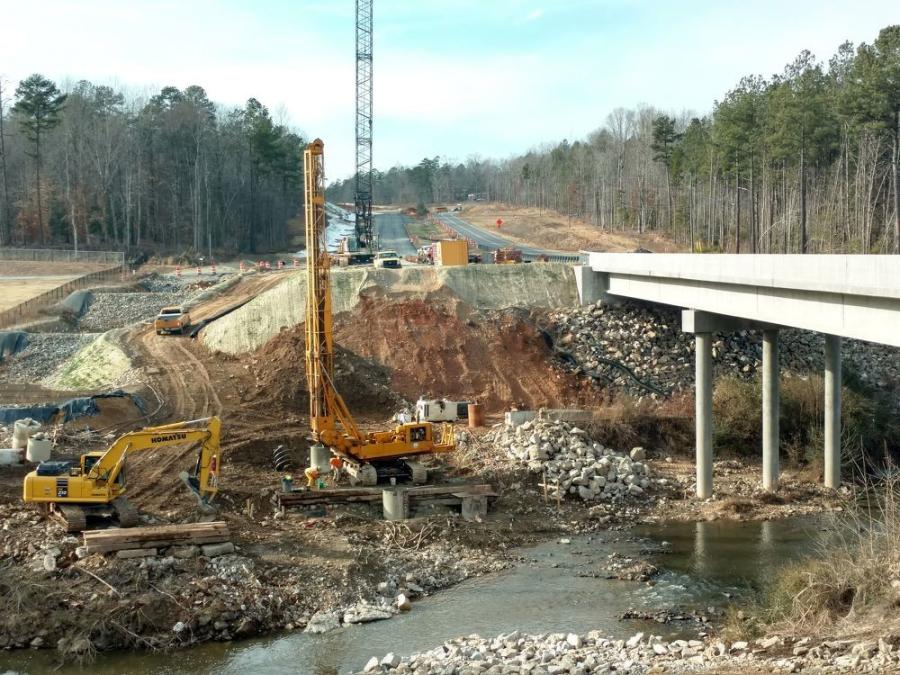 Planning, scheduling and funding its transportation infrastructure is an intricate process for any state, but the North Carolina DOT seems to have initiated a prioritization program to do so that is both efficient and transparent.

The state's Strategic Transportation Investments (STI) law, passed by the legislature in 2013 and spearheaded by former Gov. Pat McCrory, was designed to improve the state's transportation system, while also kickstarting the economy and creating jobs.

The law spurred the creation of a program that encourages input from DOT engineers, regional planners, civic leaders and the general public. In it, a data-driven scoring system is applied to come up with a 10-year plan that strategically prioritizes the state's transportation projects based on Statewide needs, Regional needs and Divisional (or local) needs.

It also activated the Strategic Mobility Formula, which allocates monies for the large number of DOT projects identified using the data scoring.

Those funds are then passed through the 10-year State Transportation Improvement Program (STIP). Currently, the 2018-2027 STIP has an impressive list of about 1,300 projects funded across every one of the state's 100 counties. All types of transportation needs are included: roads, highways, bridges, railroad lines, aviation, ferries, public transit and bicycle/pedestrian.

NCDOT operates with 14 divisions across the state, each one with generally five to seven counties. Each division is paired with another to create the DOT's seven regions.

And it is via that hierarchy that the STIP is constantly updated every two years by an army of state and local engineers and planners.

On April 3, the initial 2020-2029 STIP data scores, known as Prioritization 5.0, were released and included more than 2,100 projects. The work-in-progress is being revised and tweaked before more data will be released by regional planners in August about which of their projects made the funding cut.

“So, after we spend this year prioritizing everything and where we are going to spend our money at the Statewide, Regional and Divisional levels, we will fold all that data into the next 2029 STIP and a draft version will be released in January,” said Bruce Siceloff, Communications Officer for the NCDOT. “The final version will be approved in the summer of 2019.”

He explained that after the release of new STIP data, projects scheduled to begin with right-of-way acquisition or construction within the first five of those 10 years, are considered to be a commitment from the DOT.

“In other words, we are confident of the funding and that the STIP is developed enough that it is a safe commitment that these projects will be built on this schedule in these first five years,” he continued. “The second five years is more of a developmental schedule and these projects are subject to reevaluation and rescheduling.”

Projects From the Mountains to the Sea

A number of high-profile NCDOT projects were given the green light by the 2018-2027 STIP, from all corners of the state.

Siceloff said the STIP's Prioritization approach was set up to make the process “an objective, quantifiable, quantitative process that is transparent.”

The hope is political influence and back-room dealings on DOT projects have been minimized with the STI law, he added.

“People will know that a particular project was highly rated because of its designed ability to reduce traffic congestion, or that another was highly-rated because it improved safety and maybe another one was low-rated because even though it had some benefits, it was too expensive,” Siceloff continued. “[Project scores] rise and fall because of factors like those.”

As part of that transparency, the NCDOT website has color-coded maps of the state with projects dotted everywhere from the mountains to the sea. By clicking on each dot and following the legend on the left side, North Carolina residents and taxpayers can get information on what is planned and a basic timeline for the work.

The interactive map can be accessed at www.ncdot.gov/strategictransportationinvestments/2020-2029.html.

Only 67 of the 2,100 projects in the 2020-2029 STIP are available for actual funding at the Statewide level, as the STI law limits what can be considered for those monies.

Siceloff said eligible projects include those for highways, freight railroad and some small airports (with a $500,000 cap).

“After scoring all 2,100 projects in the 2029 STIP, the engineers and planners then may say 'Here are the top projects in the Statewide category and when we consider how much they would cost, we figure that we can promise to build the top 67 projects,'” he explained. “They might like other projects, but by prioritizing, they determine which ones they have the money to build.”

The evaluation of regional projects is now under way, according to Siceloff, a process that will continue into June by the NCDOT Division Engineers, as well as the local metropolitan and county planners.

Seventy percent of a regional project's score is determined quantitatively, with the remaining 30 percent coming from the opinions of the local planning organization and the local NCDOT Division Engineer, Siceloff added.

Unlike the limited types of projects that can receive statewide funding, STI allows for a more varied list of Regional transportation-related construction projects that are eligible for consideration.

At the end of August, NCDOT will then announce which of those projects made the cut for funding through the 2020-2029 STIP.

Finally, at the divisional level, which are generally the smallest projects, the decision on which of those jobs will be funded and built will come in this fall.

Siceloff said that 50 percent of the divisional scores consists of quantitative, objective data and 50 percent is made up of the more subjective data gathered from local input.

“When you back up and consider all the money the state will have to spend for all these projects over the next 10 years, it is doing so after making its best projections now based on what gas-tax revenues the state can expect and what funding it can get from Washington,” he explained. “Of that total money available for everything, 40 cents on the dollar goes for statewide projects, and 60 cents is divided equally between regional and divisional projects. There are three rounds of evaluation and three rounds of decisions about how to divide the money, but it all starts with a transparent objective and an agreed upon criteria.

“Now, something could happen to kill any one of these projects, but the STIP method overall is the plan right now – and, I think, has proven to be a pretty solid one at that.”