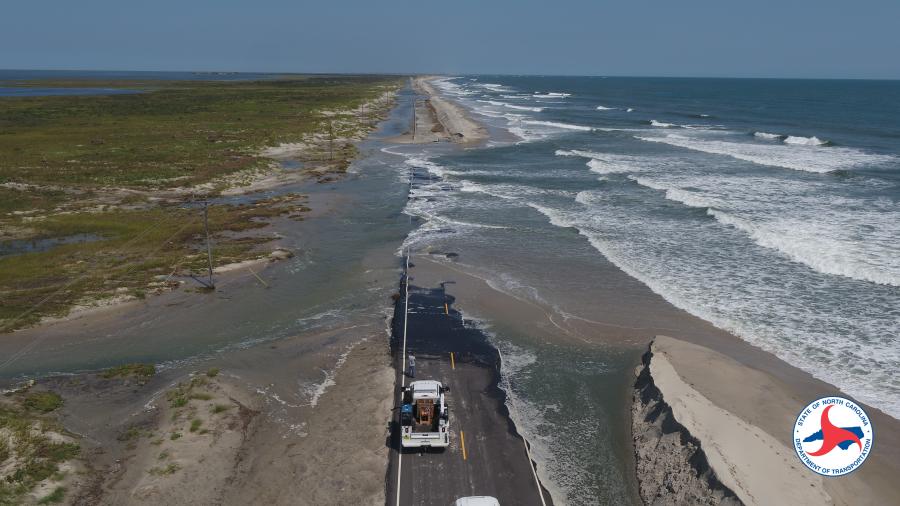 When Hurricane Dorian struck North Carolina's Cape Hatteras region (Dare and Hyde counties) on the evening of Sept. 6 as a Category 1 storm, it caused considerable damage to coastal towns, homes and businesses, along with vital highway and road infrastructure. The storm remained in the area until the next morning before transitioning into an extratropical cyclone and heading out to sea toward Nova Scotia and Newfoundland.

The North Carolina Department of Transportation's (NCDOT) initial estimate of the damage range between $40-50 million. As more debris is cleared over the coming weeks, NCDOT inspectors will soon have a better idea of how much money will be needed to fund the repairs. 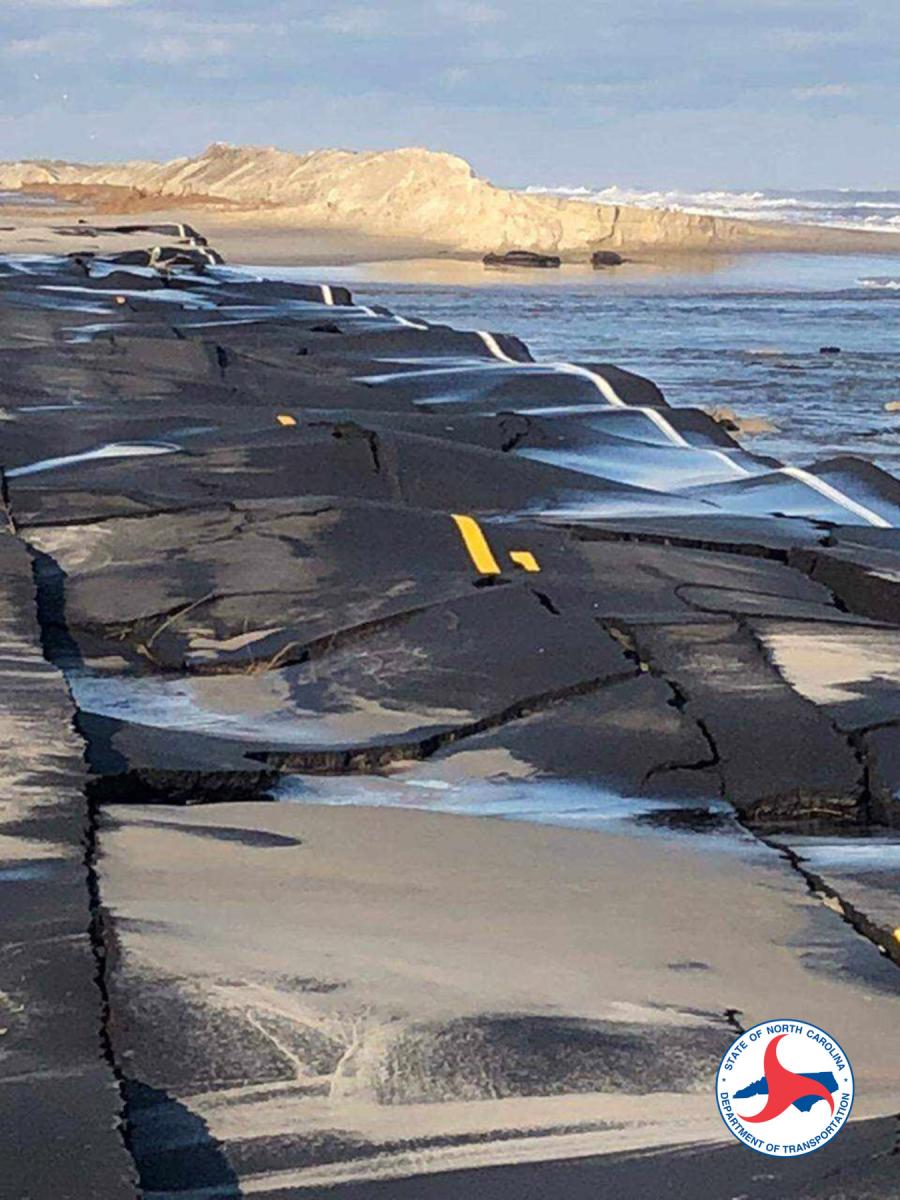 For primary roads, such as the coastal route NC 12 — which had more than 1,000 ft. severely punished by the storm surge on Ocracoke Island — the damage range is expected between $25-30 million. NCDOT has already begun seeking funds from the Federal Highway Administration for initial repair work. The department estimates the damage to secondary roads (country roads) and related infrastructure to be within the $16-20 million range, and reimbursement for these repairs will be sought from the Federal Emergency Management Administration.

According to NCDOT Communications Officer Bruce Siceloff, the badly damaged section of NC 12 will cost between $4-5 million to repair and take about eight to 10 weeks to complete, with a plan to have it reopened to traffic before Thanksgiving.

"The island most severely damaged is Ocracoke," Siceloff told CEG, noting that it is the only island accessible by ferry in the state's Outer Banks region. The slim, 8.6-square mile island is nearly 10 miles in length and located in Hyde County. A ferry at the north end connects it to the more well-known Hatteras Island. The northern part of Ocracoke Island consists of a wilderness area maintained by the National Park Service (NPS). At the southern end is the Village of Ocracoke, where the second ferry operates.

The damaged stretch of NC 12, two miles south the northern ferry terminal, is now impassable due to Dorian's destruction.

"More than 1,000 ft. of major dunes that lie between the highway and the beach and ocean have been wiped away," Siceloff said. "The dunes will need to be replaced or rebuilt. Since the road is on NPS property, we presented a plan on Sept. 10 to them for their approval. Once they agree on the repair, we will get to work on it."

But as horrible as the damage has been in North Carolina, it could have been far worse.

"Hurricane Florence — a year ago this September — caused terrible damage to our roads," Siceloff recalled. "At the height of the storm, there were 2,500 roads closed and the DOT spent about $177 million in the disaster response." Luckily, most of that storm's rehabilitation work had been already completed so Dorian had little impact on those repairs, according to NCDOT. 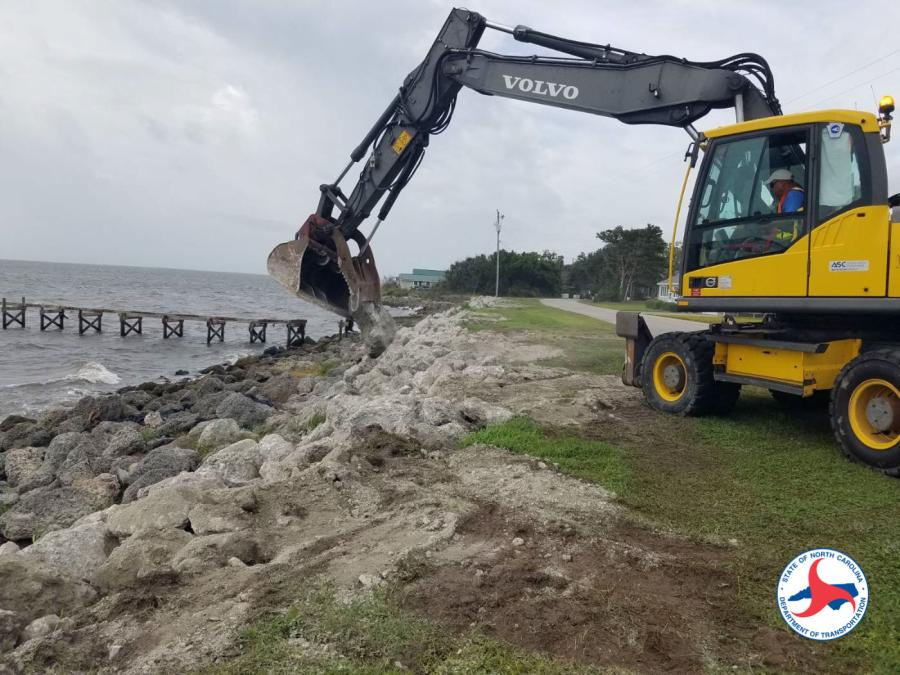 "With Dorian, we were preparing for the possibility that it would be terrible — we saw the terrible damage it was doing in the Bahamas, and we prepared for it substantially," Siceloff said. "At the height of the storm, perhaps 100 roads were closed because of water or sand covering them, as well as trees and utility poles knocked onto the roads. As of Sept. 10, we have 18 roads closed."

Dorian's approach guided NCDOT's preparations, which included dispatching 1,300 personnel, 1,500 trucks and 1,300 chainsaws at locations near the coast before the storm hit. "This was partly guided by the memory of Florence," Siceloff explained. "We knew how to prepare for it and we're working now with a primary emphasis on getting the busiest roads cleared first and the challenge of fixing NC 12."

NC 12, the Outer Banks Highway, runs almost the entire length of the barrier islands, with very little situated on the mainland. The road is perennially and historically among the state's most vulnerable to storm damage. "The damage to NC 12 on Ocracoke is a startling image and similar damage has occurred farther north by previous storms," Siceloff said.

Crews have nearly completed the job of clearing the roads of sand and debris, and most of the water has thankfully receded. 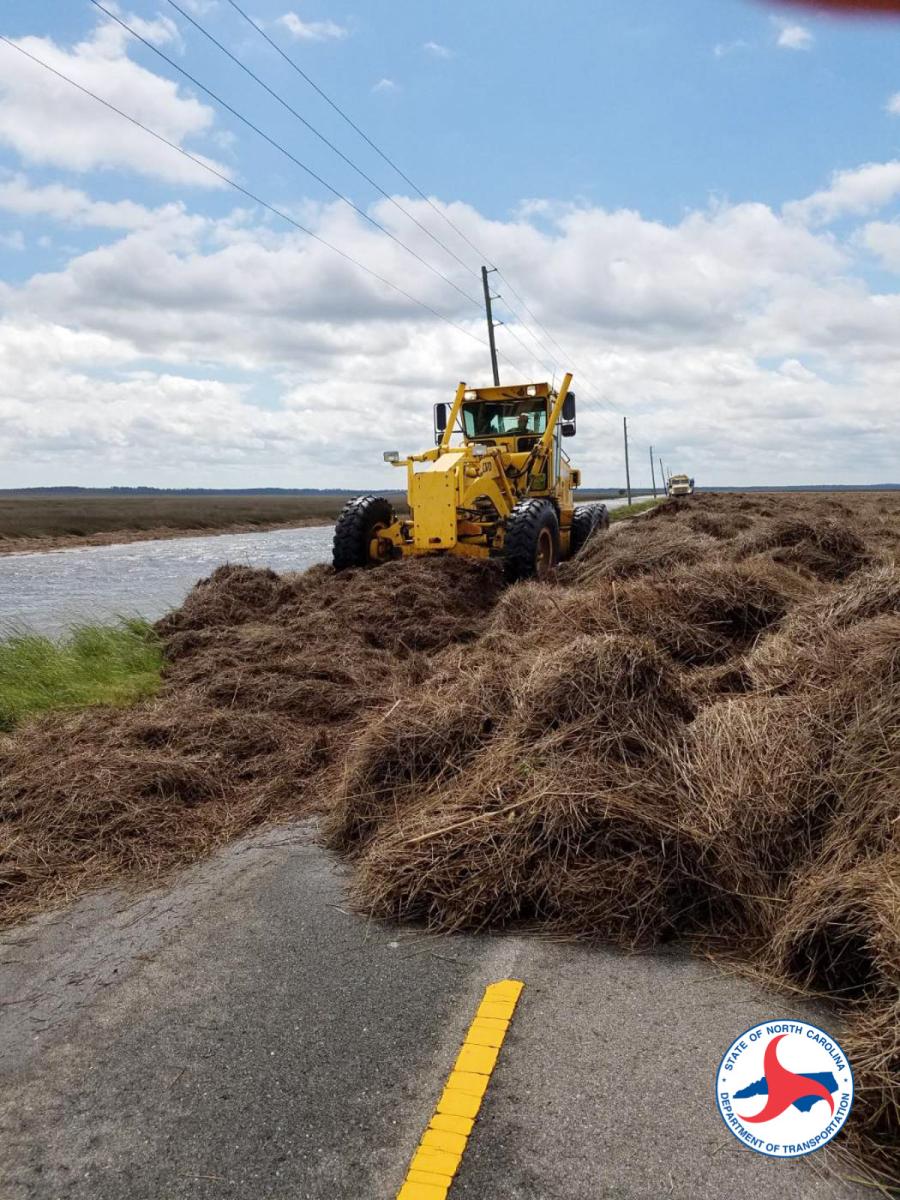 "The other source of damage that we have are things like road shoulders that were blown or washed out and drainage pipes that were blown out and caused breaches in the roads," Siceloff explained, adding that many signs and signal infrastructure were wiped out and will need replacing.

Some roads were closed to permit crews in order to complete the clearing operations. Trees blocking the roads were quickly cut up and the wood has been placed along the sides to be picked up later. The goal is to completed most of the road repairs by the end of 2019 and the remainder by the end of February 2020. Repairing NC 12 on Ocracoke will be a major challenge as the debris can only be removed by ferry.

"Right now, the residents are working hard to repair the considerable damage to their homes and businesses, and they are depending on the limitations of the ferry connections to deliver supplies," Siceloff said. "This is the worst damage that many people can remember in their lifetimes, and the waves cut right across parts of the island. They will have quite a lot of work to do to rebuild and restore their tourism business. Tourism is the biggest part of the economy and as the tourism season is winding down, whatever might have remained is quite possibly gone for the year."

Hatteras Island is connected to the mainland by a land bridge, but the impassible road prevents supplies from being delivered via the ferry terminal at the northern tip of Ocracoke. The Silver Lake terminal, which links the island to the mainland across Pamlico Sound, sustained damage. As the scope of the devastation is assessed and determined, efforts to maximize ferry services to remove debris and deliver construction supplies for repairs to the town and roadway will be coordinated.

A few sections of NC 12 on Hatteras Island are being elevated, and a bridge connects the northern end of the island to Pea Island, which is home to the Pea Island National Wildlife Refuge. The bridge was replaced and re-opened at the beginning of 2019. NCDOT is unaware of any plans to elevate sections of NC 12 on Ocracoke at this time. 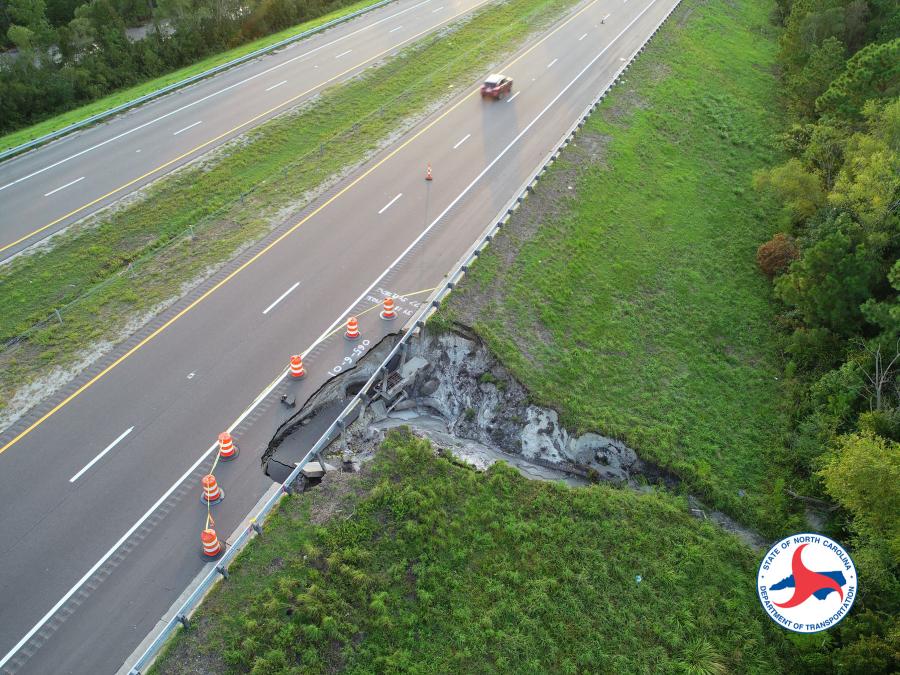 But farther north on the Outer Banks, crews have been working to elevate parts of NC 12 in the spots that are most vulnerable to storm damage as well as the sites of frequent breaches on Hatteras in the past or spots considered by geologists to be most likely severed by storms in the future, according to Siceloff.

"A few miles of NC 12 is being elevated right now through parts of the Pea Island refuge and in the Village of Rodanthe on Hatteras, which is the northernmost of the villages on the island," he said.

The barrier islands, due to the geological nature of the area (shifting sands), have roads and bridges placed on the most stable sections. To build the road on Pea Island, NCDOT had to secure an easement from the NPS. Part of NC 12 on Hatteras and Pea islands curves off the west into Pamlico Sound and travels over water before rejoining the land at Rodanthe.

Huricane season usually ends around mid-November. Siceloff said state departments are trying to be as prepared as possible for any other storms that may impact North Carolina this fall. CEG