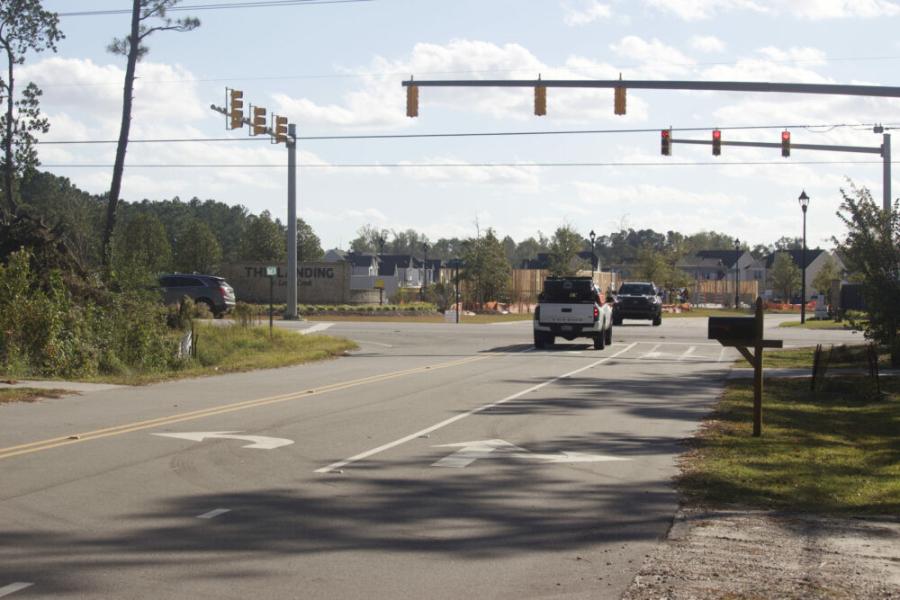 The construction of a bike lane in Carolina Beach, an extension of Wilmington's Independence Boulevard, a new taxiway at the city's international airport, the widening of Gordon Road — these projects are just a few of the 116 building efforts, with an estimated value of $1.5 billion, slated for the southeastern coastal area over the next decade, according to the North Carolina Department of Transportation (NCDOT).

The projects are part of the 2024-2033 proposal of NCDOT's Strategic Transportation Improvement Plan (STIP), which lays out funding sources and schedules to move forward submitted plans.

The Port City News in Wilmington said it still unclear whether these projects will be seen through to completion, based on if their funding can be secured.

The STIP, typically comprising a $22 billion budget, was developed under "unique circumstances" for the next 10-year cycle, according to NCDOT. Due to increasing material and labor costs, local and regional transportation planning agencies recommended forgoing their usual two-year prioritization process.

When NCDOT reexamined all submitted projects, the agency found that STIP was over-programmed by at least $2 billion, the Wilmington news source reported. In August 2021, due to a lack of funds, NCDOT decided to halt the current prioritization cycle.

Instead, the updated draft consists solely of existing projects in the current 2020-2029 STIP, placing priority on ones with money already committed. Since more projects were not able to be added, the new system allows for organizations to propose project swaps.

"Priorities can shift, especially in a unique situation like we're in now," NCDOT spokesperson Aaron Moody told the News. "It may mean funding priorities have changed."

WMPO will coordinate which projects get switched out, with the only caveat being the swapped project cannot exceed 10 percent of the cost of the one it is replacing.

Any swaps must be submitted by Sept. 30 and can only be interchanged once. Stakeholders also can swap around schedules, allowing a funded project to start construction sooner, for example.

The WMPO plays a key role in helping prioritize projects within the STIP based on local needs, the Port City News noted. Its top "unfunded" priority is still the Cape Fear Memorial Bridge replacement. The fact that it is still considered unfunded means there is no set date for work to begin, but NCDOT is looking into alternative options.

The top projects considered funded — meaning there is a source of revenue assigned for construction — were adopted in September 2020 by the WMPO board, according to the news site.

In total, Kozlosky said those projects will need $755.3 million to be fully constructed. Right now, all have a future projected construction date, except the Market, Eastwood and MLK interchange, which has only been funded for preliminary engineering.

Improvements noted in the STIP also include multi-use paths for extended bike and pedestrian connections, roadway expansions to ease traffic along heavily congested roads and support for public transportation.

Following public comment opportunities and review by local organizations, a revised draft STIP will be released in December and approved by the 20-member North Carolina Board of Transportation in summer 2023.

Funded by the State Highway Trust Fund (HTF), construction on the first phase of the new road began in March with a $185 million contract to Conti Civil, a contractor from Edison, N.J. A total of $231 million in funding is still needed to complete this northern part of the highway.

The second portion of the bypass, from U.S. 17 south of Hampstead to N.C. 210, is slated for construction in 2027, with $143.8 million still needed to finish the job. Planning, design work and right-of-way acquisition currently is under way.

NCDOT plans to lengthen Independence Boulevard, near Covil and Montgomery avenues, for 1.7 mi. from Randall Parkway to MLK Parkway.

Right-of-way acquisition and utility work is scheduled for 2027, with the construction itself projected for 2029. To complete the job, NCDOT requires $193.9 million in funding.

Also funded by the STGB, this interchange project was introduced to Wilmington residents at an April 2017 public meeting in April 2017.

Its right-of-way acquisition also is in progress, and NCDOT hopes to have in hand $26.8 million to start construction in 2027.

Interchange at Market, Eastwood and MLK

The state HTF will bankroll this building effort, which is combined with a U.S. 17/Market Street plan to improve the roadway north of U.S. 117/N.C. 132 (College Road) to Station Road. Right-of-way acquisition is in progress, and currently it is funded for preliminary engineering only. The total remaining monies needed are $91.2 million.

The Federal National Highway Performance Program will cover the right-of-way acquisition and utility work at this crossroads, which is scheduled for 2023. Construction is planned to begin in 2026 after $66.4 million is safeguarded for the effort.

There are 78 New Hanover County projects in the draft STIP, with 10 unfunded at this time and nine funded for preliminary engineering only. Among them are 11 projects at Wilmington International Airport, five of which are not currently funded. Only one has a projected construction date: the first phase of a $5 million runway extension in 2028.

Highway projects make up the bulk of the work, including:

Port City News reported that there are 12 projects slated for Pender County, three of which are not funded. The largest one to have received its allotment is the first half of the Hampstead Bypass from N.C. 210 to U.S. 17 north of Hampstead for $231 million. There is also $20.4 million in secured funds for the county's Henderson Field airport to extend its runway and apron.

Brunswick County features 26 projects in the STIP, with only four not currently funded. The most significant work, already under construction, is widening Midway Road to N.C. 87 with added lanes. It requires $249.8 million to pay for its completion.