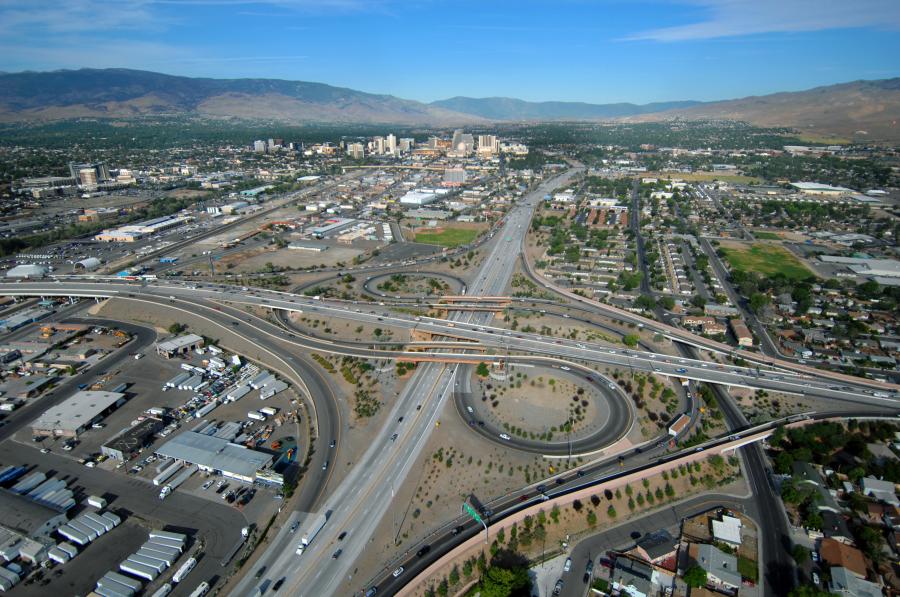 Nevada Department of Transportation hosted a public hearing to gather feedback on the proposed improvements to the Reno-Sparks Spaghetti Bowl and metro interstates. (Vaughn Hartung photo)

The Nevada Department of Transportation hosted a public hearing on Dec. 12 to gather public feedback on the Draft Environmental Impact Statement outlining proposed improvements to the Reno-Sparks Spaghetti Bowl and metro interstates.

The feedback and research has been compiled into the Draft Environmental Impact Statement document for public review and comment. The document recommends interstate improvements aimed at enhancing traffic safety and mobility:

Without the proposed future improvements, population growth is anticipated to lead to travel time increases of as much as 1,138 percent through certain sections of the Spaghetti Bowl.

"The Reno-Sparks population has more than tripled since the Spaghetti Bowl was first constructed back in the 1970s," explained Rudy Malfabon, NDOT director. "Working alongside the community and our partners at the Federal Highway Administration and Regional Transportation Commission of Washoe County, we are fast-tracking major future improvements to keep the community safe and connected for decades to come. With finalization of the Environmental Impact Statement, the interstate improvements can be designed and built in phases over subsequent years with the first phase tentatively scheduled to begin construction in 2020."