Nearly 15 Years After Katrina, an Aqarium Rises on the Gulf Coast 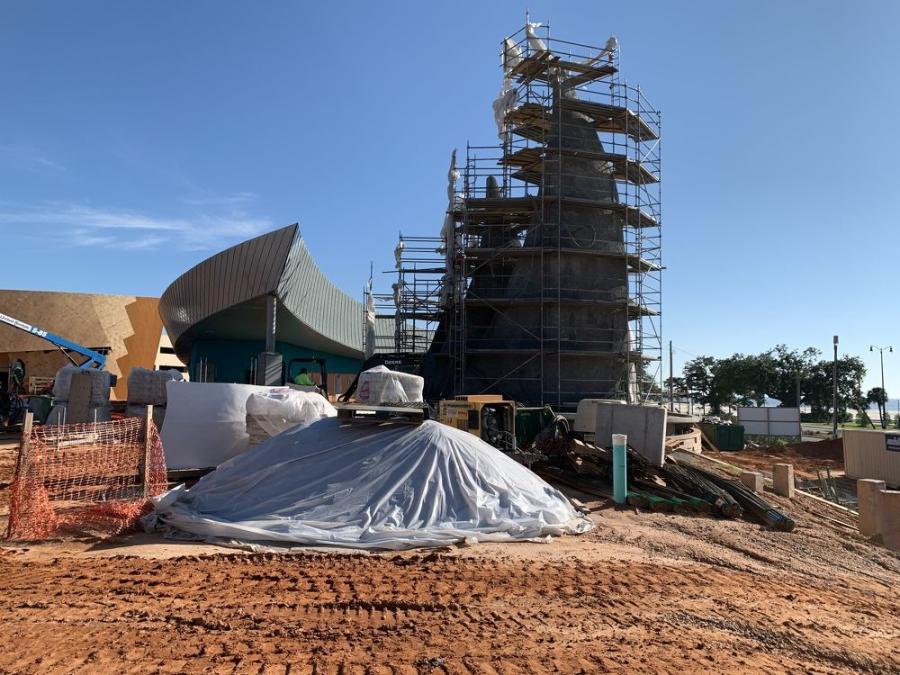 At the gateway to the aquarium will stand three sails made from steel frames with rebar and mesh (finished with multiple layers of shotcrete and paint) that are built to withstand 160 mph winds.

People in Gulfport, Miss., don't like to talk much about Hurricane Katrina, and understandably so, but they do like to talk about what you might call the silver lining of that dark cloud — the $93 million Mississippi Aquarium. Prior to Katrina, the city had Marine Life, a much-loved yet mostly dolphin-oriented facility that was destroyed by the hurricane.

"The city leadership was looking for a really great family venue," explained David Kimmel, aquarium president and CEO. "An aquarium was what they really wanted, but it was planned for Biloxi. They instead went for a baseball stadium. So, Gulfport saw a great opportunity and really wanted it. This goes back to city leadership." 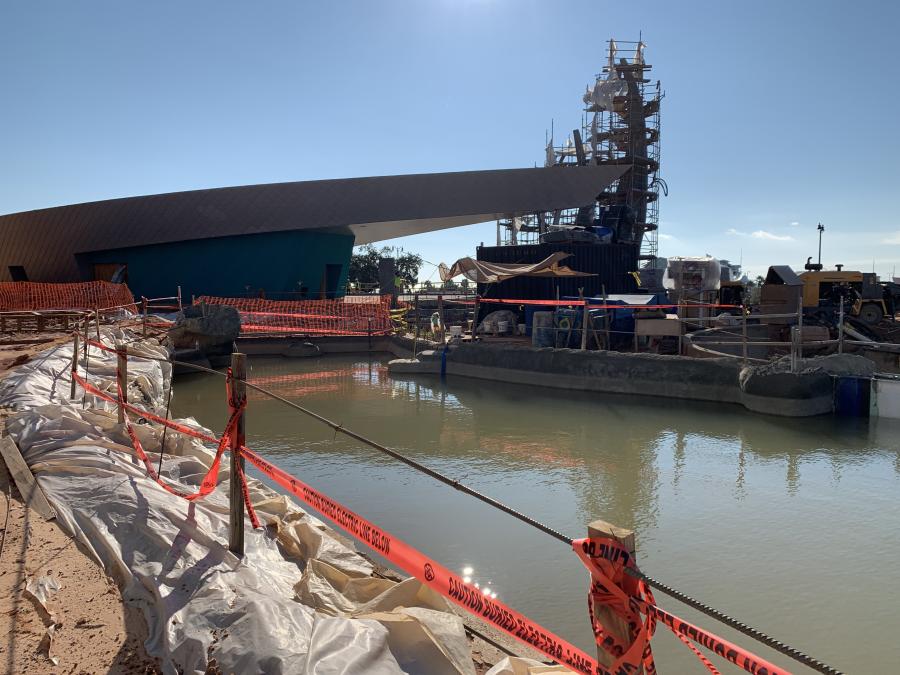 The aquarium, set on a 5.8-acre beachfront campus with exhibits inside and out, features three trademark sails, representing education, conservation and community.

"Those are the pillars on which we based our mission statement," Kimmel said. "Education of our guests, conservation organization and community. Not only the community we live in, but the aquatic community. We want to integrate these three things that we are based on."

The Nassal Company, based out of Orlando, Fla., is constructing the sails using steel frame with rebar and mesh over them, finished with multiple layers of shotcrete and lastly, paint. Like most of the project, the sails are designed to withstand 160 mph winds. Some of the aquarium's canopies won't reach that standard but will be taken down when high winds are predicted.

And since Katrina flood levels topped at 24.5 feet, the elevation of the project site was raised to 25 feet, complemented by a seawall surrounding the aquarium. There also will be pumps and generators onsite to maintain the care of the animals in the event of natural disaster. All piping for the life support systems is HDPE or PVC with stainless steel bolts and flanges to protect it from rust and corrosion. All pools and waterside rebar are coated.

"A lot of care is taken from a corrosion and rust standpoint," Kimmel stated. "The buildings feature metal cladding to give it a great look on the sides, and many of our buildings have a guitar pick shape. We didn't just want boxes. We're really trying to give our guests a real flavor of our animals." 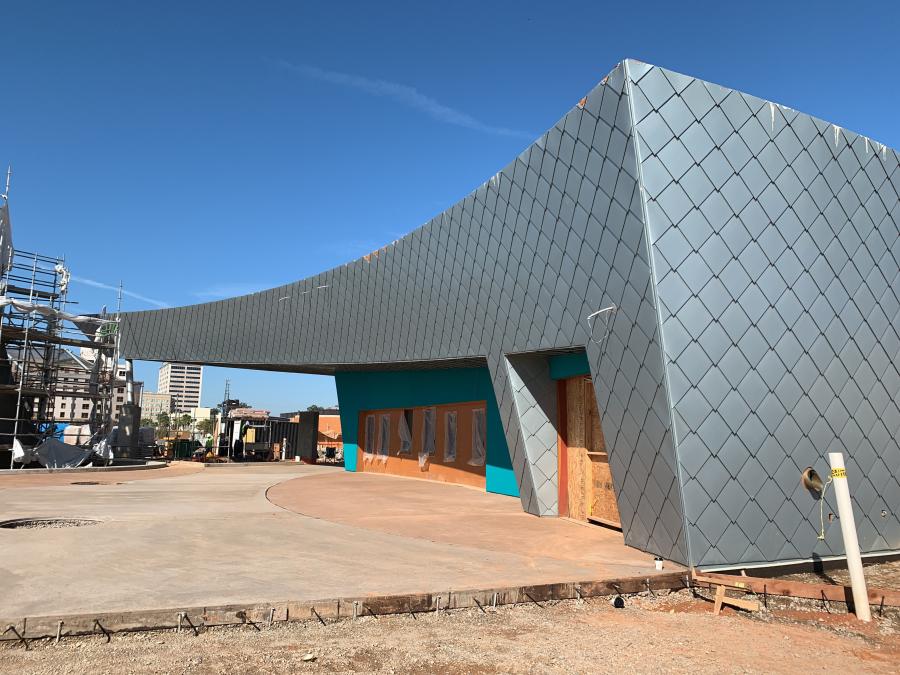 Building an aquarium comes with added challenges. Not only must it meet normal building codes, but also the standards of the Association of Zoos and Aquariums. Because of the importance of animal health and safety, extra attention is paid to every detail and quality.

"Things that are hidden are never hidden that long," Kimmel said. "You can't do molding — too much scrutiny involved. When you are assembling HDPE piping, when you weld it together you need to make sure the welds are clean and there are no weld spurs. If that gets into the system and an animal eats it, the animal could die. We're a living museum. Most staff are just there to care for the animals. We take a lot of care that there are no sharp objects. With the dolphin exhibits, you need to make sure the gates are strong enough so they can't break them down. One must really understand an aquarium has to make sure that animal safety is number one.

"The other challenge is the number of pieces and parts that come into play. The acrylic had to be ordered much earlier to make sure it arrived on time, and it was ordered from Italy. All of these pieces are different than a normal building, or the same as a normal building with an extra layer."

The outdoor exhibits will feature alligators, dolphins, otters, river otters, freshwater animals and an aviary. Inside the aquarium is a large exhibit designed to depict the habitat of the Gulf of Mexico, including a riverbed built from concrete and shotcrete. 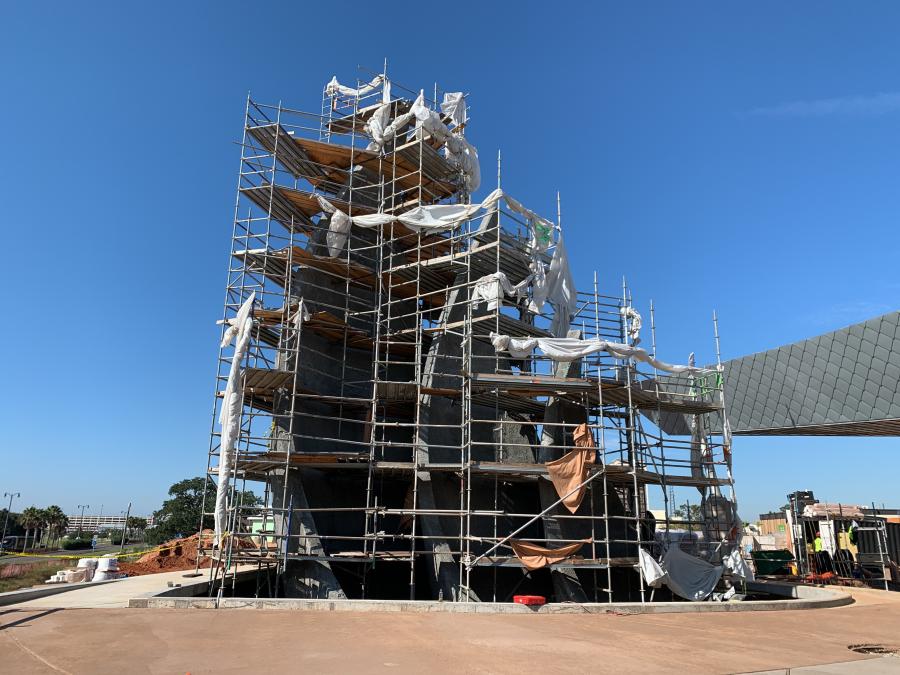 "The theme is brown to blue and beyond," Kimmel said. "The brown is the rivers and bayous of the Mississippi, and the blue really is the Gulf and beyond."

The project has come with the added bonus of drawing new development, including two hotels, retail and office space, in the surrounding area.

"Part of our site has the old Harrison County library, which has also stood vacant since Katrina," Kimmel said. "That is now being retrofitted into where the transit authority has taken it over. The aquarium will put offices on the second floor. The people of the city had the vision to see what an aquarium can do for the city."

Ninety percent of the funding for the project came from the city of Gulfport and the state of Mississippi, with the final 10 percent being raised by the aquarium foundation.

Aquarium by the Numbers:

900 new jobs in the city of Gulfport

Additional construction jobs: 400; 75 percent anticipated to be from the regional workforce CEG