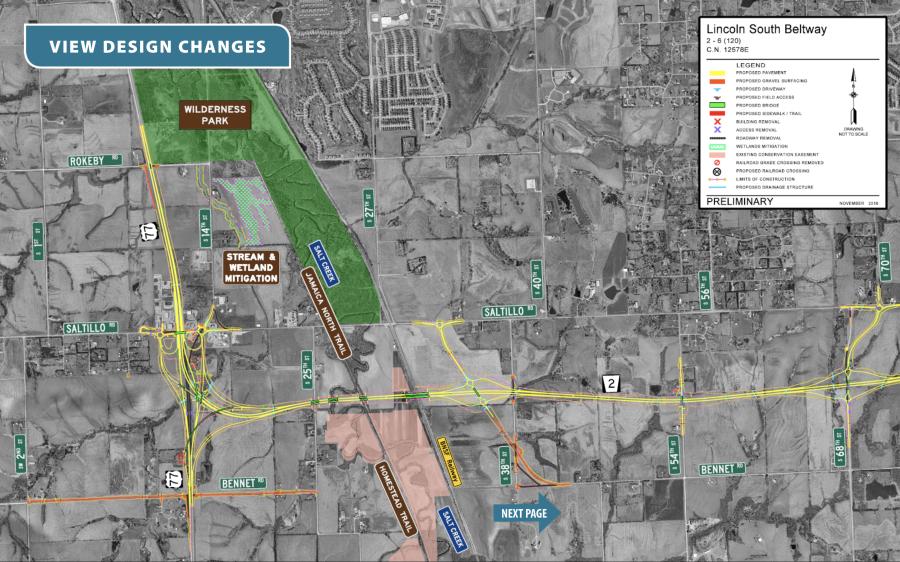 The Nebraska Department of Transportation (NDOT) announced last month that Hawkins Construction of Omaha has been awarded the contract to construct the Lincoln South Beltway. Once complete, the South Beltway will improve safety and regional mobility by connecting U.S. Highway 77 (U.S. 77) and existing Nebraska Highway 2 (N-2).

The Lincoln South Beltway is the largest and one of the most complex projects the NDOT has undertaken. The $352 million contract will cover construction of an 11 mi. east-west four-lane freeway that will reduce congestion on N-2 through Lincoln and improve connectivity in the region. Construction is anticipated to begin in the spring of 2020, with the freeway anticipated to be open to traffic in spring of 2023.

NDOT has already acquired most of the required right of way and has begun work on removing vegetation in the area of the new roadway. Additional public meetings will be announced at a later date which will provide local residents with information on timing of work that may impact their normal travel routines.

NDOT has been working towards delivery of the South Beltway for decades and following passage of the Build Nebraska Act, the NDOT was able to partner with the city of Lincoln, Lancaster County and the U.S. Department of Transportation to secure funding and prioritize the project. Last February the NDOT announced it would use an innovative financing approach to accelerate construction of the project to allow it to be built over three years but paid for over the same eight-year time frame originally laid out in the phased approach.