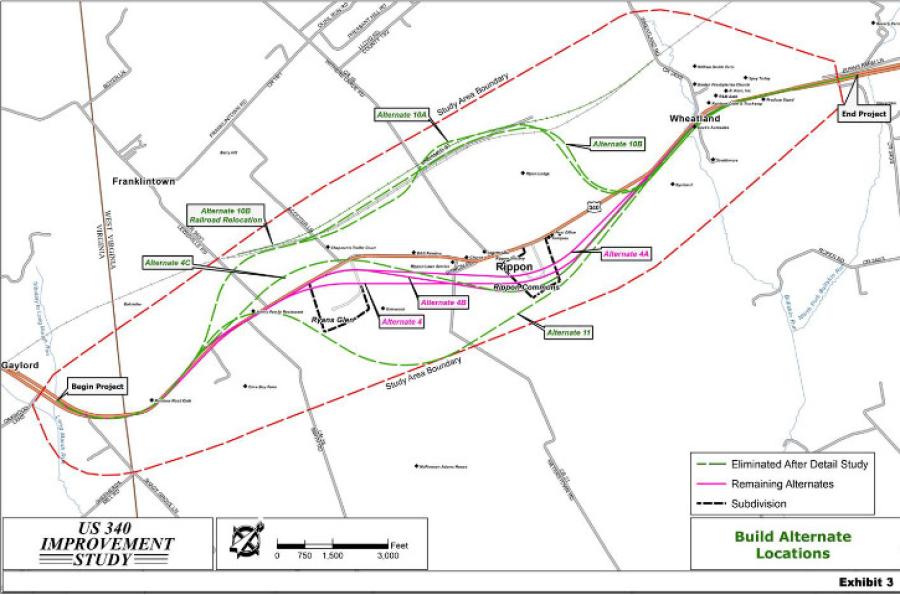 A Mount Storm, W.V.-based contractor has been awarded a $38.7 million project to widen U.S. Highway 340 to four lanes from the end of the Charles Town, W.V., Bypass to nearly a half-mile south of the state line in Clarke County, Va.

It is the latest in a series of road and highway construction projects to be contracted by the West Virginia Department of Transportation (WVDOT) in the northeastern corner of the state.

The U.S. 340 work awarded to A.L.L. Construction Inc. is projected to be completed in 2024. The company also was among nine bidders to submit proposals for the nearby Berkeley Springs Bypass project, as well.

The company's low bid was $275,000 less than the only other bidder for the project, according to results posted on WVDOT's website after the bid opening Aug. 11.

The U.S. 340 project joins several others that have been awarded to A.L.L. Construction, including a widening of WV Rt. 9 near Martinsburg, and the Tabler Station four-lane widening project south of Martinsburg.

The Berkley Springs Bypass work, which also involves construction of more than 3 mi. of a new route for U.S. 522 around Berkeley Springs in Morgan County, is projected to be completed in November 2023, according to state bid documents. The bypass segment is to be built east of the existing roadway, beginning just south of Winchester Grade Road and ending north of WV Rt. 9.

A remaining mile-long segment of the bypass between Rt. 9 and Sandmine Road is slated to be completed separately, the WVDOT said on its website.

Part of West Virginia's Roads to Prosperity bond project, the Berkley Springs Bypass dates back more than 40 years. The road was identified in a 1978 summary report on the Eastern Panhandle Area Transportation Study as needing improvements, including the widening of the highway between Berkeley Springs and the Virginia state line, and a bypass for the town.

The Roads to Prosperity Constitutional Amendment approved by voters allowed the issue of up to $1.6 billion in bonds that are funded by increases to vehicle registration fees, consumer sales tax on motor vehicles and increasing the floor on the average wholesale price of gas.