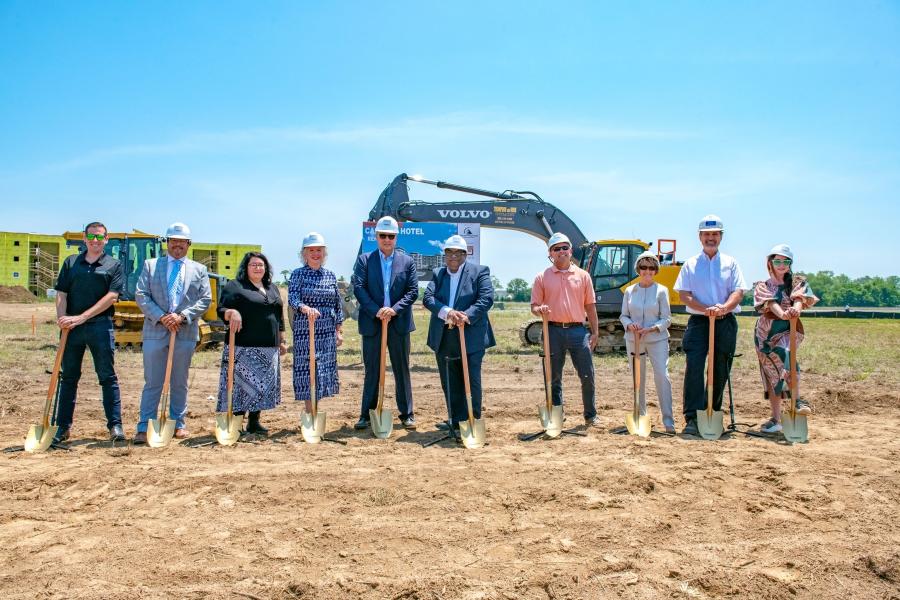 Choice Hotels made an early debut in Delaware on June 2 as the lodging chain broke ground on the Cambria Hotel off Delaware Highway 24, in Rehoboth.

The four-story, 114-room Cambria Hotel Rehoboth Beach is expected to be open in 2024 at the intersection of Del. 24/John J. William Highway and Beebe Road.

Although Choice Hotels International has 7,000 properties around the world, including four Cambria brands in Maryland, this will be its first location in Delaware. The next closest is in Ocean City, Md.

"The Delmarva Peninsula is a favorite vacation spot for those who call the Mid-Atlantic home, and we look forward to showcasing the town's vibrant culture and coastal charm through the new Cambria hotel," said Choice Hotels Senior Vice President Janis Cannon in a statement. "The groundbreaking represents another proud moment in the brand … as we grow the Cambria footprint throughout the region."

The Cambria Hotel Rehoboth Beach will include indoor and outdoor pools, a poolside cabana, a tiki bar and outdoor fire pits. Bedrooms will feature spa-style bathrooms and Bluetooth-equipped mirrors. Other amenities include on-site dining, a fitness center and a 3,800-sq.-ft. meeting room.

The hotel is slated to become the latest project on Del. 24, a route noted for its major construction projects over the last two years. Beebe Healthcare just opened the doors of its Specialty Surgical Hospital nearby, and Artisans Bank is building a new facility for Rehoboth Beach clients.

The resort town enjoyed an explosive summer season last year, the Business Times noted, as vaccinations and low COVID-19 transmission levels encouraged people to come back to the shore. Rehoboth Beach is no more than a four-hour drive from 30 percent of the nation's population, a fact that fuels high interest from developers and the potential for more hotel growth, the business news site reported.

Elsewhere in Delaware, Harvey, Hanna & Associates and TKo Hospitality opened the Hyatt House hotel near Five Points in Lewes earlier this year, while TKo Hospitality is continuing to perform a $5 million renovation of the former Sandcastle Motel in downtown Rehoboth. Plans filed with the city show that the building is to structurally remain the same but will include extra rooms as well as an update to its restaurant.