New Company Focuses on Machine Control Like a Laser 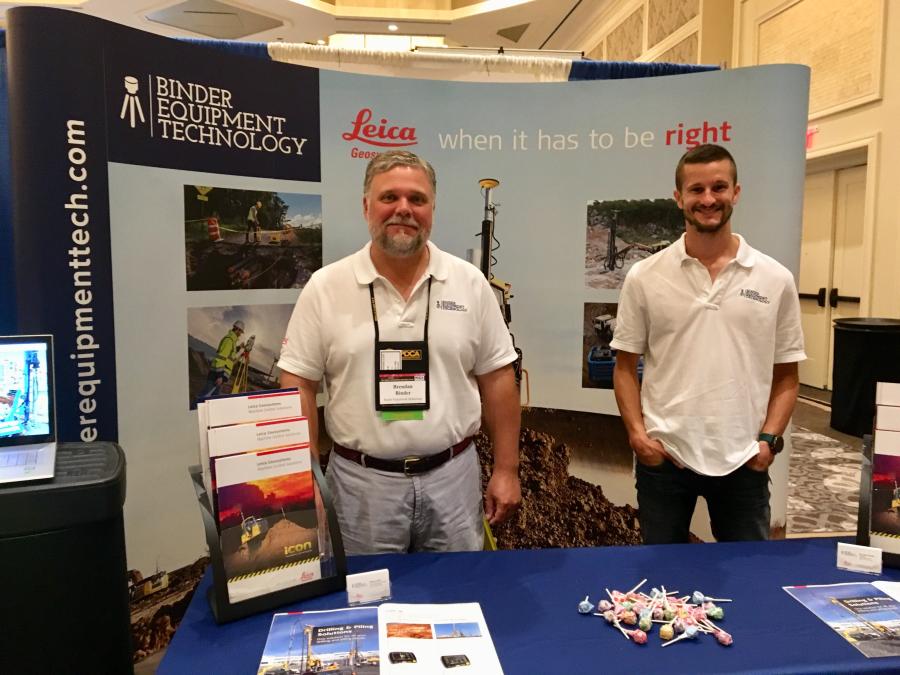 Binder Equipment Technology is a relatively new firm that represents the Leica Geosystems product. The company was incorporated in December 2018, but fully went into business effective mid-January.

Leica is a more than 150-year-old company that specializes in Swiss-based manufacturing of different types of metrology equipment over various disciplines in the medical field, mining and construction.

"It is a great product that we are very excited about," said president Brendan Binder. "They are constantly evolving new products and improving existing products and are really at the forefront and the leading edge of the technology development in their world."

However, Binder was not new to Leica, his alignment with the company began when he attended ConExpo in the spring of 2017.

"The first booth that I visited … was Leica's booth," he said. "I was there seeking representation of manufacturers and I knew that … getting into technology products was something that I was very interested in."

He explained that since he knew the industry is and has been evolving and growing into technology products, he wanted to align himself with one of the top manufacturers in that realm, which he knew was Leica. The partnership began at that time, under a previous venture, and then evolved into Binder Equipment Technology. 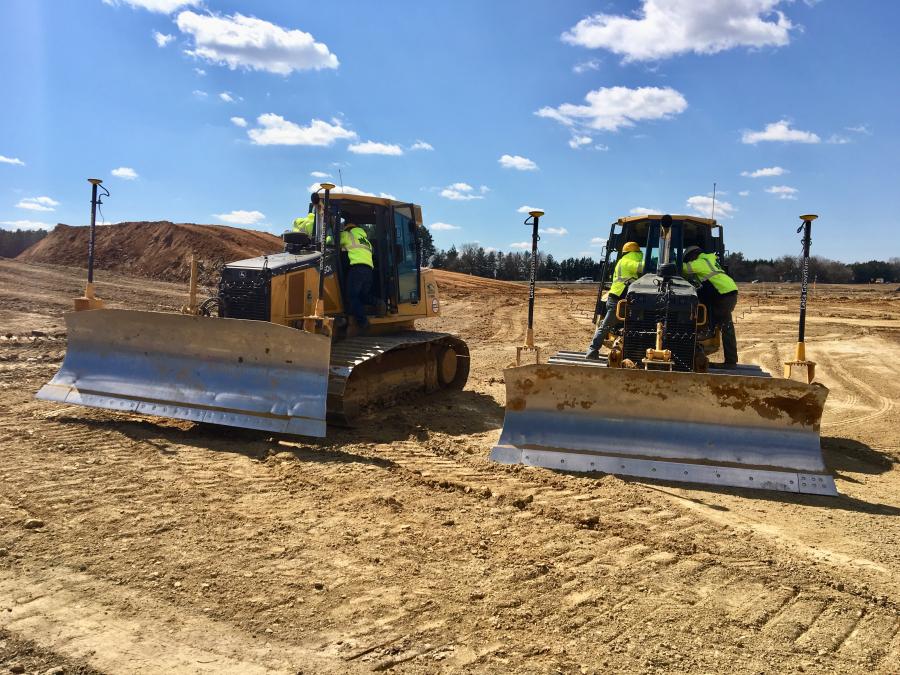 Binder explained that the primary focus of the company is in machine control — a technology product specifically related to construction equipment such as dozers, excavators and motorgraders, and various, typical mainline key construction products that many people are aware of when they think of machine control.

"So, what that does for a construction product is make a smart machine smarter, if you will," he said. "That machine automation takes a bulldozer and allows the operator to be more autonomous and the … system takes over the blade control of the bulldozer, the depth control and excavation control of an excavator, and it tells it really what to do."

In addition to the core products, Binder said the company is working hard to penetrate the market on a national basis, such as in pile driving and drilling.

"The core product is machine control, but there are so many others as well, such as ground penetrating radar products and underground utility location products for locating utilities and pipes and various structures underground that are utilized by engineering firms and utility contractors that need to know what's underground," Binder said.

He noted that another important market to the company involves asphalt paving, concrete installation, curb and gutter. Machine control can be used on such machines as a large concrete paver, helping to control the flatness of the concrete and the screed up and down.

Binder also is pursuing markets outside of construction. For example, a laser scanner, which is referred to as a total station, was recently served to Florida Gulf Coast University for its forensic anthropology department.

"They are using that instrument on a case study in Germany where they are locating the remains of World War II POW soldiers," Binder said. "We are also going to pursue markets in the areas of forensics, whether it is with law enforcement or other anthropological kind of applications." 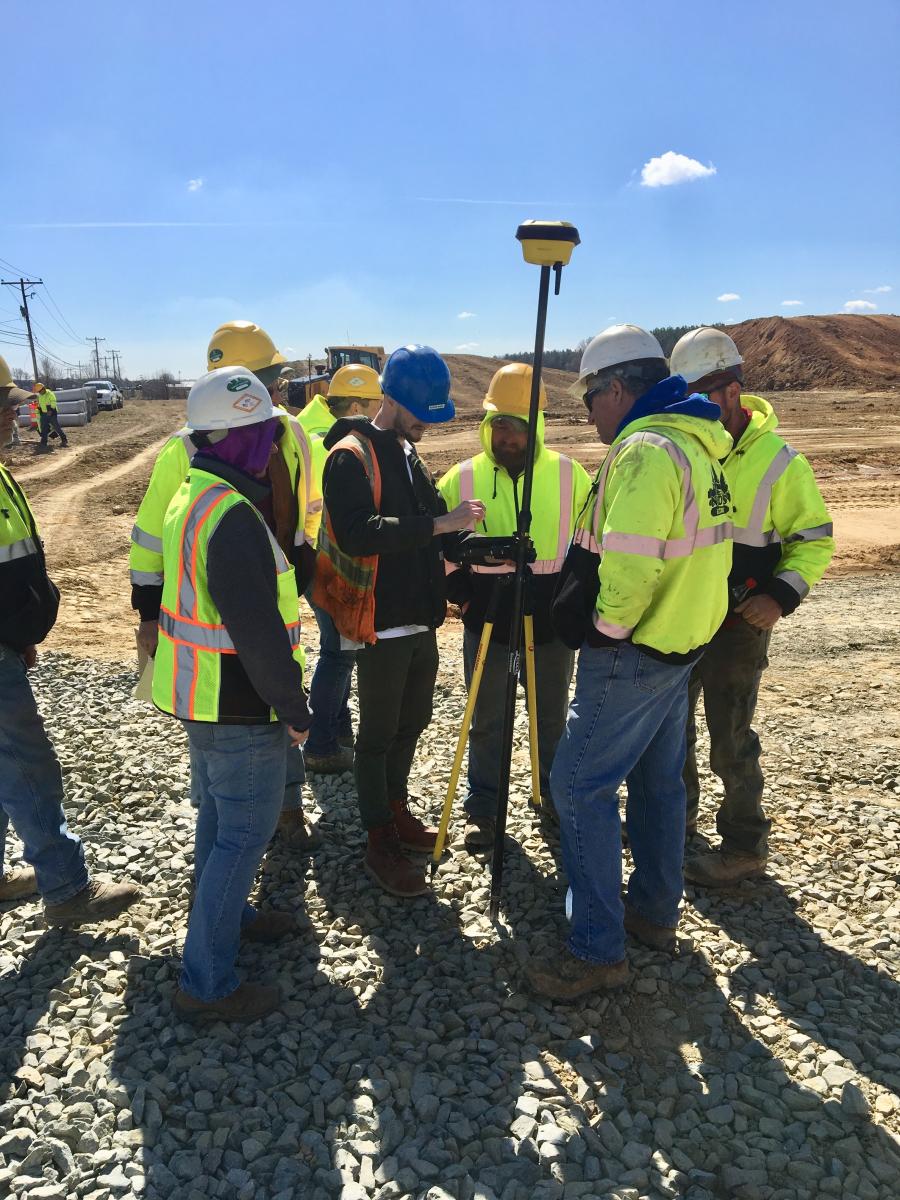 Leica systems offer an advantage in that they can be installed on any make or model.

"That's the important differentiator about being an independent machine control dealer," Binder said. "We are not aligned with any particular OEM manufacturer. So, we can support contractors with mixed fleets and install machine control on virtually any manufacturer's product."

He also noted that a common misconception is that someone who is invested in one product, such as Topcon or Trimble, must be beholden to that product because they can only communicate with each other.

"We can install Leica Machine Control onto any machine type and communicate with any other machine control products on site," he said. "Oftentimes contractors do not want to have all their eggs in one basket. We provide the opportunity for diversity into other products and, of course, we believe that Leica is the superior product. They really have it right."

Shawn Dahl worked with Binder previously and currently serves as technical solutions manager for his current company. His background is in forensic science, and he completed his undergraduate work at Florida Gulf Coast University in Fort Myers.

After that, his research was geared toward electronic mapping methods using terrestrial laser scanners. This involved documenting crime scenes and clandestine gravesites. After grad school, he started working at a surveying firm in Tampa, Fla.

Binder has full capability of installing and supporting all the products that it represents. Whatever training is desired by customers is offered to them, including onsite training and support and classroom training.

"We know well that if the customer is entering into the world of machine control and technology, oftentimes they are concerned about learning the technology, obviously, and we want to and are very good at holding hands and making sure that our customers and their people and operators and field personnel are all very comfortable with implementing this kind of technology, which is not as daunting as people think it is," Binder said. "You know, once people really get the hang of using the machine automation, like many technology products, they tend to forget what life was like prior."

Dahl explained that the automation system for dozers and excavators is basically the same system across the board. 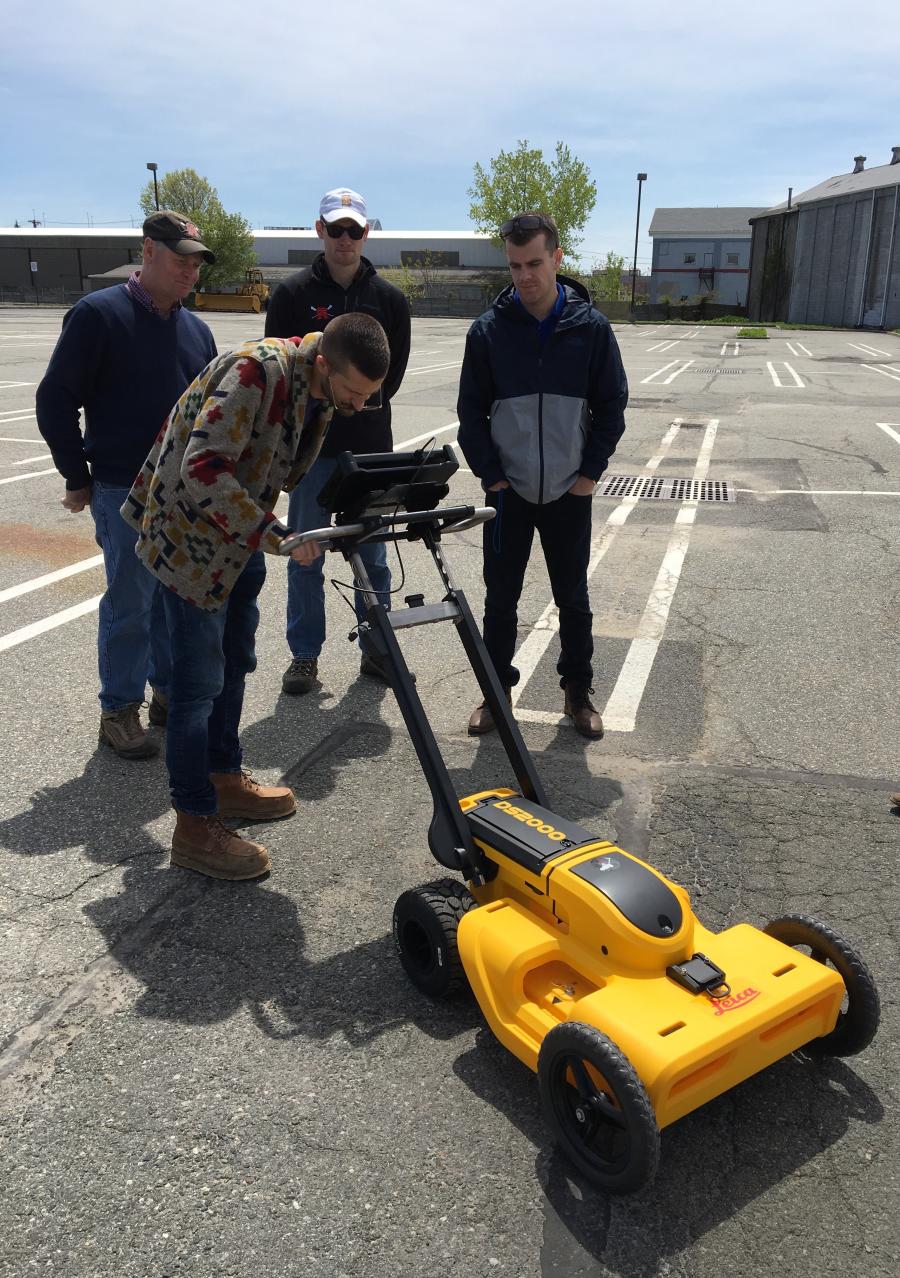 "It's one panel and basically the same variety of sensors, just mounted in a different position across machine platforms," he said. "And that really allows for a lot of modularity and scale ability, so a customer who doesn't have any need for GPS and has a need for a more entry-level system has the same panel and screen as the larger site contractor who is running the fully automated GPS system, but they still have that scale ability. They still have that ability to get there from that same panel and to use it across all different machine types and platforms."

He noted that the current trend in the industry is the realization by those who have not embraced the new technology that they are getting out-bid by the companies who have.

Dahl recommends that customers invest in the new technology because their competitors are doing it.

"The contracts that you are bidding are going to be bid by people who are using this technology," Dahl said. "It's a way to become more profitable, to have more say and to have more control over the data that you are recording on your job site and the work being done. You can keep your sub-contractors in check and on the fly and make sure that they are doing the work that they are supposed to do. It's another tool in the basket to make you as competitive that you can be at the bidding table."

Currently, Binder has installed the full machine control in about a dozen machines across a range of manufacturers.

Binder explained that in addition to new customers, the company has a handful of well-known contractors who were already Leica users and they are offering support to those companies. CEG