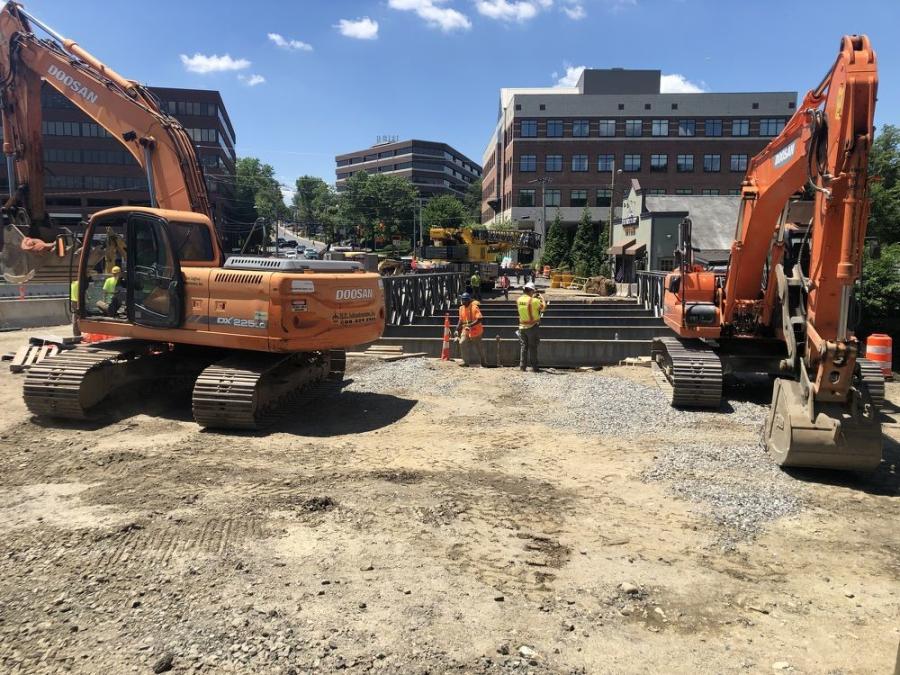 In Connecticut, crews are performing a full replacement of the bridge that carries U.S. Route 1 over the Noroton River at the city/town line of Stamford and Darien. The $10.6 million project calls for a new single-span superstructure composed of prestressed beams, with a concrete deck on new pile supported footings and abutments.

"Though the bridge is not considered structurally deficient, the bridge is scour critical at both the abutments and pier," said Heather Falzano, environmental coordinator, District 3 Construction, Connecticut Department of Transportation (CTDOT). 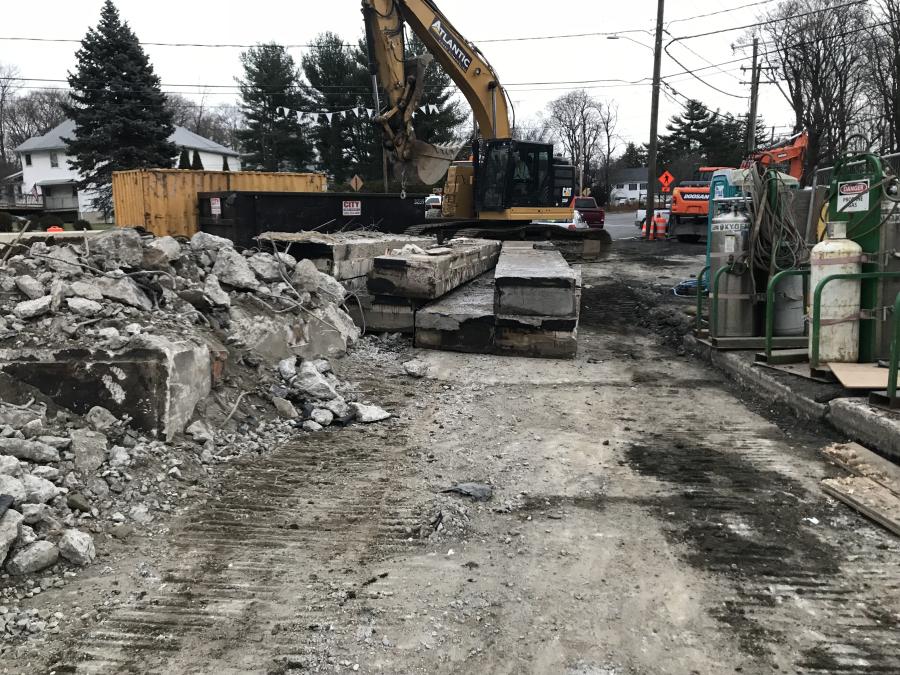 "With scattered degradation and aggradation at the center pier and east abutment, the existing structure doesn't pass the 100-year design storm event to provide over two feet of underclearance of the bridge low chord. The new roadway profile is being raised to address this to be in compliance with the CTDOT hydraulics and drainage manual."

The bridge will feature a newly constructed roadway section consisting of four 11-ft. travel lanes (two in each direction), one 11-ft. left turn lane, two 5-ft. shoulders and sidewalks of varying width on each side of the roadway.

Falzano noted that environmental concerns and permits limit the type and period of the contractor work.

"With the replacement of the U.S. Route 1 Bridge over the Noroton River, the installation of the in-water cofferdams is required to remove the existing center pier and abutments, as well as the creation of the new abutments. Acquisition of these environmental permits further restricts the in-water work to occur outside the time frame from April 1 to June 30, due to the ascension of the native alewife fish to spawn upstream.

"The permits also restrict any changes from the original permit. The presence of the Eastern Box Turtle, on the endangered species list, also requires protection measures, with onsite monitoring occurring daily."

According to CTDOT's website, the construction involves raising the existing profile of U.S. Route 1 a total of 2.5-ft. at the bridge. Falzano explained that the existing bridge structure was originally two spans, and the new bridge is a single span, thereby eliminating the existing center pier, which will be replaced with native stream bed material in the watercourse as a mitigation measure.

The construction also is being performed in multiple stages. 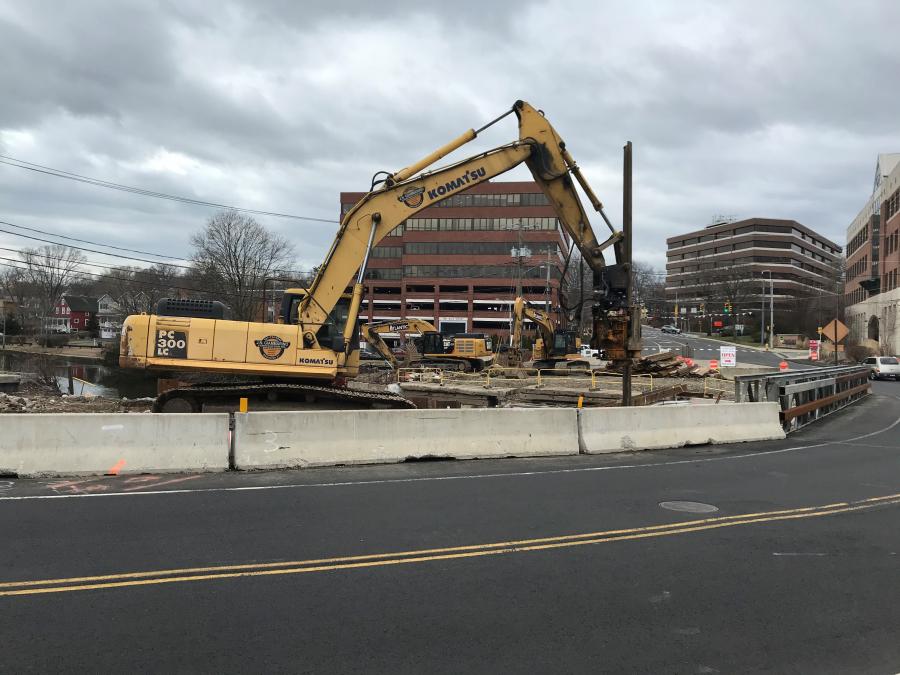 "The ADT for the U.S. Route 1 Bridge is 10,900 vehicles, which requires that CTDOT maintain traffic for the duration of the project," said Falzano. "During pre-construction, the design team coordinated with the local communities, and it was determined that U.S. Route 1 would not be permitted to be closed and traffic detoured."

U.S. Route 1 from Darien to Stamford is frequently used to bypass the often congested I-95 Highway. At the time, three lanes of traffic were required to be maintained. The designer determined the project should be completed in four phases.

Regarding the temporary bridge, Smith said, "With limited room on site, the structure was delivered in sections and assembled on site. After the third bay was assembled, the contractor utilized the rollers and pushed a portion of the structure out over the Noroton River in order to complete the connection of the final two bays." 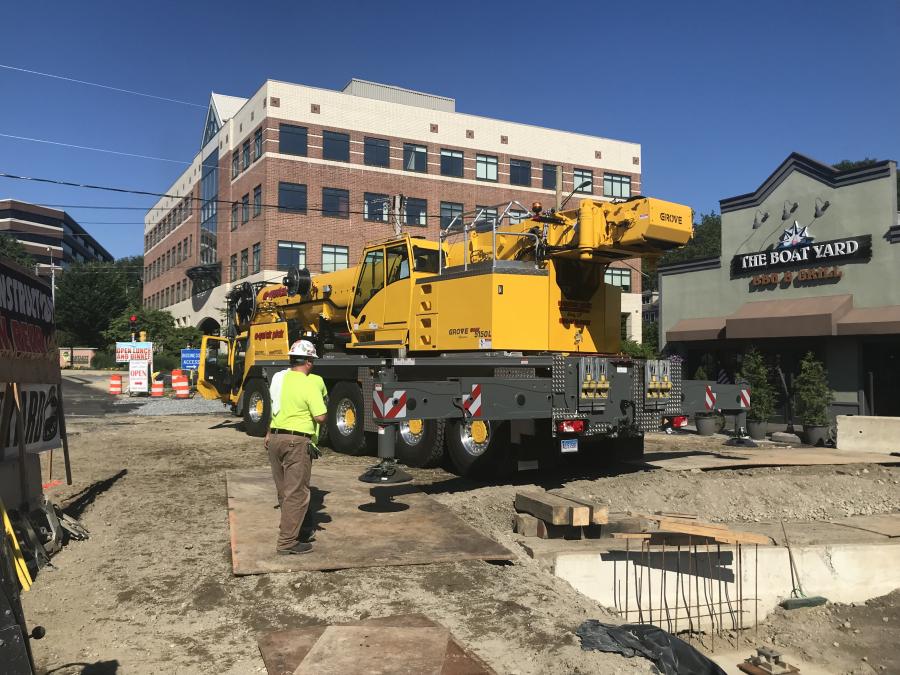 "The new bridge footprint is only 46 ft. long and 81 ft. wide. Two restaurants are directly adjacent to the site. One is located at the southeast corner, and the other at the northwest corner. In addition, two intersecting roads with less than 100 feet on either side of the bridge, a residential house located on the northeast side and a city park located on the southwest corner give the contractor very limited room for actual site work."

"NEI and its subcontractor are currently in the process of the installation of cofferdams and temporary earth retaining systems, in order to protect the traveling public, existing businesses and contractors during the demolition of the center pier and existing abutments," said Smith.

Prior to the majority of work on site, the overhead utilities had to be relocated to predetermined and approved locations outside the project limits. Once the overhead utilities were relocated, the contractor addressed the drainage and underground utilities. Due to raising the profile of U.S. Route 1, all the existing drainage structures had to be either raised, relocated or new structures installed to address the new profile of U.S. Route 1.

All the existing underground utilities, including gas, water and communication, had to be adjusted. The relocation of the gas lines required the deactivation of the gas main crossing underneath the existing structure, which meant the services to residences and restaurants had to be altered prior to deactivation. The water main could not be deactivated and had to remain operational during construction operations.

"The raising of the structure has limited effect on the surrounding restaurants, residential and intersections, due to the existing profile of the road and bridge," said Smith. "The bridge is at the low point between Stamford and Darien, raising the structure will only impact Brookside Drive Intersection with Route 1. Raising the profile of this intersection approximately 20 inches will require the road to be closed for the duration of the work to be performed." 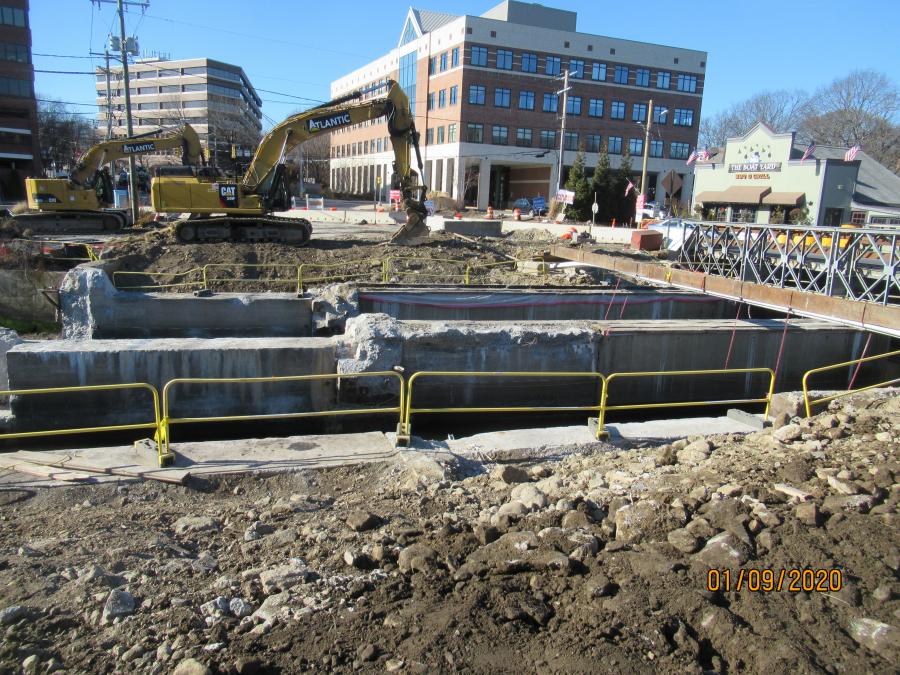 The existing U.S. Route 1 Bridge over Noroton River had four lanes of traffic, two in each direction, with an additional left turning lane traveling west. The southern sidewalk with parapet was closed due to a large section of parapet collapsing into the Noroton River. Temporary concrete barrier curbing was placed along the roadway.

Early on, trees and invasive species were removed, along with asbestos joint material between the bridge deck. Due to the urban nature of the roadway and the limited storage for excess material, NEI has to haul material off site and later return the material when required, which requires excessive handling and extra cost to the project contract.

For motorists, the only major concern has been the closure of Brookside Drive. The traffic switch to the temporary bridge occurred in December 2019. The switch to the temporary bridge reduced the existing two lanes in each direction to one lane in each direction, which creates a bottleneck through the project site, requiring slower restricted speed limits.

"Approximately 15,000 cubic yards of dirt/material will be moved on the project, but due to the lack of storage of material on site, it will be closer to double, due to handling of the material multiple times," said Smith. 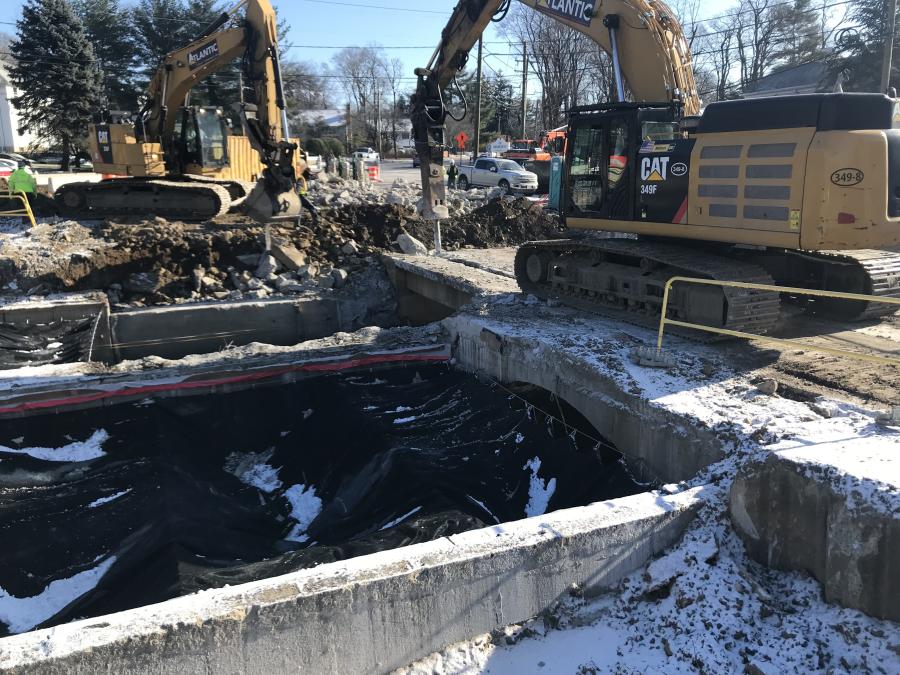 The 171 micropiles supporting the bridge footing to be installed once the bridge is demolished will require an initial test pile. The installation of the 55-ft. deep piles and handling the generated waste water, grout and dewatering of the site, with the tight real estate to perform the drilling, grouting and dewatering treatment, will be among the most time-consuming tasks for crews.

Forming and pouring new bridge abutments once the micropiles are installed also will be tedious work, along with transferring utilities to the permanent locations after the work is finished.

Construction began in January of 2019, with project completion expected in May 2021.