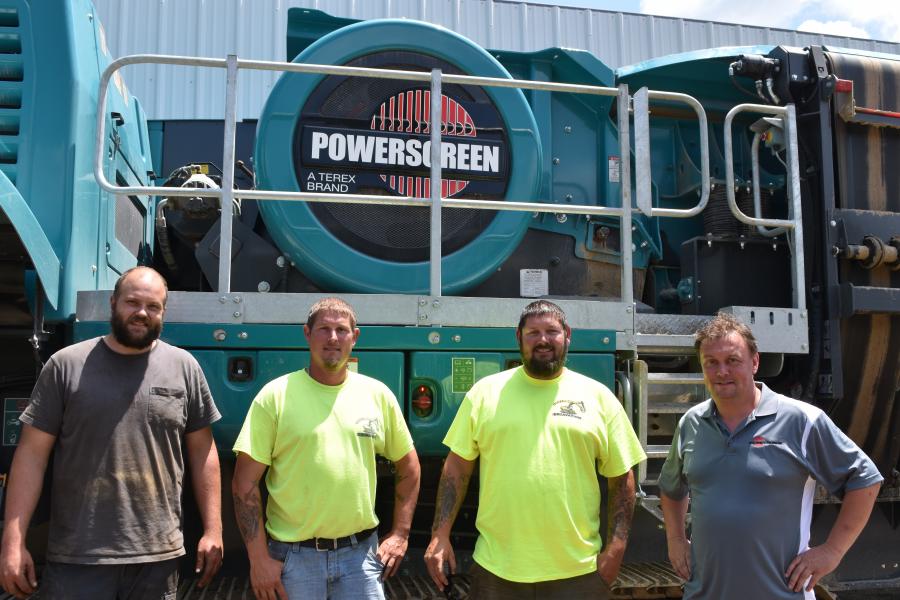 In 2006, Garrett and Bill Griffin took a big leap of faith and, with some financial backing from their parents, started Griffin Brothers Excavation LLC.

The first few years were tough. Small homeowner projects such as septic systems and other residential type work was all that seemed to be available to them. Then came the big recession in 2008. But the brothers stayed the course, worked very hard and eventually made it. 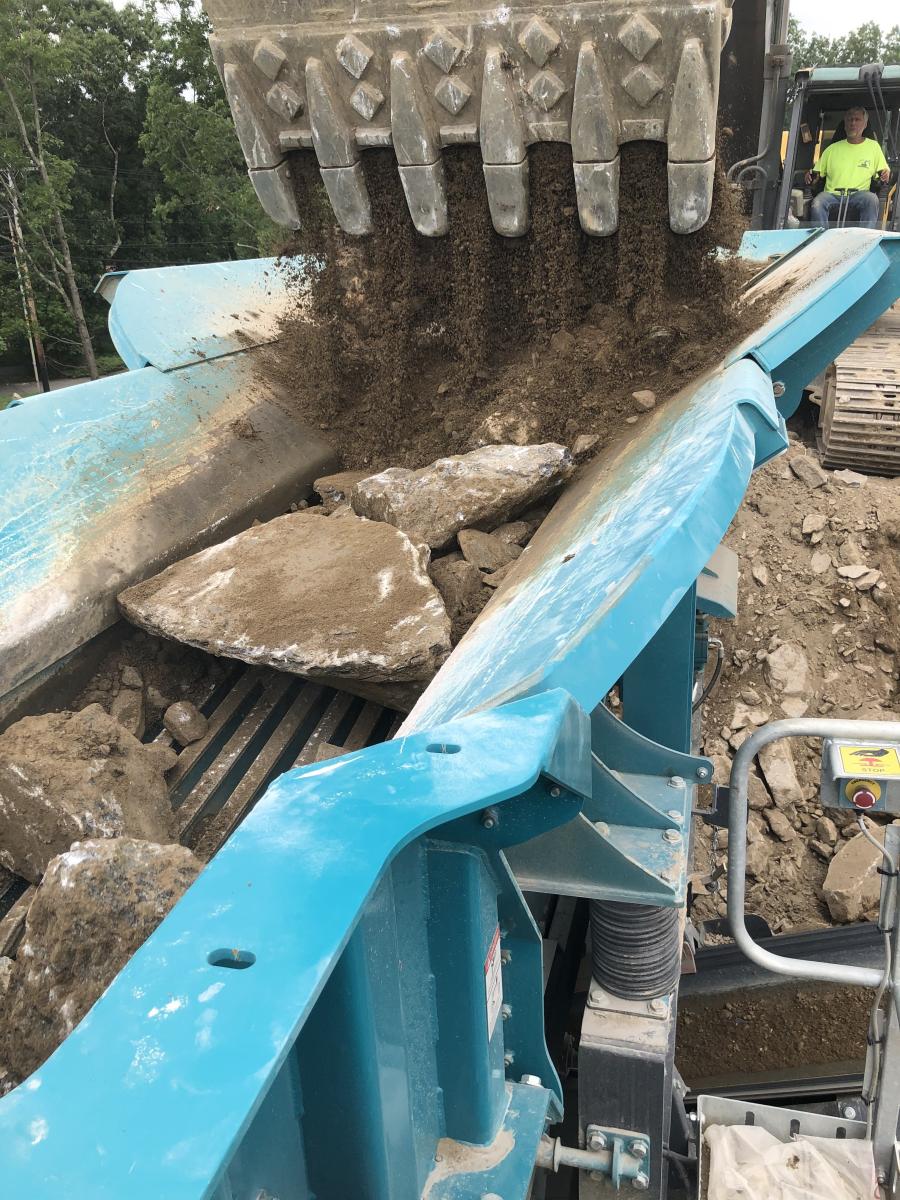 Approximately five years into the company's growth, as their projects expanded into small road building projects and some commercial subdivision work, it became obvious to the brothers that they needed to invest in some crushing and screening equipment. The economics weren't quite right for them to invest in a brand-new spread, but that did not stop Graham Wylie, their sales representative with Powerscreen New England, from finding a way to help them out.

The brothers acquired an older Powerscreen Chieftain that got Griffin Brothers in the business of screening topsoil as well as other spec'ed material, and it wasn't long after that a used Metro Track portable tracked jaw crusher was added to the mix.

Connecticut is known for its rocky conditions and as Griffin Brothers expanded its operation the need to be able to crush rock and have the ability to produce its own aggregate for re-use elsewhere on site without bringing in outside contractors was imperative. By putting together a used package that met its needs, Wylie was able to assist Griffin Brothers in reaching its next level of growth.

By producing its own aggregate and topsoil and at times selling what it produced, Griffin Brothers was able to greatly increase its profitability. As the economy improved, so did Griffin Brothers' ability to bid on larger projects.

Unfortunately, with larger projects comes the need to handle larger capacities of rock and aggregate processing. 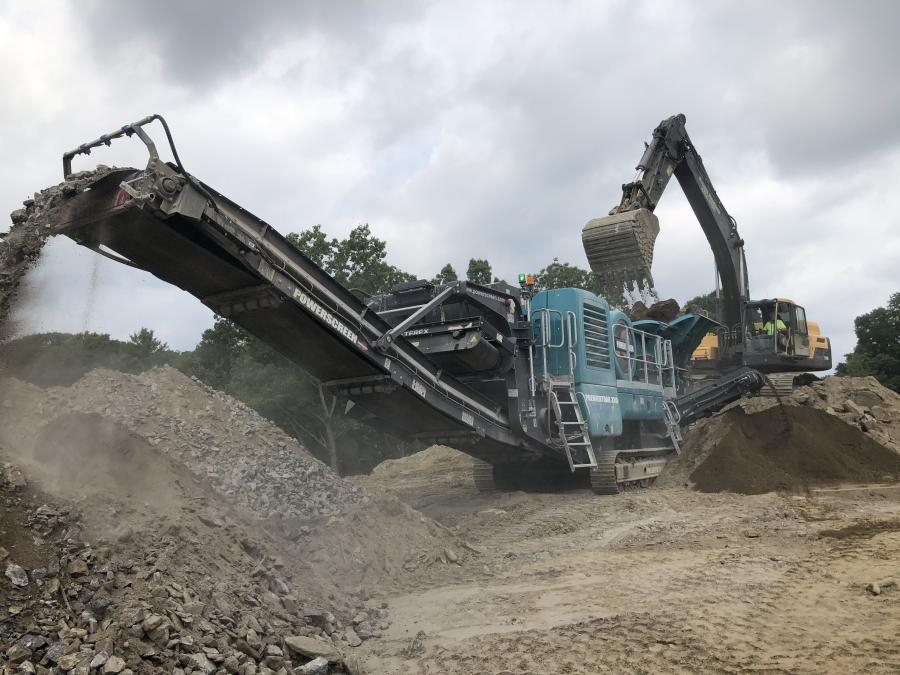 "One of the challenges in the New England market, besides the hard rock, is the small footprint that you have to work in," said Garrett Griffin. "As the population density increases in New England, so do the challenges of working in tight spaces. We reached the point where what we really needed was a machine that was fairly compact, and portable, yet had a greater production capacity."

According to Wylie, "For years, due to the unique demands of aggregate production here in New England, we have been telling Powerscreen that we need a portable 40-ton machine, and they have finally given us what we are asking for."

The Powerscreen Premiertrak 330, the machine purchased by Griffin Brothers, is the first of its kind in the United States. This tracked jaw crusher is fitted with a simple large fixed hopper and is manufactured from nearly indestructible 8 mm wear plate, according to the manufacturer.

Innovations in engineering allows for reduced setup time, and hydrostatic drive allows reversibility in the crushing chamber, meaning the machine can unlock and run in reverse, allowing for easier crushing of certain difficult materials. In addition, the Premiertrak 330 is designed with low engine speed operation, allowing for low fuel consumption and low noise emissions ideal for working in urban areas. All of this in a compact size that can be easily moved from site to site.

Bill Griffin added, "A lot of adjustability has been built into this new Premiertrak machine and it takes nothing more than the push of a button to adjust material size, jaw speed, jaw direction, and jaw pressure to find the sweet spot. 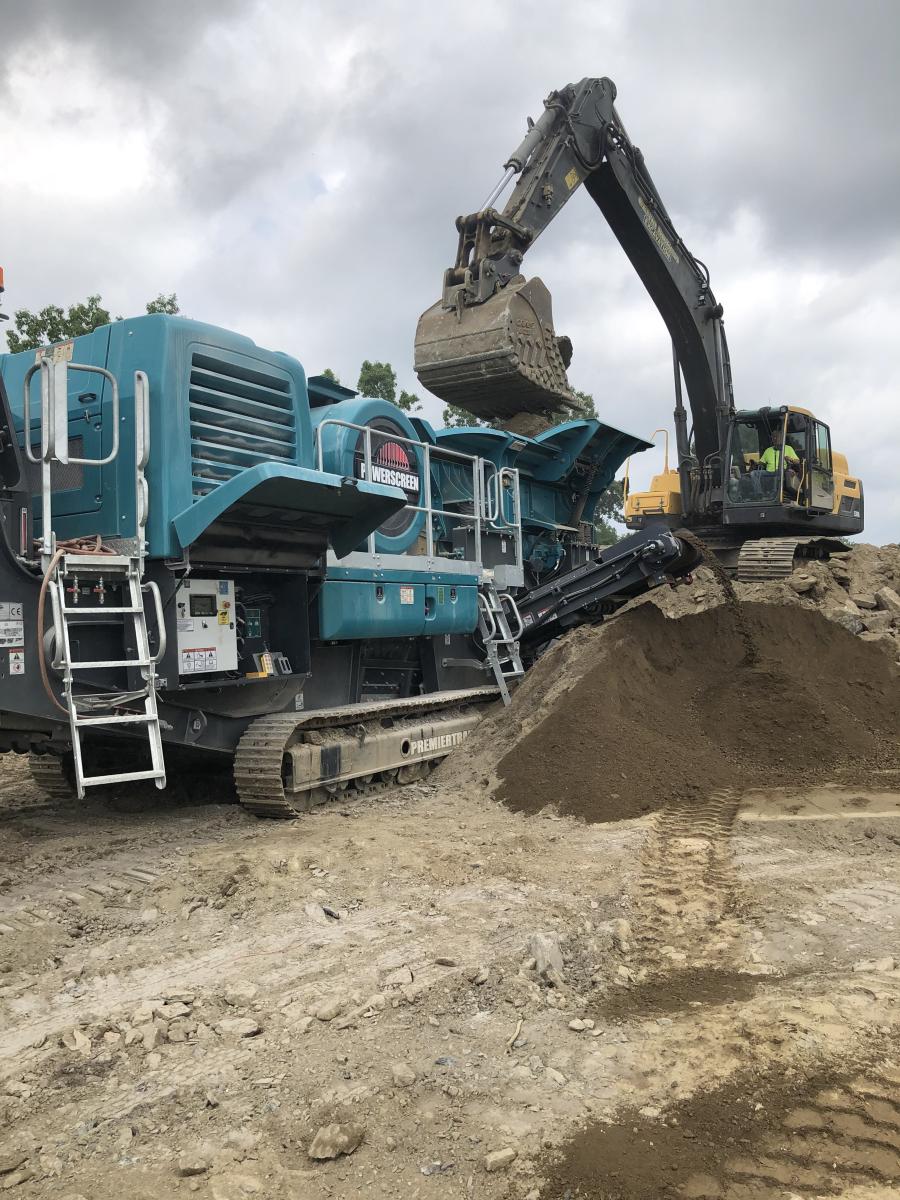 "We really appreciate the reversible jaw. It makes releasing a jam up so much easier and less time consuming. The Cat engine gives us a confidence level that if something were to go wrong, we know we will be able to get up and running in no time as far as the engine is concerned."

Since the purchase of the new machine, Griffin Brothers has experienced dramatic increases in production with decreased input costs, all with the perfect size machine.

"If the machine was any larger than the 40-ton size, we would have the inconvenience of having to use a 4-axle trailer in a lot of these tighter rural areas, as well as it would have required additional permitting. When we arrive on site, the machine requires literally no setup, and it's sized perfectly to be fed from our 2-3 yard excavators," Bill Griffin said.

"The machine has met all of our expectations. Production levels are higher than anticipated, its breaking bigger rocks than anticipated. It has literally done everything Graham told us it would do. This machine was sitting on the production line in Ireland when the COVID pandemic struck and we literally had to wait months to get our machine. It was very much worth the wait."