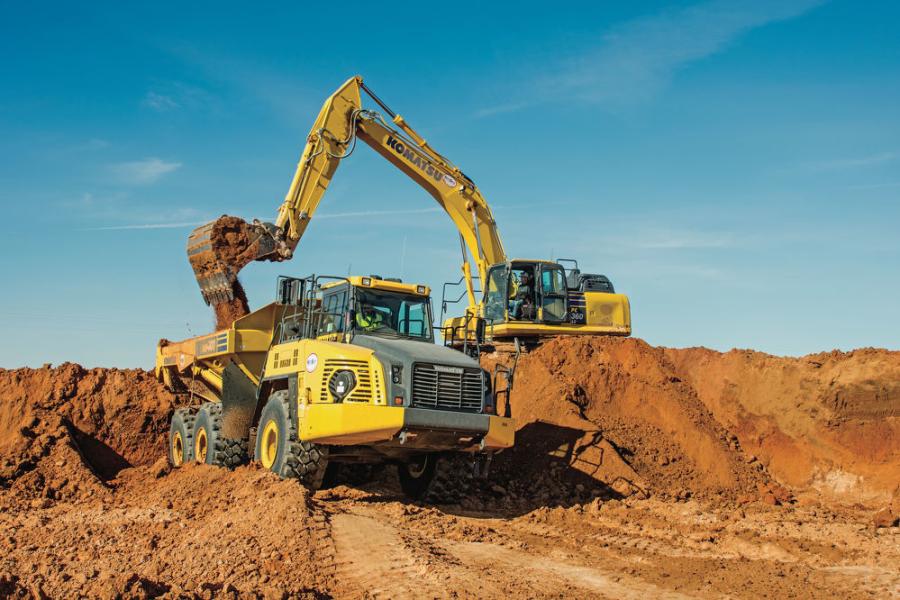 Justin Lott had his sights set on becoming a firefighter. He completed fire school and was set to take EMT training, a requirement to become a fireman in Texas. 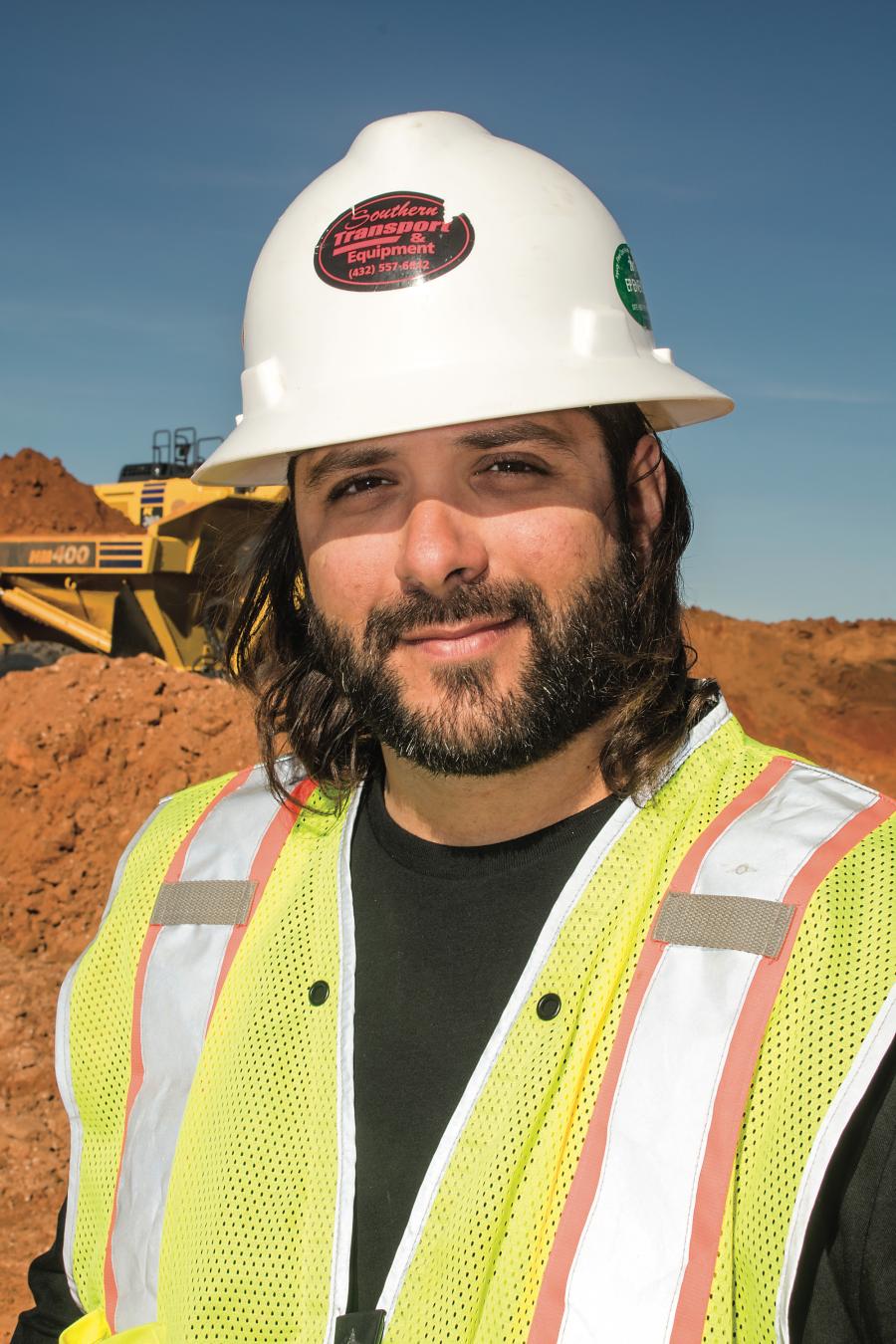 “The summer after I graduated from fire school, I took a job working for an oil field company to make some money,” recalled Lott, co-owner/senior vice president of Southern Transportation & Equipment LLC. “I quickly realized that oil field work paid much better than what I was projected to make as a firefighter. I was given an opportunity to grow with the business I worked for, so I took it and continued to make my way up the ladder.”

The firm's schedule was two weeks on, then two weeks off. Lott wasn't about to sit around during the breaks, so he bought a dozer and started a land-clearing company on the side, known as Six Bar L. Within a few years, he made the business his full- time job.

“One thing led to another, and I began leveling house pads and cutting in driveways,” said Lott. “Commercial work followed. I was doing complete site prep for filling stations and truck stops that included everything from clearing to utility installs to mass excavation and fine grading. A couple of years ago, I ventured back into the oil and gas industry, offering well-pad construction.”

Around the same time, Lott and Michael Stilley, a business acquaintance who owned a rig-washing business, had conversations with Jonathan and Thomas Ivy, the founders of Southern Transport, a heavy hauling business, about joining forces. The four saw the benefits of teaming up, so they formed Southern Transport & Equipment and began operations in January 2017. All are owners in the relatively new venture, with Jonathan Ivy serving as president and the other three as vice presidents. The Ivys remain in charge of the transportation side, which runs a wide variety of trucks throughout the contiguous 48 states and can carry loads up to 180,000 lbs.

At the advent of Southern Transport & Equipment, Lott closed Six Bar L. Now, he and Stilley oversee operations for the new company's equipment side. Stilley works with customers on contracting as well as building site models. Lott handles field operations, which, in most instances, involve all aspects of excavation services for oil and gas sites as well as new commercial properties. The Texas contractor has offices in Midland, Kilgore and Houston.

“As soon as we determined the new business was going to happen, Michael and I were knocking on doors and making phone calls,” Lott said. “Within three weeks, our first project was on the books. In a year's time, the excavation side went from being built on dreams and prayers to employing approximately 25 people and running multiple jobs at one time.”

Today, nearly 100 percent of Southern Transport & Equipment's undertakings are for oil and gas companies in the Permian Basin. Its largest project to date involved a 38-acre site where the company moved close to 250,000 cu. yds. of earth. 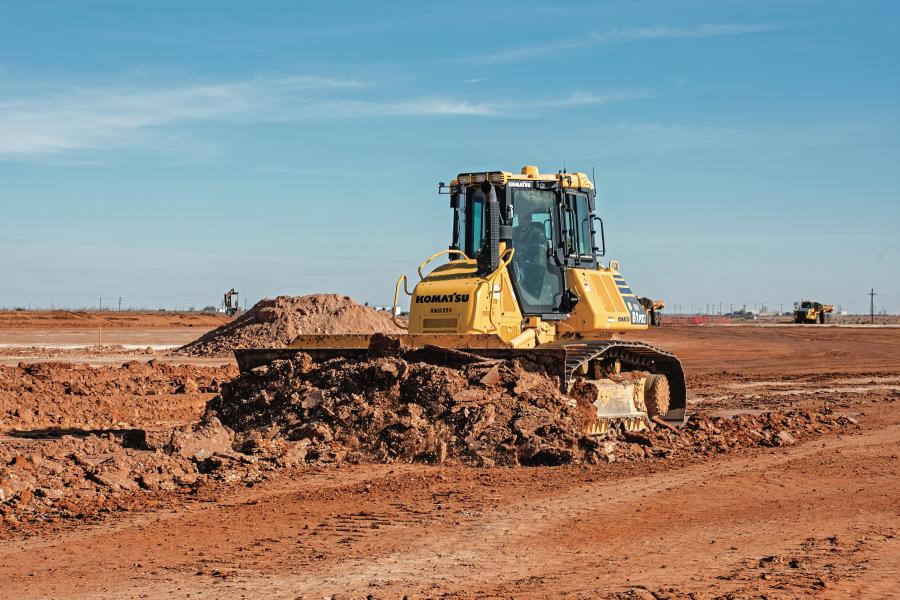 “We provide packages that include clearing, mass excavation, finish grading and balancing sites for new well pads, frac ponds, tank batteries and more,” said Lott. “We pioneer the roads back to them and put down any rock or necessary stabilization materials. When we are finished, the customer is ready to install their piping and other systems.”

“We put in all the subsurface drainage, including piping and catch basins and built a detention pond,” said Lott. “We also leveled the site to engineered grade. At completion, the next contractor could come in and pour concrete without doing any additional dirt work because the site was put to grade with GPS technology.”

Southern Transport & Equipment uses GPS systems from start to finish on nearly every assignment. Stilley scouts locations with an all-terrain vehicle and a rover to map existing topography. He then loads that information into a CAD file and builds a model for cut/fill and other site-work specifications.

“That process allows us to show customers a very accurate plan that includes proper drainage, and on well sites it gives them the necessary information to determine where to go with piping, well centers and other items,” Lott said. “Staking is minimal, so costs are reduced. We load the models into our Komatsu intelligent Machine Control dozers and get to work.” 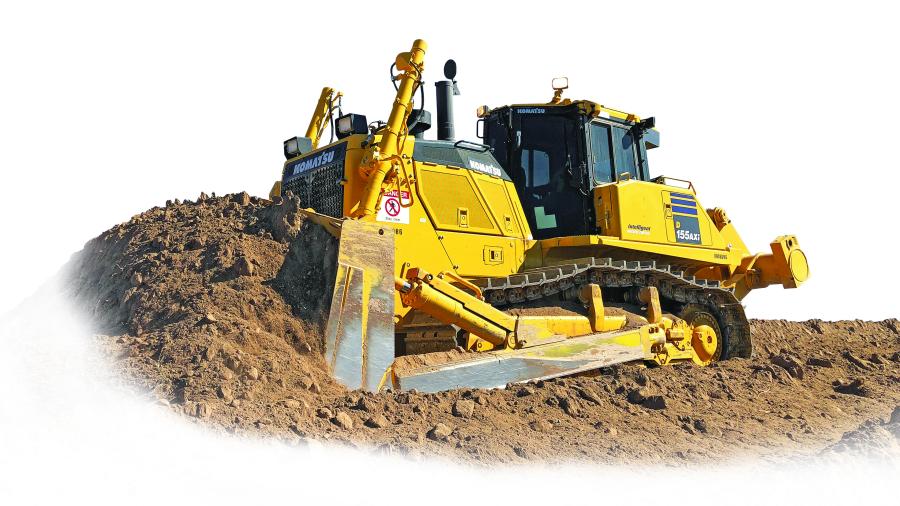 “Our first machines were competitive models with aftermarket systems, and we were not impressed with how they performed,” said Lott. “We were looking for a dozer that would make aggressive pushes in tough material, and a friend suggested we look at a standard Komatsu D155. Michael and I swung into Kirby-Smith's Odessa branch to see what they had available. At the time, we weren't familiar with Komatsu's intelligent Machine Control equipment.” 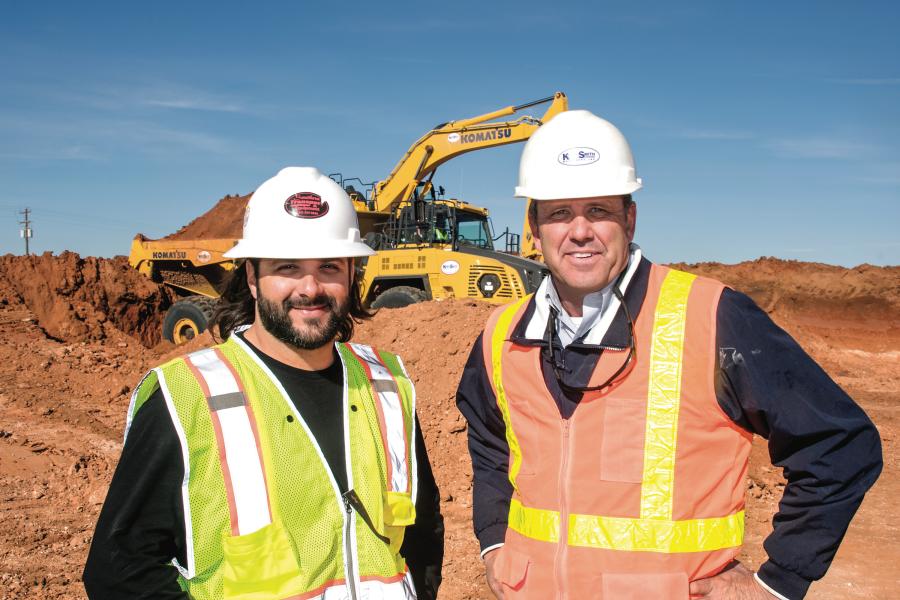 “The material at the site where we tested it had very coarse aggregate, and the dozer handled that with ease,” said Lott. “The grade control is phenomenal, and the fact that we can use a machine of that size from first pass to last on large-scale projects such as building well pads is incredible. We have since purchased a second.”

“No matter the size of the dozer, the integrated system works flawlessly,” said Lott. “The cost savings are apparent. Fuel usage is down, while production and efficiency are up. We love that there are no masts or cables to install or remove every day. That increases our time spent moving material.”

The company has invested in standard Komatsu machinery as well. It uses a WA500 wheel loader to fill trucks at a gravel pit the firm operates near Big Spring, Texas. On some jobs, Southern Transport & Equipment relies on PC360LC-11 excavators and HM400 articulated haul trucks to move mass amounts of material.

“Once we tried the intelligent dozers, Komatsu became our brand of choice,” said Lott. “In addition to being quality equipment, it's backed by exceptional service. We like that Kirby-Smith takes care of scheduled service with Komatsu CARE for the first 2,000 hours or three years. Service is done on-site and when it's convenient for us, so downtime is minimized. Kevin and Kirby-Smith are excellent to work with from every standpoint. They go above and beyond to take care of us. We are extremely happy that we stopped in and talked to Kevin.”

Southern Transport & Equipment has its goals set beyond the Permian Basin. It's contracted to do site development for some sand pits, one of which is in southern Texas. Lott plans to gradually expand the commercial side of the excavation operations, eventually making its geographic coverage area a large part of Texas, including the San Antonio and Houston metroplexes.

“Houston is closer to my origins, so ideally, we would move that way,” said Lott. “I started my previous business with residential development work, and that's another market we are looking into. We also would like to diversify the commercial side into doing schools, shopping centers and stores, among others.”

Whatever the company does, Lott said its main focus will remain on quality and customer satisfaction.

“We're doing a lot of work for repeat customers because they see that we complete their projects on time, on budget and to their satisfaction,” he stated. “Bottom line, that's why we have been successful and grown so fast.”