New Hampshire DOT to Ponder Future of Bridge to Vermont 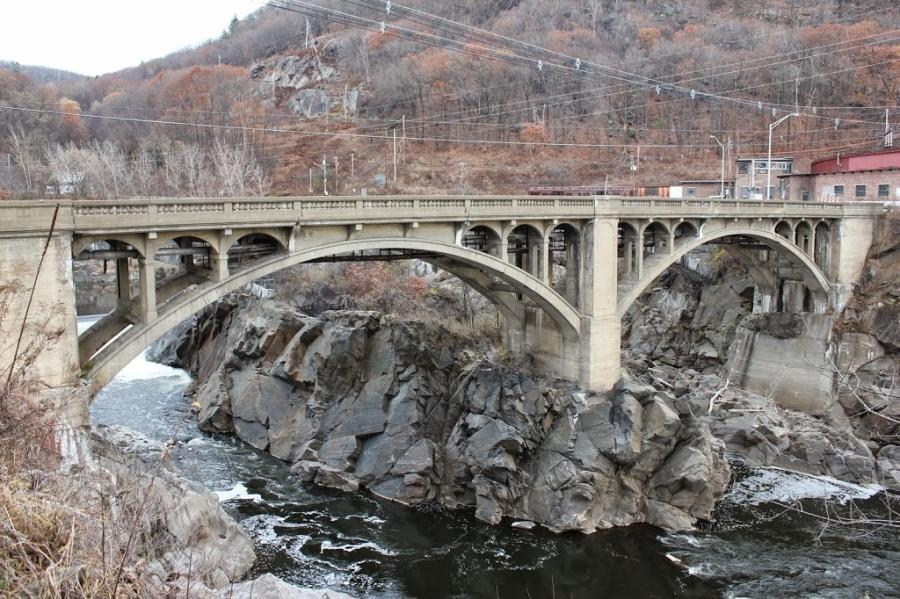 A view of the Connecticut River bridge from the Vermont side. Via Lost New England http://url.ie/11pan

The New Hampshire Department of Transportation is going to consider the future of a long-closed Connecticut River bridge that links North Walpole with the village of Bellows Falls, Vt.

The move gives hope to some people on the Vermont side of the bridge who said its closure has hurt the community because traffic that once flowed through the village now travels on a bridge to the north that bypasses the heart of the community.

“I think there are some reasons for optimism,' said Deb Wright, a Bellows Falls resident and former village trustee who recently gave a presentation to village trustees and the select board in the town of Rockingham. “I think there's some cooperation among departments.'

The New Hampshire DOT's Bill Boynton said the future of the Vilas Bridge is not on New Hampshire's 10-year-transportation plan, but it was included on a notice to the Southwest Regional Planning Agency about meeting on the region's future priorities.

The bridge, which is owned by the state of New Hampshire, has been closed since 2009 when an inspection found deterioration in the bridge deck. About 4,600 vehicles a day crossed the bridge before it was closed.

New Hampshire hasn't wanted to repair the bridge because of the nearby alternative.

The New Hampshire Preservation Alliance has said the span is the last remaining concrete arch bridge of its type in the state, and put it on its annual list of structures to save in 2012.—AP