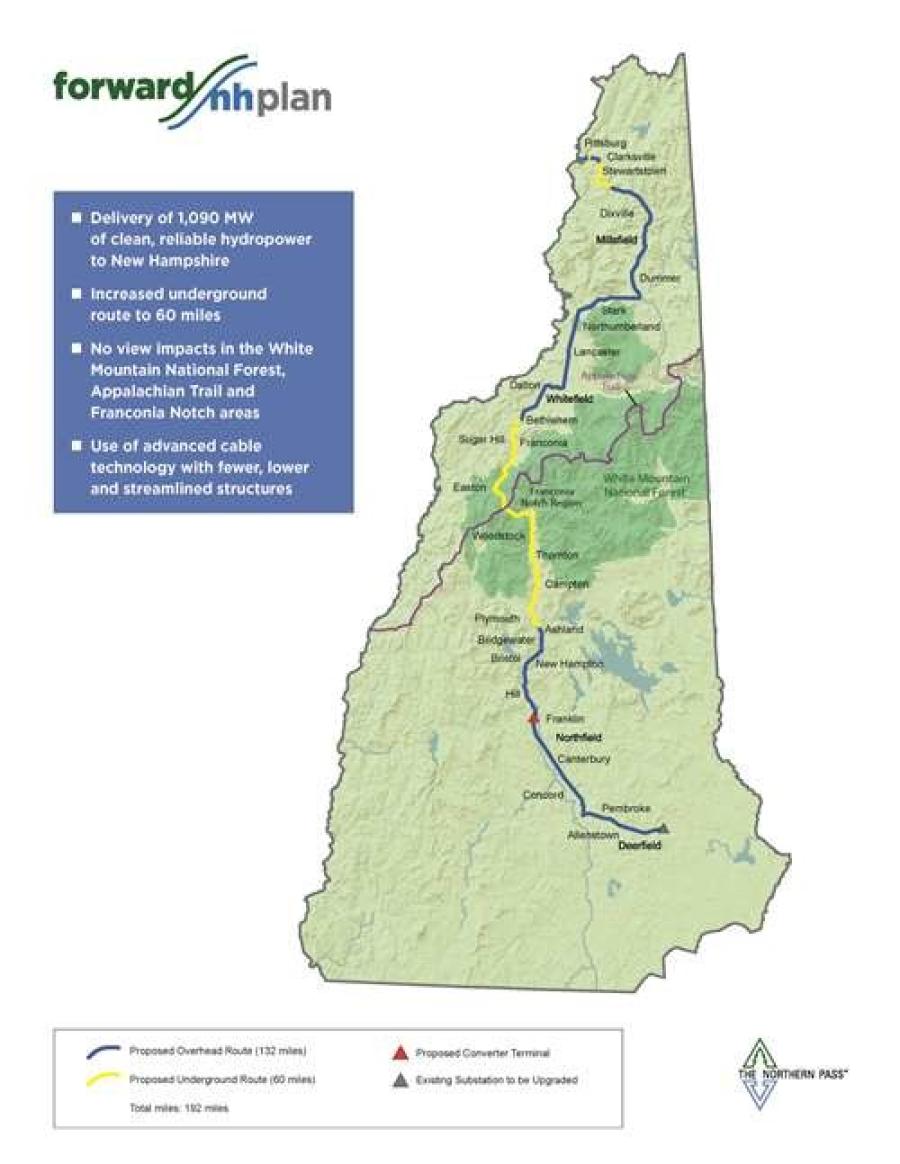 CONCORD (AP) New Hampshire regulators completed their hearings on the Northern Pass project and planned to start their deliberations in December.

In April, hearings before the state Site Evaluation Committee began on the $1.6 billion plan to bring hydropower from Canada to southern New England markets. More than 120 witnesses testified over an eight-month period.

The project seeks to run a 192-mi. transmission line from Pittsburg to Deerfield, carrying enough hydropower to power about a million homes. Hearings were completed Dec. 21.

The committee's scheduled to start 12 days of public deliberations on Jan. 30, leading to an oral decision on Feb. 23. A final, written, decision is due by March 31.

Meanwhile, in Canada, the province of Quebec on Dec. 21 granted Hydro-Quebec a permit to construct the hydroelectric transmission line to connect with Northern Pass at the U.S. border.

Eric Martel, president and CEO of Hydro-Quebec, said the permit approval “marks a major milestone, adding one more key authorization to those that have already been granted on both sides of the border.”

The U.S. Department of Energy granted a permit for the project in November. Northern Pass also has formal contracts with suppliers and a labor agreement with construction managers and unions. It hopes to start construction in the spring of 2018.

The project has pitted supporters who argue it will create jobs and cut energy costs against those who fear the transmission lines will destroy scenic views, reduce property values and hurt tourism.